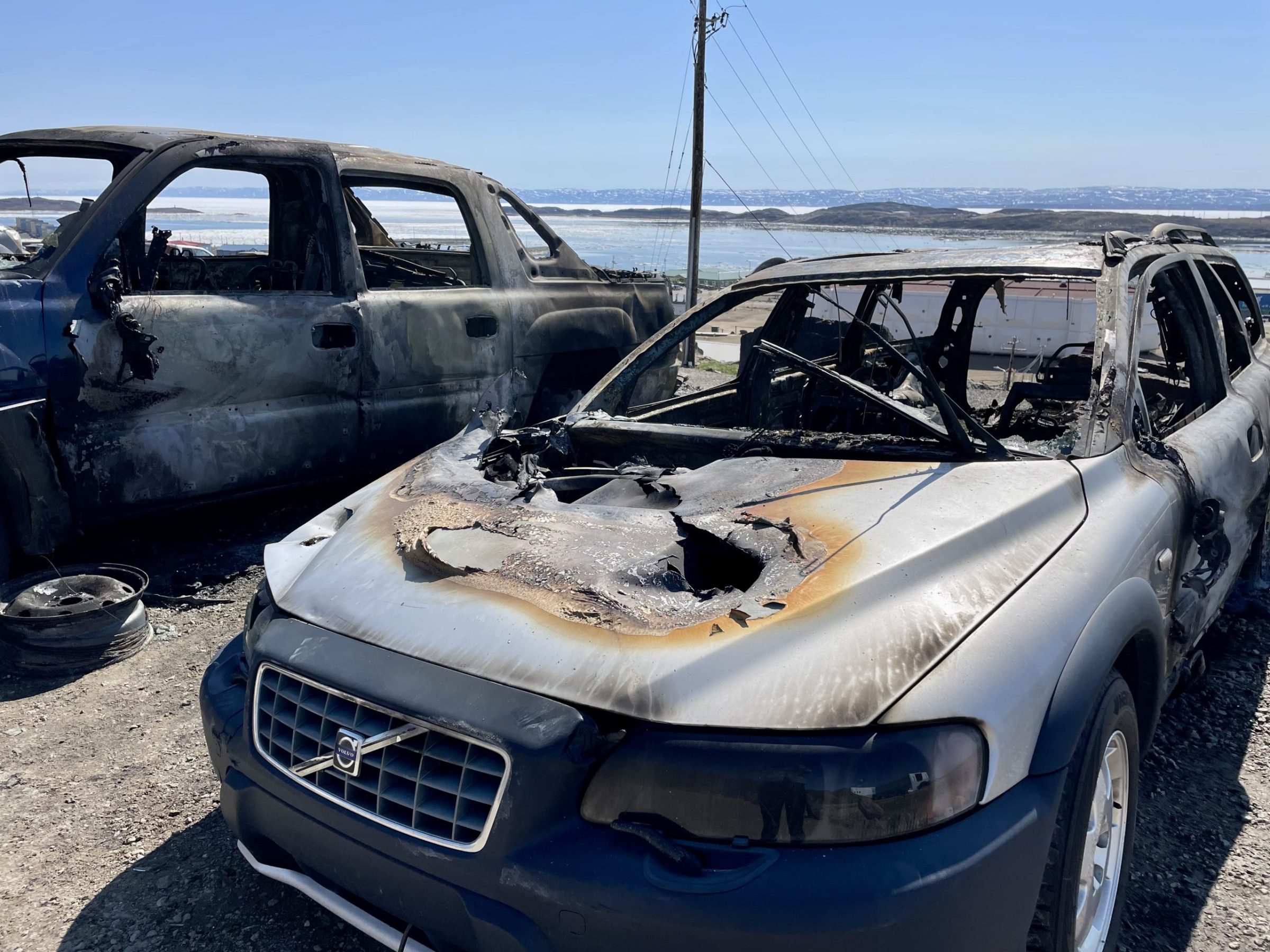 Two cars that burned in an early morning fire in Iqaluit Tuesday remained outside the city’s eight-storey building later in the day. (Photo by Emma Tranter)

Two vehicles were damaged in an early morning fire in Iqaluit Tuesday, according to a city spokesperson.

The Iqaluit Fire Department responded to a report of two vehicles on fire behind the city’s eight-storey building at approximately 1:30 a.m., Aleksey Cameron told Nunatsiaq News in an email.

Eight firefighters were on scene for approximately two hours. 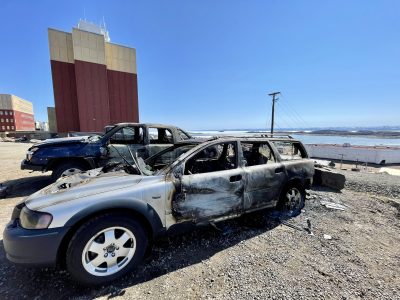 Two cars burned in an early morning fire in Iqaluit on Tuesday. (Photo by Emma Tranter)

“A third vehicle nearby was prevented from becoming involved, thanks to the quick response and control of the fire by the Iqaluit Fire Department,” Cameron wrote.

She said RCMP also responded to the fire. There were no reported injuries.

In an email to Nunatsiaq News, Iqaluit RCMP said the matter is under investigation.