The Healy, which had its season cut short by a fire last year, will sail from Dutch Harbor to Nuuk 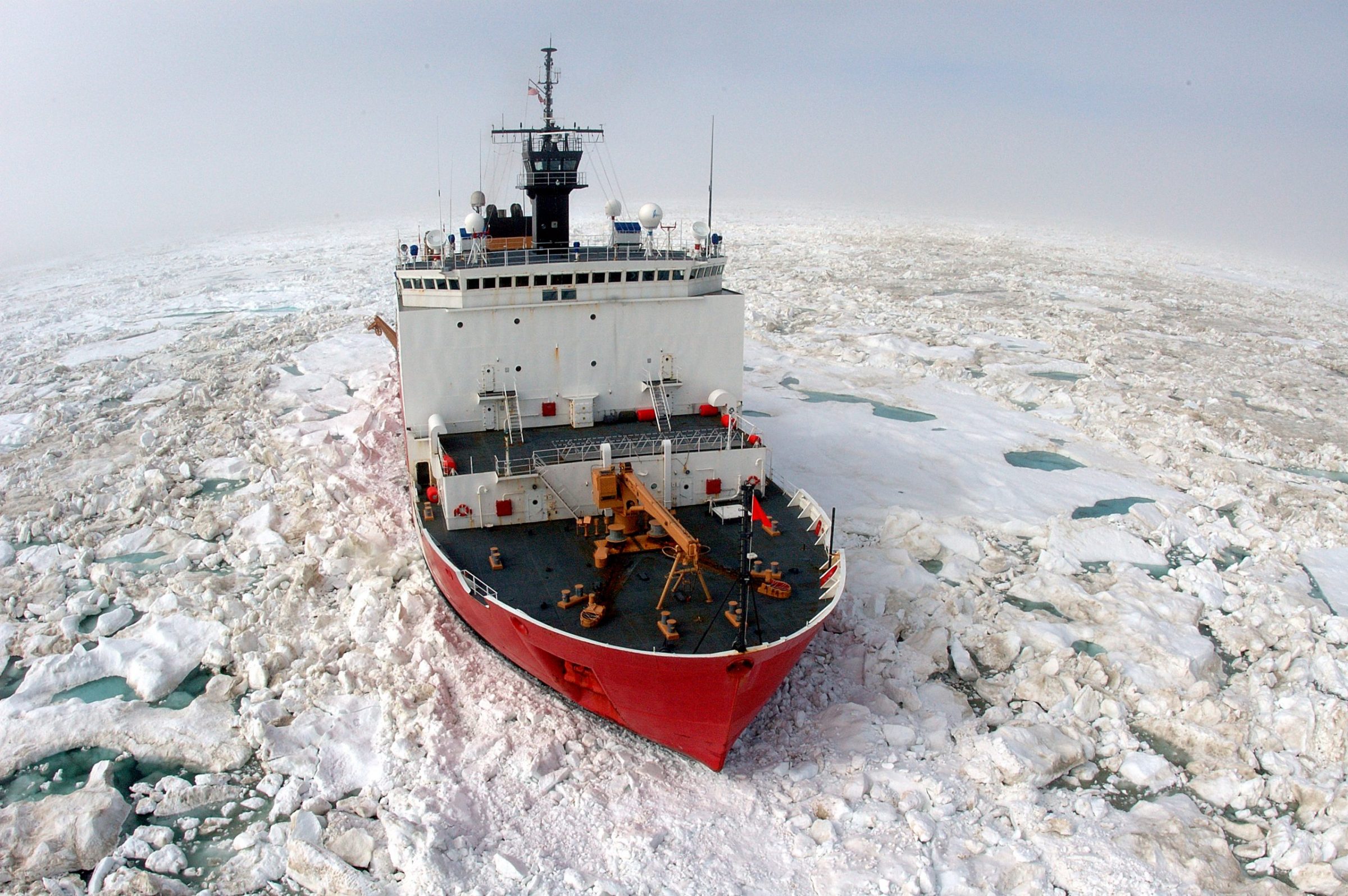 The U.S. Coast Guard Cutter Healy, a 130-metre icebreaker, is seen breaking ice in support of scientific research in the Arctic Ocean in 2006. The Healy is expected to transit the Northwest Passage later this year. (Photo by Prentice Danner/U.S. Coast Guard)

The U.S. Coast Guard will transit through the Northwest Passage later this year, in collaboration with Canada, Adm. Karl L. Schultz announced on Thursday.

Healy underwent repairs this winter, the commandant said, “returning her to her home port in preparation for a historic Arctic patrol this coming summer.” The Healy began her service life with a transit through the passage in 2000.

A spokesperson for the U.S. Coast Guard told ArcticToday that the mission is “definitely not a FONOP; it’s being planned in coordination with Canada.”

Healy, a medium-class icebreaker, will be deployed to the Arctic for four and a half months, the spokesperson said, including three weeks of operational ice testing “to calibrate critical engineering systems and engagements with partner nations.”

The transit through the Northwest Passage with be a partnership with the international science community and institutions from the U.S., Canada, and Denmark.

According to a document published by the U.S. University-National Oceanographic Laboratory System Arctic Icebreaker Coordinating Committee, the mission will begin in Alaska’s Dutch Harbor in mid-August and end in Nuuk, Greenland, in mid-September, with operational exercises in Canada’s Baffin Bay along the way.

The mission, to be undertaken with Canada’s foreign service agency, falls under the terms of the 1988 treaty on U.S.-Canada cooperation in the Arctic, rather than a freedom of navigation operation (FONOP), as was floated in recent years.

In 1985, the heavy icebreaker Polar Sea transited the passage from Greenland to Alaska without telling Canada first, triggering a diplomatic controversy. The U.S. believes the Northwest Passage is an open sea route, while Canada asserts the route consists of internal waters that fall under its jurisdiction.

But since signing a treaty in 1988, the U.S. has notified Canada — and worked with the Canadian Coast Guard — on journeys through these waters.

The treaty is “more or less an official ‘agree to disagree’ document,” Troy Bouffard, an instructor at University of Alaska Fairbanks, told ArcticToday. The agreement allows the U.S. and Canada to work cooperatively in the Arctic without ceding any recognition of claims or sovereignty on either side.

The last U.S. transit through the Northwest Passage was in 2017, when a Canadian Coast Guard icebreaker assisted the U.S. cutter Maple through the route.

In 2019, Navy officials and Sen. Dan Sullivan, a Republican from Alaska, said the U.S. would conduct an exercise in the Arctic, likely a freedom of navigation operation, possibly through the Northwest Passage.

The reason given for the proposed exercise was Russia’s declaration, in March 2019, that it would restrict traffic on the Northern Sea Route, a move then-secretary of state Mike Pompeo said was illegal.

The Northwest Passage, Bouffard said, “got kind of pulled into this unnecessarily” amid concerns about the Northern Sea Route. “Freedom of navigation is an issue for both areas, but the two need to be decoupled because they’re completely separate issues.”

Those controversial plans, which would likely have inflamed tensions with both Canada and Russia, never came to fruition.

The joint exercise signals a return to normal and an important step forward for reestablishing cooperation, rather than competition, in the Arctic, Rob Huebert, assistant professor at the University of Calgary, told ArcticToday.

“It allays any sort of anti-Americanism that remains within Canada,” Huebert said, particularly since the Biden administration recently canceled the Keystone XL pipeline between the two countries.

And it sends a powerful message to other actors in the region, like Russia and China, that North American countries are working together in the Arctic.

“it sends the message that hey, we’ve got a special relationship with Canada, and we will do what is necessary for the ultimate security of the Arctic region, particularly on our side,” Huebert said.

With a joint exercise, the U.S. and Canadian forces would share knowledge and resources on operating in the passage.

“The Northwest Passage is still not completely surveyed up to today’s standards,” Bouffard said. “When the Healy can go into any of these environments, the crew is just going to learn an enormous amount and experience very real, challenging conditions, especially changing conditions.”

It’s important for Coast Guard services to become familiar with how the region is changing. Even if a crew had experience transiting the passage before, Bouffard said, “I’d be willing to bet it wasn’t the same.”

Understanding how to navigate the often-treacherous route, where sea ice frequently moves, would be key for potential search-and-rescue missions, particularly as the passage opens up to cruise ship and cargo vessel traffic.

Three weeks ago, the heavy icebreaker Polar Star returned from its first wintertime mission in the Arctic in four decades, where it reached the northernmost point on record for any U.S. surface ship in the Arctic winter.

“The Arctic continues to be a region of growing geostrategic importance, where the maxim ‘presence equals influence’ rings true,” Schultz said in his Thursday remarks.

The U.S. Coast Guard is an “example of how an Arctic nation responsibly governs its maritime activities while building and enhancing partnerships with an eye towards environmental stewardship and maritime security,” Schultz said.

Schultz also announced that the Coast Guard will assign an attaché to the U.S. Embassy in Copenhagen, Denmark, to work with both Denmark and Norway.

“This attaché will advance our national interests and work with our allies and partners to ensure a safe, secure and cooperative Arctic, as our strategic competitors maneuver for advantage in the region,” Schultz said.