A massive search has uncovered no sign of Solomon Tulurialik, 29 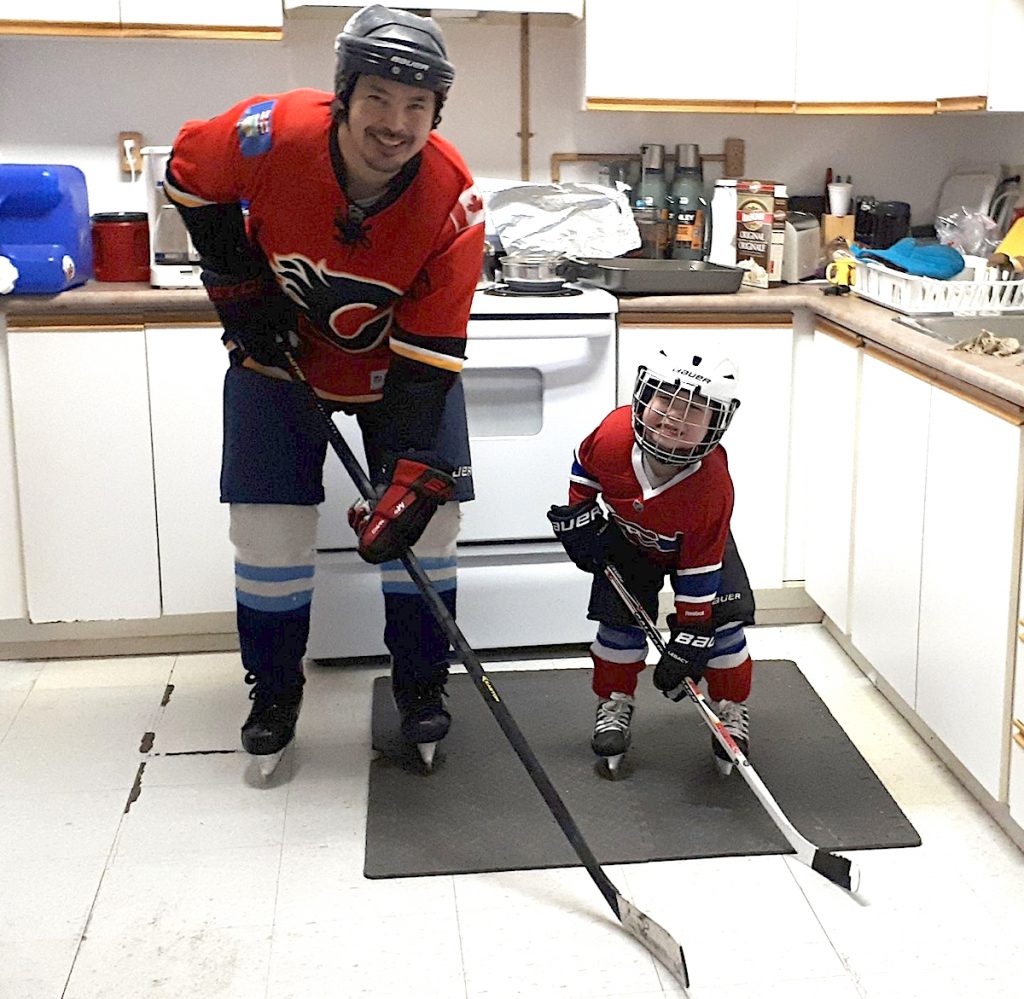 Avid hockey fan Solomon Tulurialik, 29, of Baker Lake poses with his son in this photo shared on Facebook. Searchers in Baker Lake have mounted an intensive search for Tulurialik, who has not been seen since July 31, when his boat ran out of fuel and he attempted to swim to shore. (Photo courtesy of Facebook)

Despite an intensive search effort over more than 10 days, searchers in Baker Lake have been unable to find any sign of a missing boater on Baker Lake.

As of Sunday night, searchers had still found no trace of Solomon Tulurialik, 29, known in Baker Lake for his community involvement.

Tulurialik headed out boating about five kilometres east of the Kivalliq community of about 2,000 on July 31.

When his boat ran out of fuel, he attempted to swim ashore.

Tulurialik, a haul truck driver for Agnico Eagle Mines Ltd., who was working most recently for Arctic Fuel, has not been seen since.

That drone, which can reach depths of up to 1,000 metres, contains a sonar system, an arm, and a live-feed video with GPS.

“Over the weekend, even during the wet and windy hours, we had searchers on the water,” said a Sunday update from the Hamlet of Baker Lake, in collaboration with Baker Lake Search and Rescue and the Baker Lake RCMP.

“Unfortunately, we have yet to be able to provide any news of success. Many areas have been covered but, as we are all aware, the lake is vast and deep.”

Meanwhile, more than 200 volunteer searchers, with 70 boats and about 50 all-terrain vehicles, worked with the Baker Lake search and rescue team to find Tulurialik, according to online SAR updates.

On land, searchers covered the areas from the mouth of the Thelon river to Prince River, and around the area from Tulurialik’s last location along the shore to the west end of town extensively.

Then, the Heart team from Manitoba was brought in to assist.

“Thank you to the Heart team for searching for my brother,” said Marianne Uqayuittuq in a posting on social media. “You guys did your best, all we can say is ‘Thank you for trying and God bless you!'”

Fundraising to help the search has included an online fundraising page, which has so far raised $4,000.

Local residents have also sold items, such as wolf mitts and an amauti, with the proceeds going to the search.

And the community of Rankin Inlet held a penny sale fundraiser at its community hall to show their support for the search.

All donations went to pay for the rover team, gas, food, rope, hooks and other supplies.

In Baker Lake, Tulurialik, a devoted father, is known as a great guy, residents say.

Known by the nickname “Salahockey” or Sala, he coached minor hockey this past year in the midget division and was also involved with the Senior Men’s hockey league.

“Not only was he a good role model for his players and his community, but also a good singer and musician,” said Karen Yip, who has co-ordinated communications for the search effort in Baker Lake.