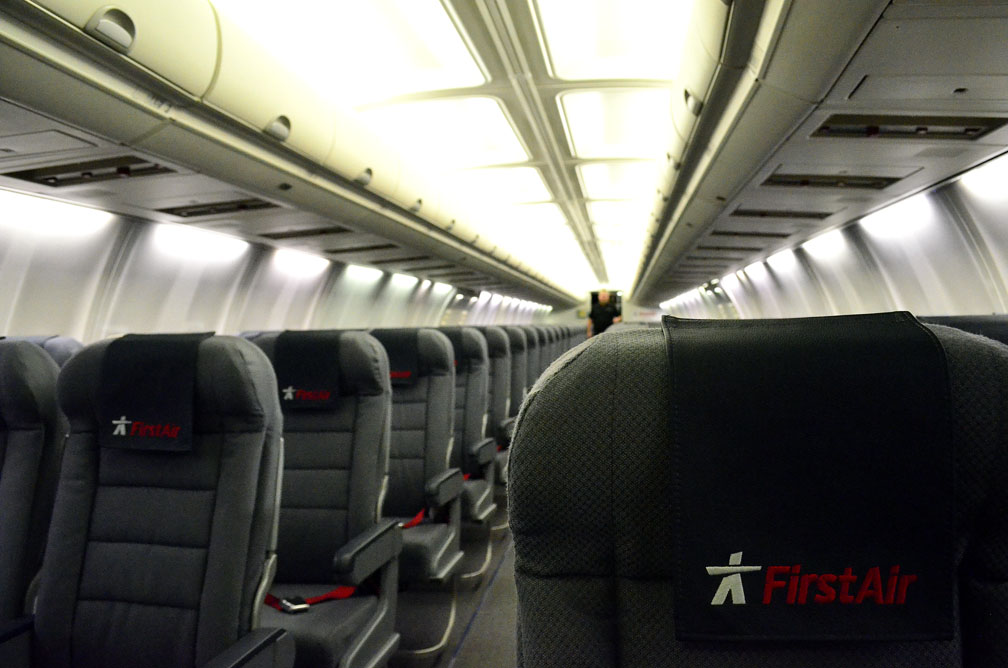 A Chesterfield Inlet man faces multiple charges for creating a disturbance aboard a First Air flight from Winnipeg to Rankin Inlet this past Friday. (File photo)

A 25-year-old Chesterfield Inlet man now faces multiple charges under the Aeronautics Act and the Criminal Code for creating a disturbance this past June 7 aboard a First Air jet that had arrived in Rankin Inlet from Winnipeg.

Members of the RCMP detachment in Rankin Inlet boarded the inbound plane after it landed in the community following a flight from Winnipeg.

That’s because the flight crew had alerted them to the presence of an “unruly passenger.”

“Upon arrival of the aircraft, Rankin Inlet RCMP members boarded the plane and arrested the unruly passenger who was still disrupting and causing a disturbance,” police said in a news release.

The Nunavut RCMP did not provide the man’s name.

Following his arrest, the man appeared in front of a justice of the peace, who remanded him into custody.

The man’s next court appearance is set for Wednesday, June 12, when he’s to receive a bail hearing.