“We’re all in the same boat” 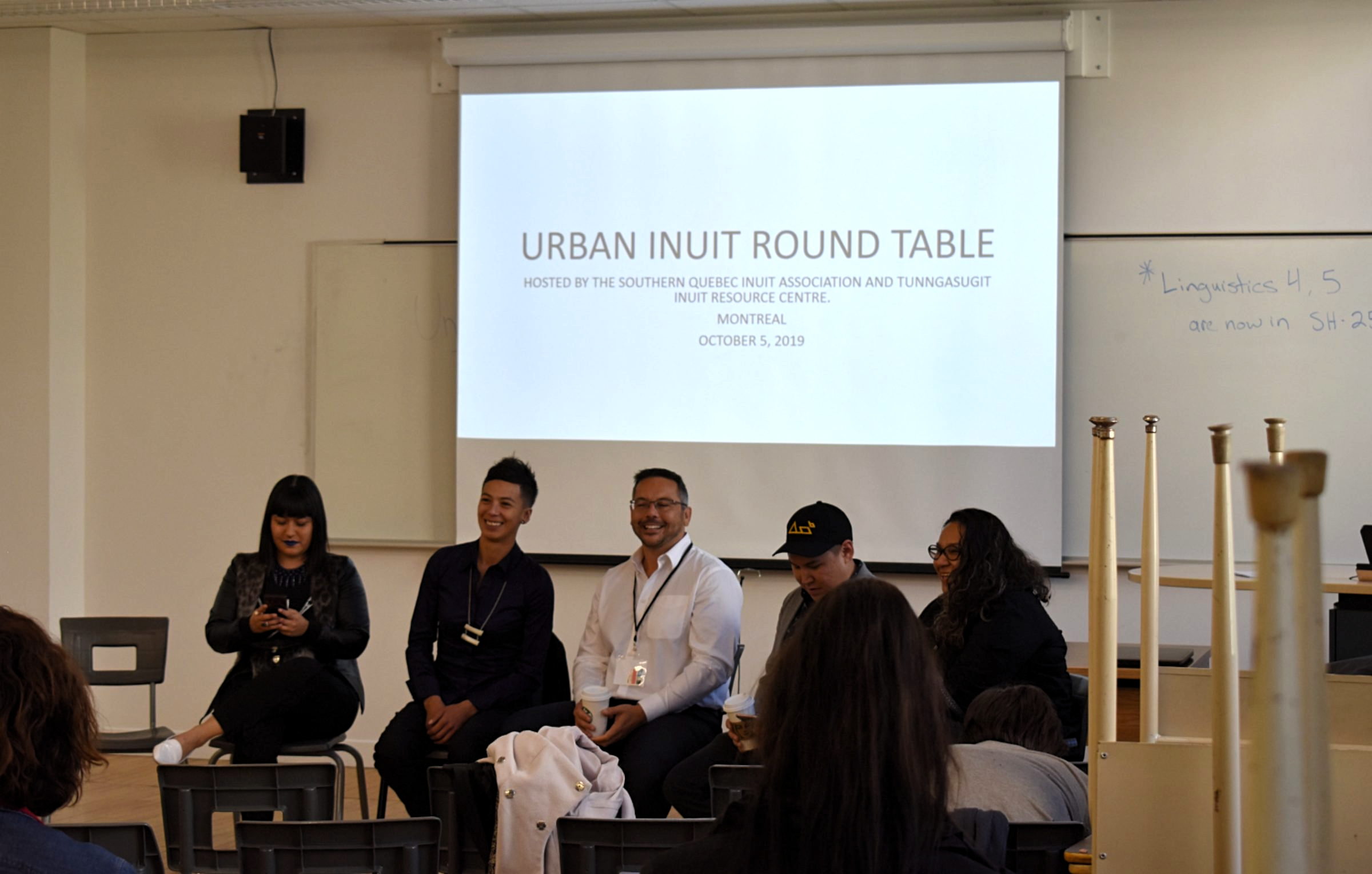 “For a long time, I felt like I was the only Inuk that ever grew up outside Inuit Nunangat,” says Joshua Stribbell, who grew up in Keswick, Ontario, with a non-Inuk father.

Stribbell spoke about his upbringing at the recent Inuit Studies Conference in Montreal, at a panel titled Urban Inuit Realities.

The panel gave urban Inuit speakers from across Canada the opportunity to discuss the experience of living, and in some cases growing up, in the south. Most panellists were also part of southern Inuit organizations, including Stribbell, who’s the acting president of the National Urban Inuit Youth Council and Tungasuvvingat Inuit’s program coordinator in Toronto.

But Stribbell’s participation in the Ontario Inuit community is a recent thing. It wasn’t until five years ago that he started to try and understand his identity and culture.

“Actually coming to this conference was a really special moment for me, to be able to come on a panel about urban Inuit,” Stribbell said.

But if the panel made one thing clear, it’s that there’s no single path to being an urban Inuk. Stribbell’s was one of the many complex experiences discussed.

Almost 27 per cent of Inuit live outside the traditional regions, and the reasons behind that migration vary widely. Inuit often leave for things like education, work opportunities, lower costs of living or medical reasons. And as more Inuit develop roots outside their communities, the next generation are increasingly being born outside Inuit Nunangat.

Settling outside the Inuit homelands isn’t always a choice, though. Inuit can easily get stuck while staying in the south temporarily.

Maxine Angoo, Tunngasugit Inc.’s Inuit outreach coordinator, found herself in that situation after moving to Winnipeg for school. When her funding was unexpectedly cut, Angoo couldn’t afford to return to Whale Cove and got a job to survive in the city. Over time, she built a life there.

Angoo said she always expected to go back home, but the lack of housing and work there makes it difficult, especially since she now has children.

Overcrowded housing also prevents Annie Pisuktie, the Southern Quebec Inuit Association’s secretary, from fulfilling her dream of returning to Iqaluit. She also said she’d need to bring her children with her and, after over 30 years in Montreal, she’s become a mother of three, grandmother of 13 and great-grandmother of two.

Others spoke about the stress caused by people assuming they hail from a particular region based on where they live in the south.

An organization can have a bunch of services, but they won’t be effective if they’re not inclusive, said Jason LeBlanc, executive director of TI in Ottawa. That inclusivity goes beyond regional differences, too—you aren’t any less Inuk if barriers stop you from producing a registration card, LeBlanc said.

Urban Inuit communities need to be places of support, especially because those communities are not recognized by the larger population.

Some people are so ignorant that people don’t even recognize Inuit as Inuit when hating on them, he said.

These general spaces can leave Inuit-specific organizations to struggle for funds. The Inuit community is small, SQIA Executive Director Tina Pisuktie said, so funds are considered more effectively spent when the money goes to all Indigenous people. But that approach neglects specific cultural needs within specific Indigenous communities.

Because of the invisibility Inuit face, an Inuk can miss the fact that they have a southern community at all.

Without support from the regions, southern organizations are left to take care of their communities alone. Panellists also said they don’t feel represented by Inuit Tapiriit Kanatami, with Stribbell calling on ITK and the four regions to recognize that “we’re all in the same boat.”