U.S. aircraft grounded in Iqaluit takes off for Greenland 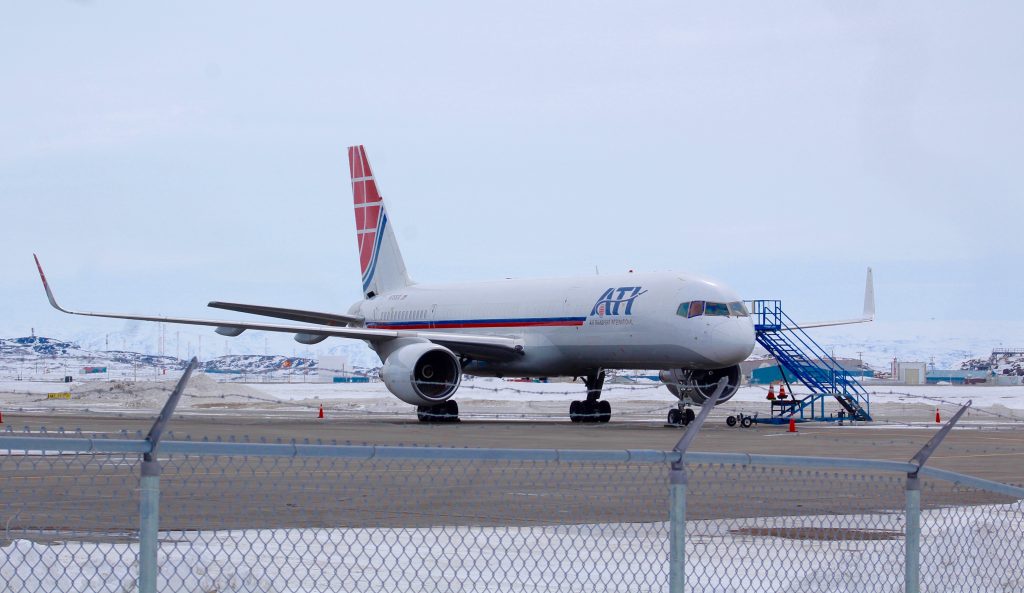 A U.S. aircraft, pictured here, was grounded in Iqaluit yesterday morning after it was unable to land in Thule, Greenland. Five crew members were on board and were transported to a local hotel. (Photo by Emma Tranter)

A U.S. aircraft grounded in Iqaluit departed for Thule, Greenland at 5:30 a.m. this morning with all passengers onboard.

The aircraft was grounded yesterday in Iqaluit after it couldn’t land at its destination.

“Earlier today, a commercial U.S.-registered aircraft flying to Thule, Greenland, was unable to land and was diverted to Iqaluit,” Premier Joe Savikataaq said in a news release April 23.

The plane, a freighter aircraft, had five crew members on board and was met by Canadian Border Services and Nunavut airport authorities, the release said.

“CBSA cleared the crew as they had no symptoms and temperatures were normal when taken on board,” the release said.

The Government of Nunavut and the chief public health officer were immediately notified of the diversion.

“They will be confined to their rooms with security, for the duration of their stay in Iqaluit,” the release said.