Access to the ATM at Rankin Inlet’s RBC branch will now stop after 9 p.m. 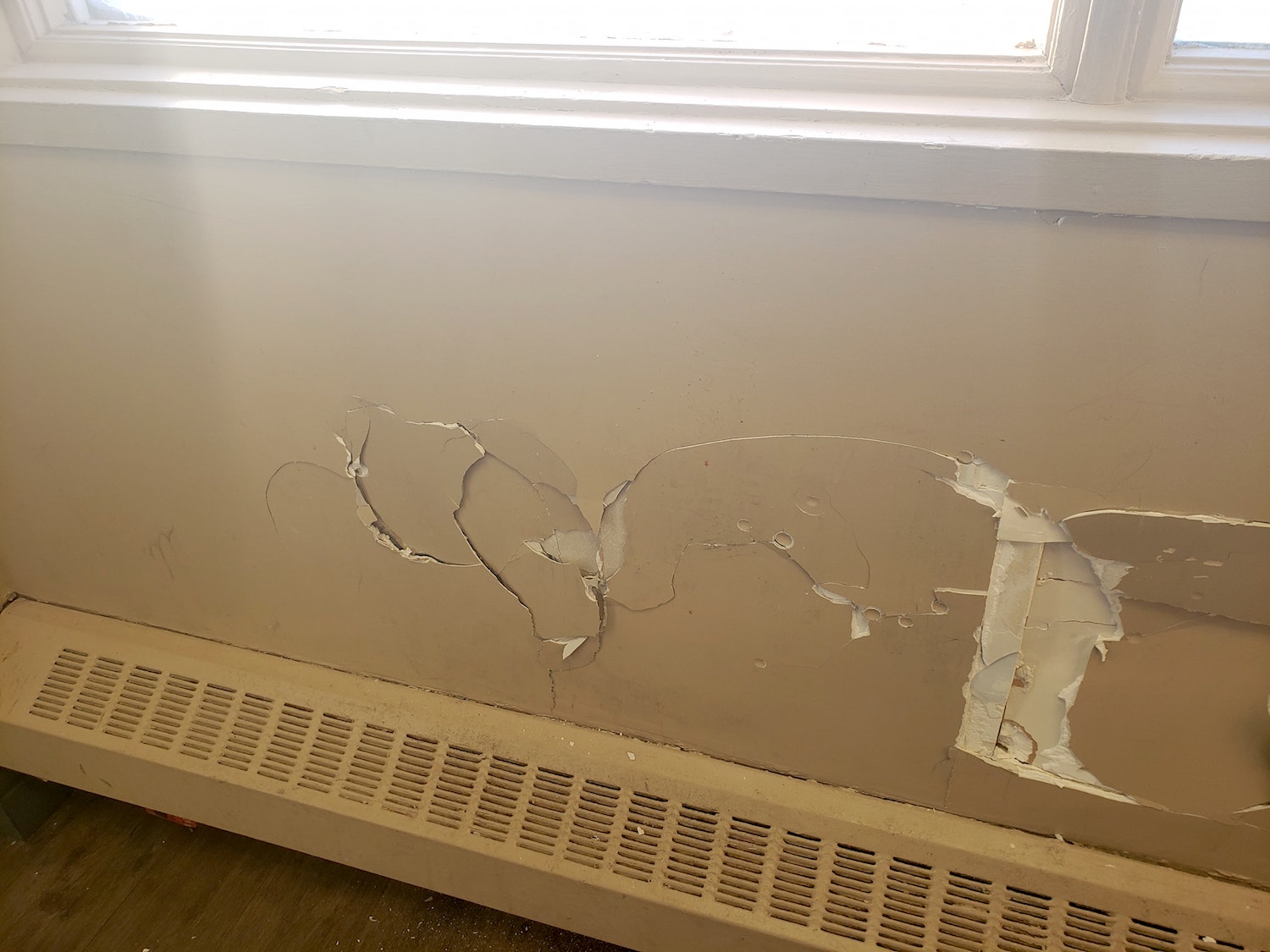 This is how the entrance to the Royal Bank of Canada branch in Rankin Inlet looks due to vandalism that took place during the night of Feb. 25. As a result, the ATM will no longer be open after 9 p.m. (Photo courtesy of Steve Conroy/Facebook)

The entrance to the Rankin Inlet Royal Bank of Canada branch, where its automatic teller machine is located, was a mess this morning and its clients were upset when they later learned they would no longer have access to the bank’s ATM after 9 p.m.

That’s all because vandals smashed walls and wrote graffiti last night inside the closed area housing the ATM. 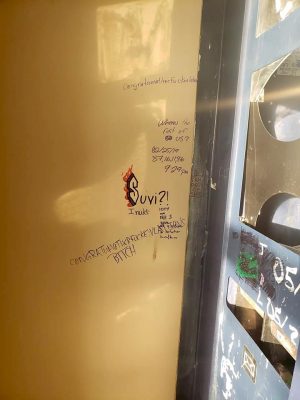 Judging from the graffiti written on the wall of the area around the ATM in the Royal Bank branch in Rankin Inlet, the vandalism took place on Feb. 25 at about 9:30 p.m. (Photo courtesy of Steve Conroy/Facebook)

As a result, Steve Conroy of KPM, which owns the RBC building, said there will no longer be access to the ATM after 9 p.m.

“We do have the culprits on video and they will be charged. Sorry for the inconvenience,” Conroy said on the community’s Facebook news page.

Conroy told Nunatsiaq News that his company and RBC are trying to work with the community, but that the latest vandalism is not acceptable.

The ATM has previously been a target of vandals: it was even set on fire in one incident.

“There have been worse situations,” Conroy told Nunatsiaq News. “It’s been ongoing for a while. The ATM has been very well abused by markers and lighters. It’s just in rough shape.”

RCMP Cpl. Jamie Savikataaq said today that no arrests had been made yet in connection with the incident, but that the “investigation is still ongoing.”

Residents responding to Conroy’s posting voiced their own frustrations in connection with this latest incident of vandalism in their community of about 3,000 people.

Jason Tologanak said RBC should be do more to stop vandalism by installing card-enabled door access, “which is in every other RBC location across Canada.”

“It’s sad that this continues to hamper clients’ access to this essential service because of unsupervised kids who choose to hang out in the lobby when there is a youth centre across the street,” he said.

Another RBC client said she didn’t like the fact that if she were to ever need cash after 9 p.m., she would have to pay a fee to use another ATM.

Yet another commenter said the real problem isn’t the hours of the Royal Bank’s ATM, because some young vandals will just find “another wall to mess up.”

“Take action to stop kids from doing this to our town,” said Angoshadluk Marc.

Vandalism is not new to Rankin Inlet: Doors to the arena and local stores have also been a target for vandals during winter.

And during the warmer months many youth take to the streets on all-terrain vehicles prompting many complaints about mischief.