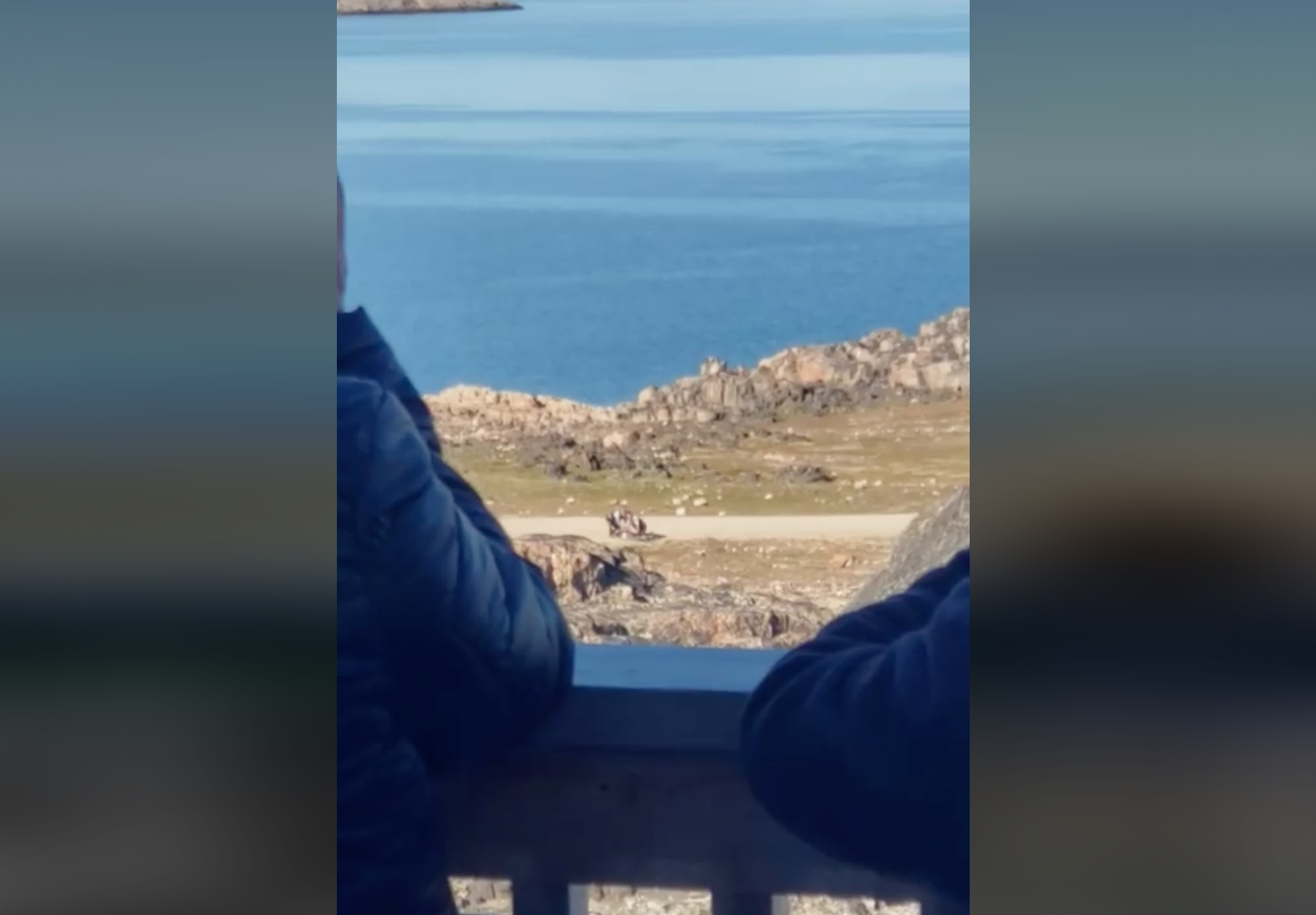 A video captured by a Kinngait resident shows an RCMP officer striking a man three times with his knee during an arrest on Sunday, Aug. 9. (Screenshot from Facebook)

The Nunavut RCMP say the forceful arrest of a Kinngait man, caught on video, was done to prevent injury to the man.

The arrest was captured on video by a Kinngait resident and circulated on Facebook on Sunday, Aug. 9. It shows a man lying on the ground by the beach area and being arrested by two RCMP officers.

At one point in the video, an officer strikes the man, who is on the ground, three times with his knee.

In a news release issued today, the police say Kinngait RCMP responded to a report of an intoxicated man on the roadway near the beach area shortly after 4 p.m. on Sunday.

When the police arrived, the man was unresponsive, the release said.

The police said when they attempted to wake the man, he became agitated and swore at the officers.

The officers arrested the man for violation of the liquor act and public intoxication.

The man resisted arrest, hiding his arms under his body and twisting the hand of one of the officers, the police said.

That officer then struck the man with his knee to “get him to stop assaulting and prevent injury to his head,” the release said.

“A portion of this arrest was captured on video and posted in the public domain. No injuries were sustained by the male or RCMP members,” the release said.

The man was transported to the Kinngait detachment’s cells and was released without charge.

Nunatsiaq News has not been able to reach the man in the video for comment.

In June, a video was posted online that showed an RCMP officer knocking down a Kinngait man with a police vehicle during an arrest. That officer was removed from the community and is under investigation.