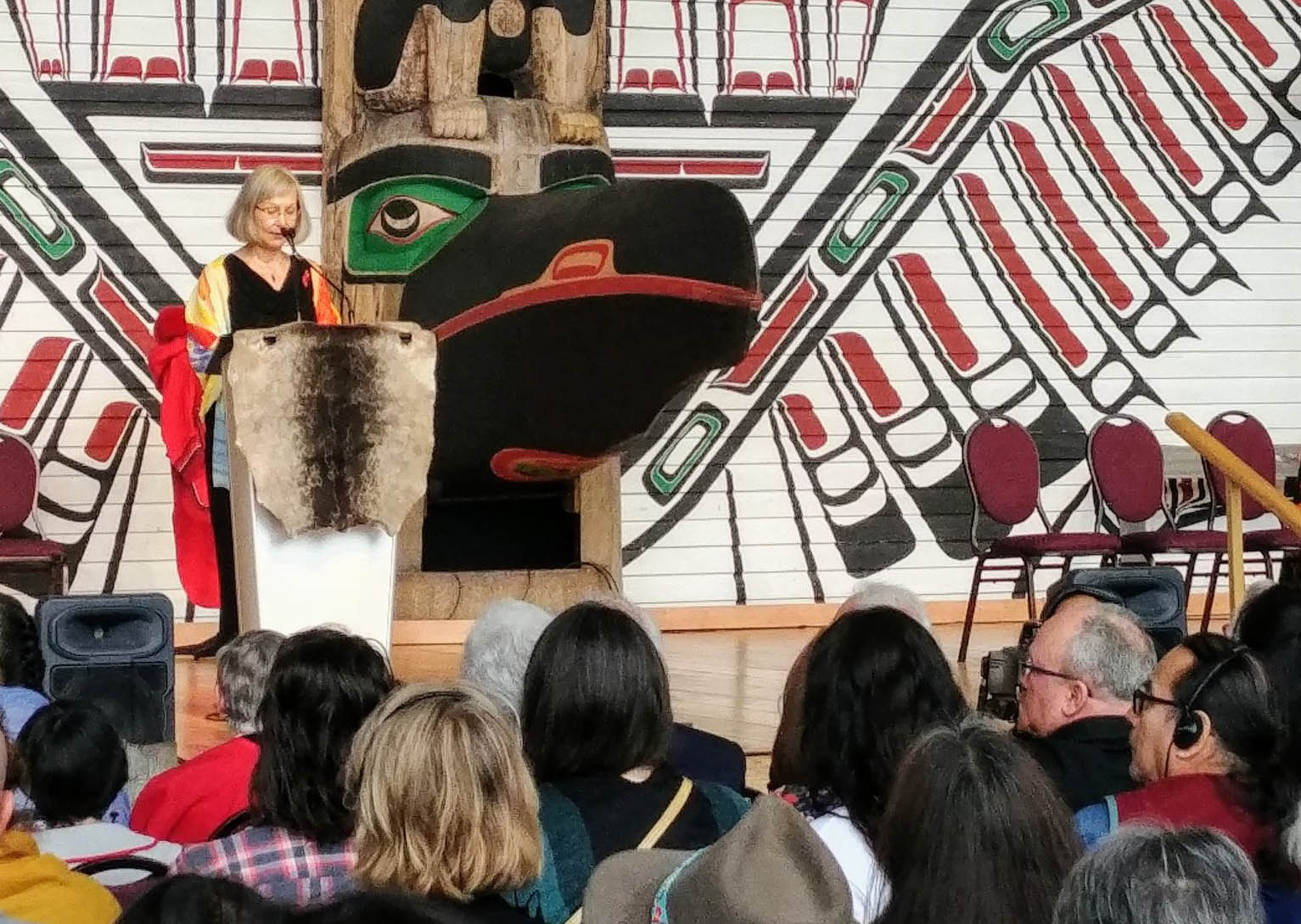 “Despite their different circumstances and backgrounds, all of the missing and murdered are connected by economic, social and political marginalization, racism, and misogyny woven into the fabric of Canadian society,” said the inquiry’s Chief Commissioner Marion Buller at the commission’s closing ceremony in Gatineau, Que., on Monday, June 3. (Photo courtesy of @MMIWG)

The staggering rates of violence against Indigenous women and girls in Canada amount to a form of race-based genocide, a national commission has concluded, following a two-year inquiry.

In its final report, the National Inquiry into Missing and Murdered Indigenous Women and Girls said that deliberate, ongoing human and Indigenous rights violations are the root cause behind that violence.

“Despite their different circumstances and backgrounds, all of the missing and murdered are connected by economic, social and political marginalization, racism, and misogyny woven into the fabric of Canadian society,” said the inquiry’s chief commissioner, Marion Buller, at the commission’s closing ceremony in Gatineau, Que., on Monday, June 3.

“The hard truth is that we live in a country whose laws and institutions perpetuate violations of fundamental rights, amounting to a genocide against Indigenous women, girls and 2SLGBTQQIA (two-spirit, lesbian, gay, bisexual, transgender, queer, questioning, intersex and asexual) people.”

The report looks back to the very first harmful encounters Indigenous women faced, from 16th century explorers and early Christian missionaries, who staked claims to Indigenous territory and challenged Indigenous leadership and ways of life.

Those colonial structures persist today, the report noted, through tools like the Indian Act, the residential school legacy and child welfare systems.

The inquiry’s report acknowledges that there is disagreement around what constitutes genocide and whether or not it applies to Canada.

“Genocide is the sum of the social practices, assumptions, and actions detailed within this report; as many witnesses expressed, this country is at war, and Indigenous women, girls, and 2SLGBTQQIA people are under siege,” the report said.

Commissioners said it was impossible to determine the exact number of missing and murdered Indigenous women in Canada, though it’s estimated in the thousands.

In attendance at the final ceremony, Prime Minister Justin Trudeau welcomed the report and pledged his government’s support in responding to its recommendations with “meaningful, Indigenous-led action.”

But many noted that the prime minister did not use or acknowledge the term genocide.

Asked about that later, Chief Commissioner Buller responded: “We don’t need to hear the word genocide come out of the prime minister’s mouth, because families have told us their truth.”

The report is the culmination of a process that lasted two and a half years and included community hearings, expert panels, and the testimony and input of over 2,300 people, including hundreds of Inuit who gave testimony or statements.

Those calls for justice include the following:

The report also includes 46 Inuit-specific recommendations. Among them, a call for governments to honour land claims and their socio-economic commitments to Inuit, the creation of laws and services to protect Inuit culture, and the recognition of Inuktut as an official language in Canada.

Chief Commissioner Buller said on Monday morning that the calls for justice “are not just recommendations, they are legal imperatives.”

You can read the full report in English, as well as an executive summary of the report in Inuktitut at the inquiry’s website.

Read more about the Inuit-specific recommendations and reaction to the report later at Nunatsiaq.com.