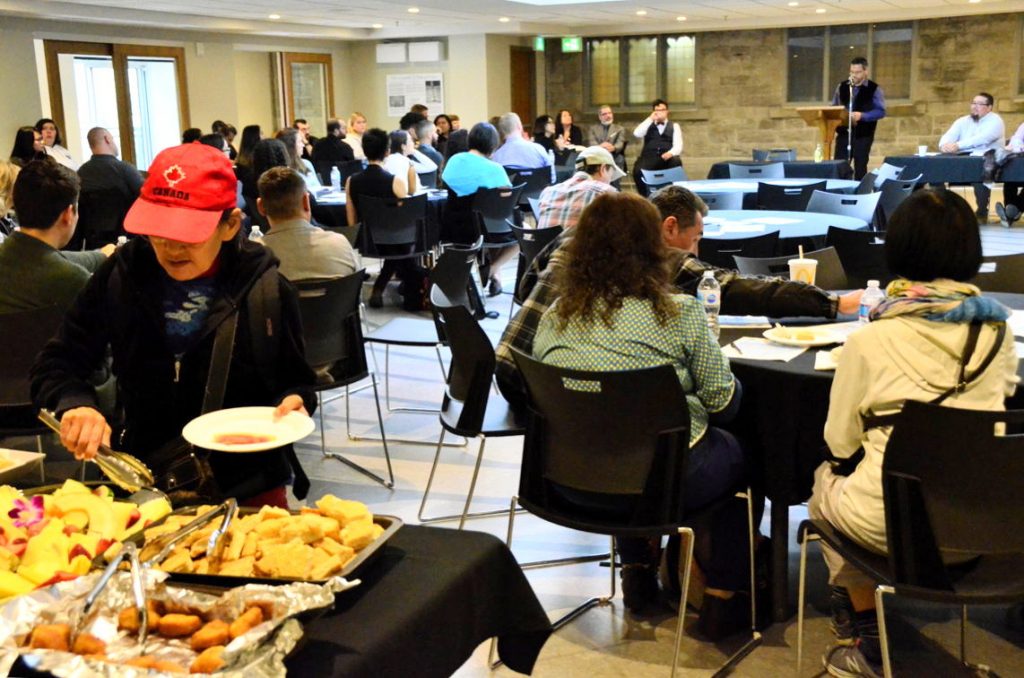 Welcome to the “fifth region” of Inuit Nunangat. At the Tungasuvvingat Inuit annual general meeting in Ottawa on Friday, Sept. 27, TI president Kaajuk Kablalik and executive director Jason LeBlanc said they estimate that around 40 per cent of Inuit in Canada now live in urban and southern regions. TI now serves that population with more than 20 programs, and by the end of the year will employ more than 100 people. (Photo by Jim Bell)