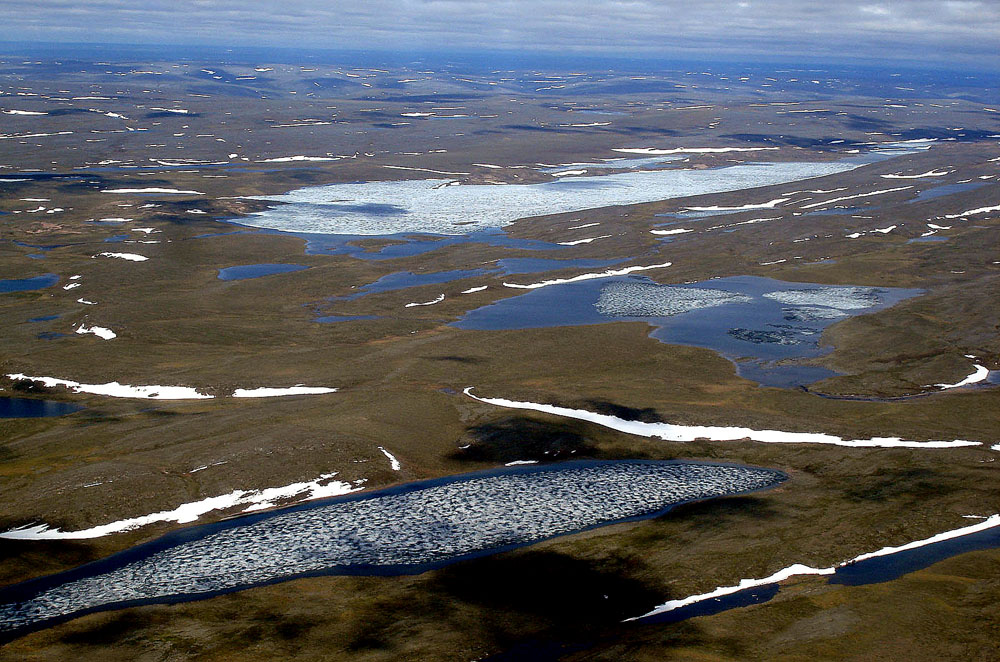 A stretch of land near Hackett River in the Kitikmeot region, a mixture of Inuit-owned and Crown lands. Hackett River holds a rich silver deposit owned by Glencore. (FILE PHOTO)

The Nunavut Planning Commission says it will use new feedback from governments, Inuit organization, and other stakeholders to make changes to its controversial two-year-old draft land use plan for Nunavut.

“The commission met on December 6, 2018, and passed a unanimous motion to revise the 2016 DNLUP [draft Nunavut land use plan] based on the existing record and any responses to the recent additional written submissions,” NPC’s executive director, Sharon Ehaloak, said in a news release.

After requesting more submissions this past July, the planning commission received numerous additional comments on the draft land use plan it had released in 2016.

The process leading towards a final land use plan had ground to a halt in 2017, when the commission postponed regional hearings in the Kivalliq and Kitikmeot.

That came in the wake of widespread opposition to the 2016 draft plan, especially from Inuit organizations, the Government of Nunavut and mining interests.

All three parties must say yes

The Government of Canada, the Government of Nunavut and Nunavut Tunngavik Inc. each must approve the final land use plan before it can be brought into legal force, a rule that gives each of the three parties an effective veto.

Nunavut Tunngavik Inc. and the three regional Inuit associations are generally opposed to the creation of protected areas on Inuit-owned lands, saying that could block the exploitation of the mineral wealth those lands contain.

NTI controls the lands on which Inuit hold ownership rights to minerals under the surface, and said Inuit specifically chose those lands for their mineral potential.

“The current DNLUP does not adequately address Inuit concerns, goals and objectives,” NTI said in 2017.

But in its new 2018 submission, NTI calls on the NPC to restart regional hearings.

“The oral public hearing process should be restarted based on a redrafted DNLUP, allowing for each region to participate in the process,” NTI and the regional Inuit associations said.

In response, the commission met on Dec. 6 and decided to re-start the process with regional hearings.

But those regional public hearings can happen only if the NPC gets additional money from the federal government to continue the land use planning process.

“It needs to be recognized that in-person community engagement and public hearings as set out under the Nunavut Agreement will require supplementary funding,” Commission Chair Andrew Nakashuk said in the release.

The NPC says it hopes to receive funding in March or April of 2019, but right now can’t set a timeline for the draft plan until they hear from the federal government.

Attendees of the Nunavut mining symposium heard in April that the land use plan process isn’t likely to materialize until 2022.

If federal funding doesn’t come through, the commission will carry on with revisions to the draft land use plan “within its resources,” the release said.

In the meantime, the NPC will receive responses to its newest submissions until Jan. 25, 2019.

As of Nov. 29, the NPC received submissions from:

But intervenors remain divided over how much land should be protected from mineral development.

“The current version of the plan has significantly and unnecessarily increased the amount of land that is off limits to mineral exploration and mining,” the Nunavut Chamber of Mines said in an Oct. 30 letter to the NPC.

“Restricting land from development should be seen as a serious last resort, where the social and environmental protections afforded by the existing NIRB process is deemed inadequate.”

Rankin Inlet’s HTO, on the other hand, said there is a need for protected areas for caribou and walrus. And they supported a Manitoba to Nunavut transportation corridor as part of the draft plan.

“The Kangiqliniq HTO is concerned about the impacts of exploration and mining on our ability to hunt and on the well-being of the wildlife that we hunt,” chairperson Brian Sigurdson said.

The Spence Bay hunters and trappers association in Taloyoak said it has yet to see any mention of its request to have protected areas around the Boothia Peninsula expanded.

“It remains unclear if or how the NPC will incorporate the request to protect the Boothia Peninsula from mining development in the ongoing development of the NLUP,” the Taloyoak submission read.

“The significant amount of time that has passed since the previous stage of the NLUP process leaves the HTA confused about where the process is currently at.”

“Caribou habitat remains one of the most debated issues in the plan, but as the process remains marred with delays, herds of barren-ground caribou across Nunavut continue to decline sharply, with no signs of recovery,” WWF-Canada wrote in its submission.

The Government of Canada, the Government of Nunavut and Nunavut Tunngavik Inc., all must approve the final draft of the land use plan before it can be brought into legal force.

Kitikmeot mayors, at a meeting in September, called on the GN to support the planning commission’s request for additional federal funds to pay for regional hearings.

You can find information about the plan at the commission’s public registry.