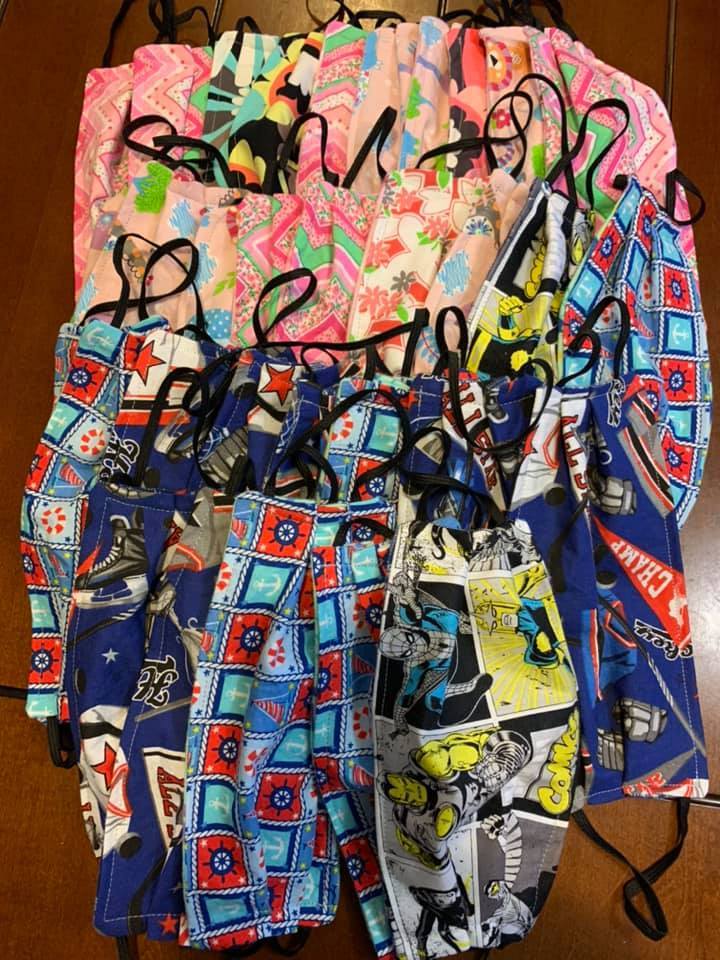 You now need to have a face mask or other face covering to take a flight in Canada. (File photo)

When you’re travelling by air, be prepared to wear a face mask or scarf, even inside the airport terminal.

That’s unless you have breathing problems unrelated to COVID-19—and this new requirement for face coverings also doesn’t apply to children under two.

The new Government of Canada mandatory face-covering requirements for air travellers came into effect on Monday, April 20, at noon.

It means that all travellers, with limited exceptions, must now wear a removable non-medical mask or face covering large enough to cover their mouth and nose during their travel through Canadian airports and when in flight.

Travellers must bring their own face covering with them.

These coverings do not have to be medical masks: any face covering, including a scarf or similar item, is acceptable.

In Nunavut, the territorial government is stepping up to help get travellers masks and, through its development corporations, plans to produce 5,000 masks.

“At least 500 have been set aside immediately for our air travellers to comply with Transport Canada’s new requirements for travellers,” Premier Joe Savikataaq said at a news conference on Wednesday, April 22.

The masks will be made of cotton and will be washable, reusable and made according to national standards and guidelines, he said.

In Nunavut, Canadian North customer service agents will make sure you have face coverings with you during check-in, the airline said in a recent update.

But the airline said it would not supply face coverings to travellers.

And if you don’t have a face covering, you won’t be allowed to travel.

You will be asked to wear a non-medical mask or face covering:

Public health agencies such as the Centers for Disease Control and Prevention in the United States have said that COVID-19 can spread between people, for example, when speaking, coughing, or sneezing, even if those people are not exhibiting symptoms.

So the CDC has recommended wearing cloth face coverings in public settings where other social distancing measures are difficult to maintain.

And crowded travel settings, like airports, may increase the chances of getting COVID-19, if there are other travellers with the coronavirus infection, the CDC says.

Travellers who are denied boarding because they don’t have a proper face covering will be rebooked onto a future flight with the change fees waived, Canadian North said.

Masks should be made of multiple layers of absorbent fabric, such as cotton; be attached securely to the head with ties or ear loops; allow for easy breathing; and be changed as soon as possible if damp or dirty.

But face coverings should not be worn in the following circumstances:

The same requirements will affect travellers on Air Inuit and Calm Air.