Qaumajuq is expected to open in Feburary 2021 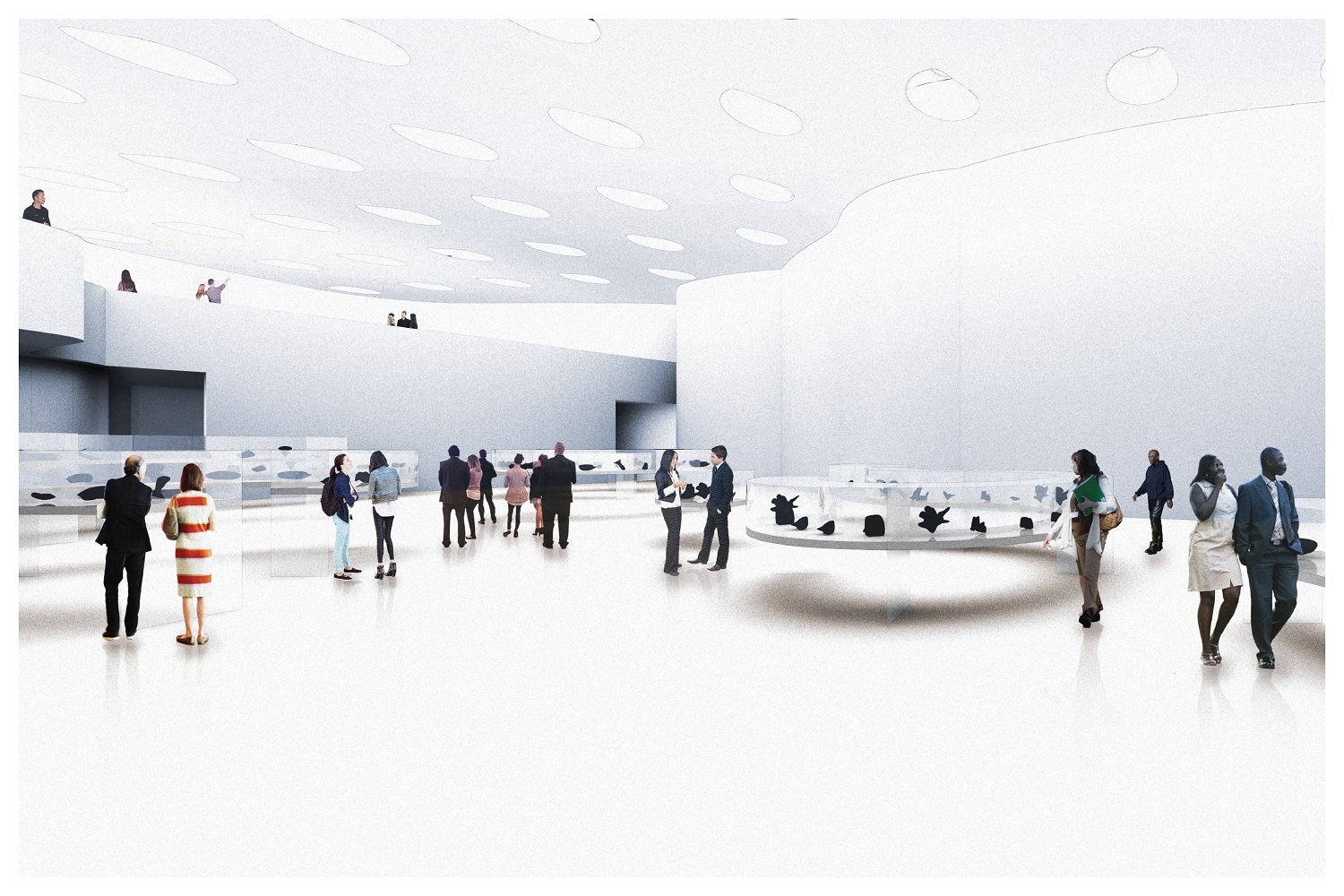 The new 40,000-square-foot building designed by Michael Maltzan Architecture with Cibinel Architecture is expected to open to the public in February 2021. (Image courtesy of the WAG)

The Winnipeg Art Gallery’s new Inuit Art Centre is going to be lit.

The gallery announced a new Inuktut name for the centre on Wednesday, Oct. 28: Qaumajuq, which translates as “it is bright” or “it is lit,” a nod to the light that flows into the new building.

The WAG says this is first time an Indigenous naming of this kind has occurred at a major art institution in Canada.

“We are excited about the transformation and naming of the WAG and the Inuit art centre, to continue the process of decolonization,” said Heather Igloliorte, an Inuk curator and art historian, who serves as co-chair of the advisory circle.

“We are thrilled to share the names of the spaces in the seven Indigenous languages of Manitoba and Inuit Nunangat. We are so honoured to gift the institution with these new names that point to a new path forward for galleries and museums in this country.”

Qaumajuq is expected to open in February 2021, and will offer free admission to Indigenous peoples.

The new 40,000-square-foot building, designed by Michael Maltzan Architecture with Cibinel Architecture, will connect to the existing gallery on all four levels, providing exhibition, learning and event spaces, a revamped shop, plus a new café on the main level.

The WAG is already home to a substantial amount of the Government of Nunavut’s Fine Art Collection, which is held on long-term loan at the gallery.