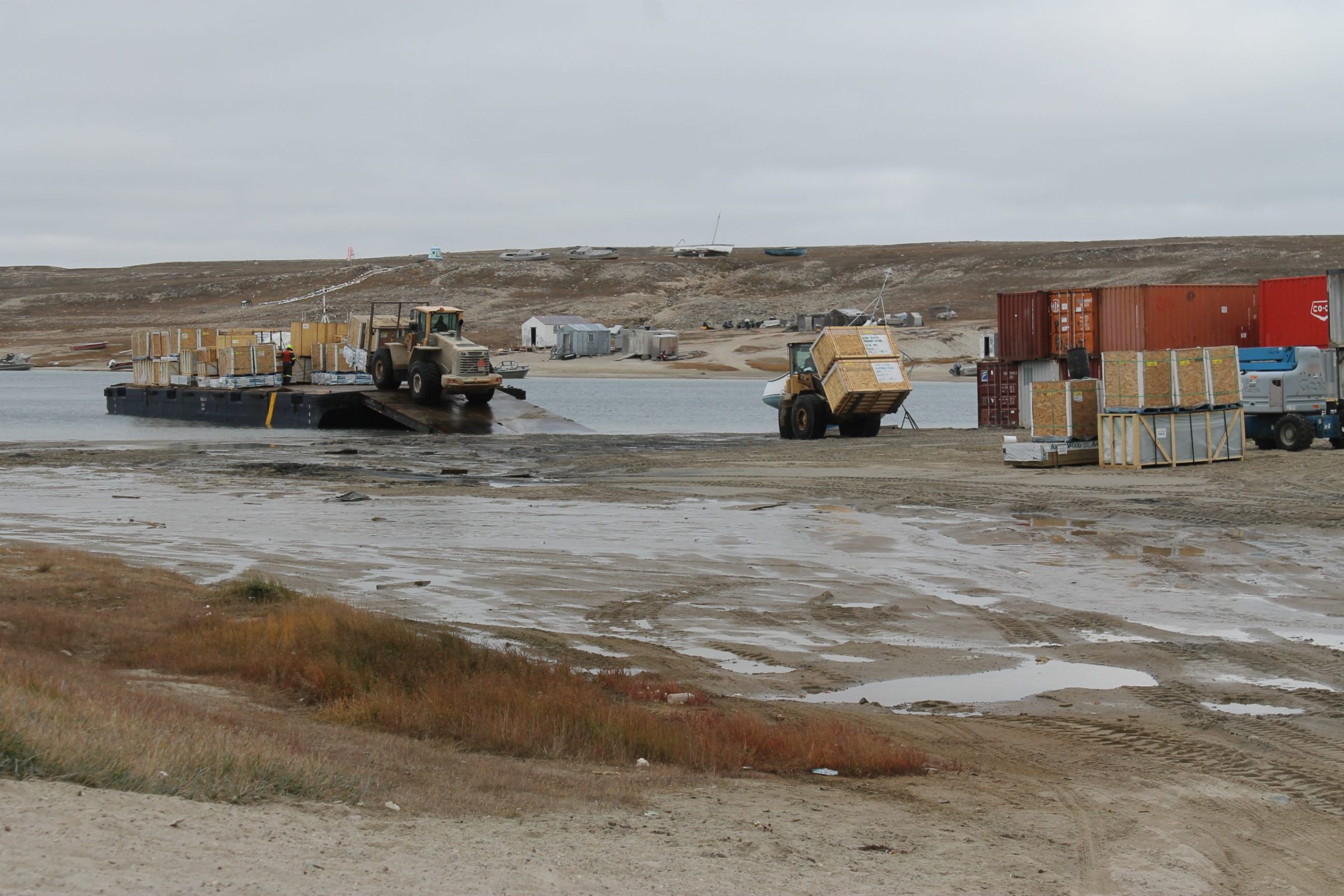 To protect crews and communities, sealift operators are adopting new procedures for the upcoming shipping season. (Photo by Elaine Anselmi)

The eastern Arctic’s first sealifts of the season may still be months away, but their operators already have plans in place to keep crews and communities safe.

Although the borders of both Nunavut and Nunavik are effectively closed, the sealift’s essential role resupplying Arctic communities means that it won’t be hampered by any of the ongoing restrictions.

“Our government is planning to have the shipping season go ahead as was planned,” said Lorne Kusugak, Nunavut’s minister of community and government services, during Monday’s COVID-19 news conference.

“Our department is working with the marshalling and the shipping companies down there as supplies become available and get ready for shipping.”

But operating a sealift during a pandemic comes with its own challenges, particularly because it has been well demonstrated that the COVID-19 virus easily spreads on vessels at sea, from cruise ships to aircraft carriers.

According to David Rivest, president and general manager of Desgagnés Transarctik Inc., the ships used for the sealift during the summer operate elsewhere year-round.

“Those vessels have already adopted numerous procedures and protocols to protect the crew and avoid any contact with any shore personnel,” he said.

“The same procedures will apply when they will be loading in Montreal later in the season.”

In addition to having prevention kits, masks and decontamination equipment on board, there will also be increased security while in port.

“Everybody who comes to the terminal goes through a certain checklist,” said Rivest.

“And when they’re physically on the terminal, there’s a number of procedures in terms of social distancing [and] paperwork, how do we exchange it so that the virus is not propagated?”

Another challenge is protecting the crews of the ships.

Prior to the pandemic, those responsible for loading the vessels would often take coffee breaks or have lunches with the ship’s crew members. Now, that’s no longer allowed.

“What we want to do is to not have any shore crew come into direct contact with the ship’s crew,” said Rivest.

“The same type of approach that the communities are [taking].”

While the goal is to continue that level of physical distancing when delivering goods to communities throughout the North, the procedures for that are still something Rivest says they’re working on.

“Under normal circumstances, we’ll have at least one individual coming into contact with the community to sign paperwork and to ensure the transfer of goods,” he said.

“So what we’re trying to look at right now is how can we do all that process without coming into contact or at least respecting social distancing?”

With the season two months away, there’s time to figure that out.

“As we get closer to the sealift date … we’ll be able to communicate with our client base and say, ‘OK, these are the different procedures that we’ll be putting in place this year,’” says Rivest.

“So yes, there are a few obstacles to work with for the health and safety of everyone, but, all in all, the sealift should not be affected.”

At the same time, Rivest also acknowledged that there may be delays in orders coming to the terminal stemming from issues in the supply chain.

“Some [companies] are not transporting or manufacturing their goods as we speak because they are not considered an essential service,” he said.

This means that some clients may experience a bit of difficulty in getting all of their cargo on the first voyage, which could cause issues later on.

To avoid this, Rivest says to try and plan ahead.

“Get things moving as quickly as possible in order to ensure that they have their essential goods.”