Youth give it their all at Team Nunavut hockey tryouts 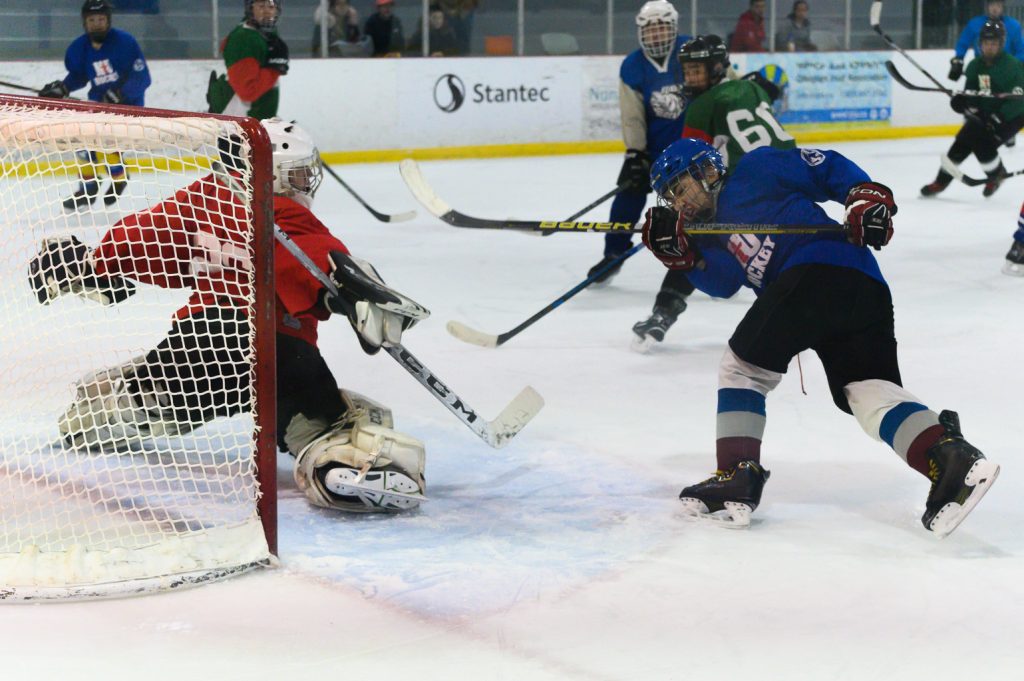 Last weekend, 65 youth from across Nunavut—including Arviat, Chesterfield Inlet, Rankin Inlet, Coral Harbour, Naujaat, Igloolik and Pangnirtung—as well as some playing for teams in the south as far away as Vancouver, took to the ice in Iqaluit as part of weekend-long tryouts for the Arctic Winter Games. Over the course of three days there were skills sessions, meetings and games. By the end of the weekend, two teams, each consisting of 15 skaters and two goalies, were selected. Both the midget-level male team and the female team will go on to represent the territory at the games in Whitehorse in March. (Photo by Dustin Patar)