All hands on deck at Nunavut’s first inshore rescue station 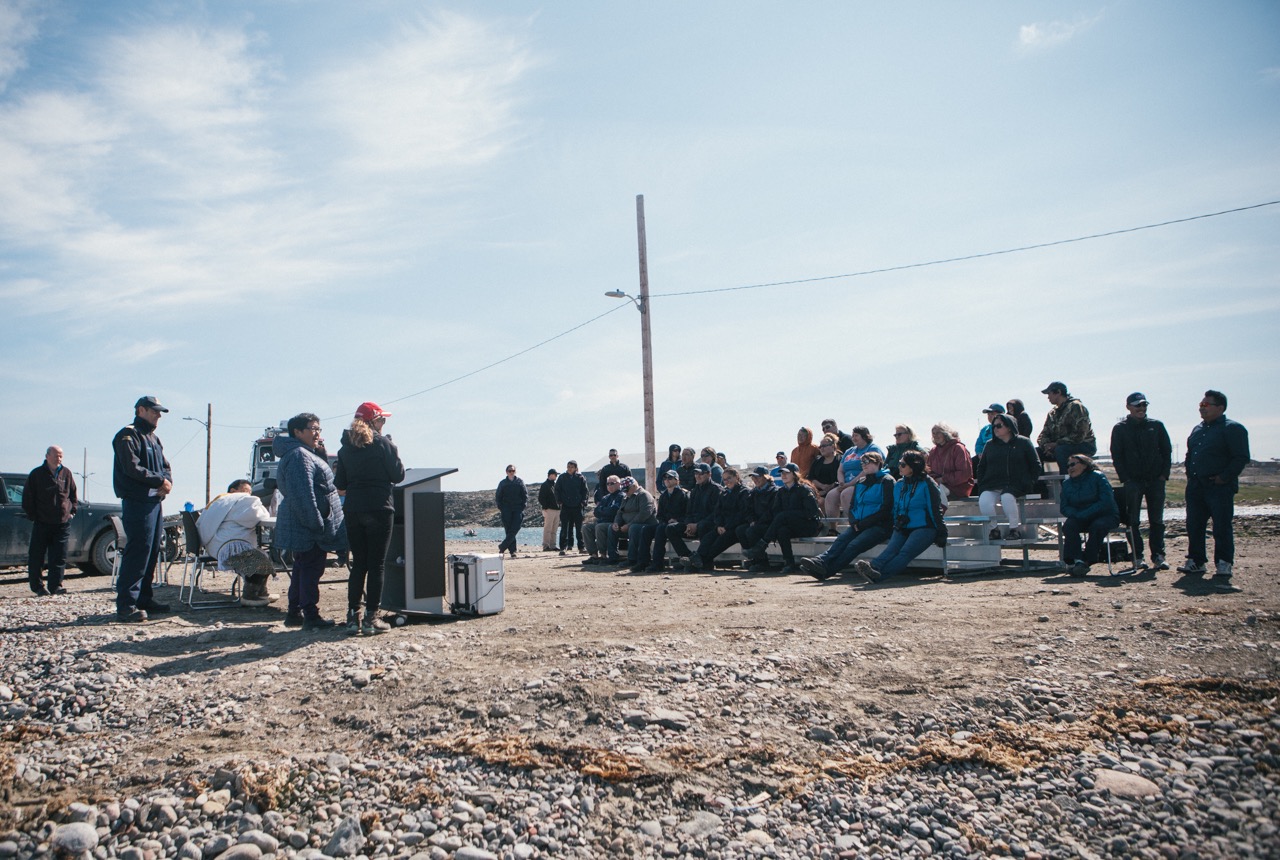 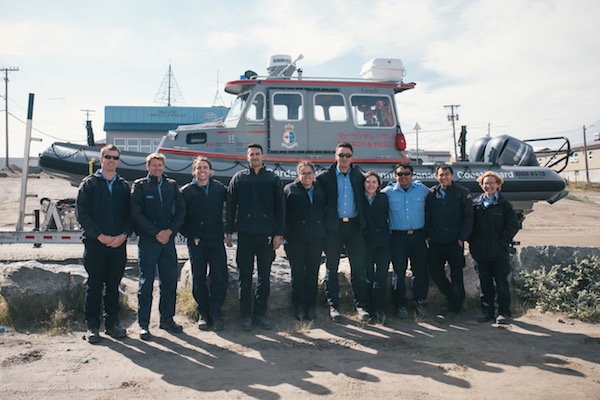 The new crews at Rankin Inlet’s inshore rescue boat station pose in front of their rescue boat July 26 following the inauguration of the new Coast Guard station, the first of its kind in the Arctic. (PHOTO COURTESY OF COAST GUARD/DFO)

The Coast Guard’s new rescue station in Rankin Inlet is up and running. And if you need to call for help, or drop by to say hi, you can do it in Inuktitut.

This inshore boat rescue station—one of 26 across Canada—is the first for the Arctic region, and it’s staffed by crews of Inuit youth.

The group of six students hail from various communities in Nunavut, Nunavik and the Northwest Territories.

Jean-Philippe Leblanc is the Coast Guard coxswain who supervises the two alternating crews of three-member teams.

Their role: to patrol Hudson Bay around Rankin Inlet and respond to distress calls from boaters, although a few weeks into open-water season, the new rescue station has yet to be called out to any emergencies.

The crew works with a rescue vessel, fitted with inflatable tubes and search and rescue equipment.

They’re prepared to respond to medical emergencies or disabled or capsized vessels that would otherwise require assistance from Coast Guard icebreakers or the Royal Canadian Air Force.

For now, the crews do daily patrols, continuing the training they began on Lake Ontario this past May. They’re learning to read the region and the climate and gain a better sense of how much territory they can safely cover.

“We’re still establishing up to where we can respond for help,” Leblanc said.

Leblanc said the crew travelled as far as Chesterfield Inlet on patrol last month, so they’re confident they can travel at least that distance in any direction if called on.

Twenty-five other inshore boat rescue stations operate each summer across the country, in the Pacific region, Atlantic, St. Lawrence River and the Great Lakes.

The Rankin Inlet-based station has been open since June 27, but the crew has only been out on the water for a few weeks since the ice broke up along western Hudson Bay.

Leblanc, who has spent much of his career in the St. Lawrence region of Quebec, said supervising a rescue station in the Arctic requires very different knowledge and skills—and that’s why the Arctic-raised crew members are so important to its operation.

“It’s a really different environment; a larger area of coverage and the water behaves differently,” he said.

“Sometimes language can be a barrier, and that’s why it’s important that our crew can communicate [in Inuktitut].”

While the inshore boat rescue station is a first for the Canadian Arctic, the Coast Guard hopes to eventually expand that network.

“The goal is to mentor these crews so they can eventually manage the station,” Leblanc said. “We see this as a foundation for local maritime search and rescue [across the Arctic] to create a stronger local response.”

Nunavut or Nunavik post-secondary students who are interested in staffing the inshore rescue station in 2019 should visit the Federal Student Work Experience Program website to learn more about the application process.