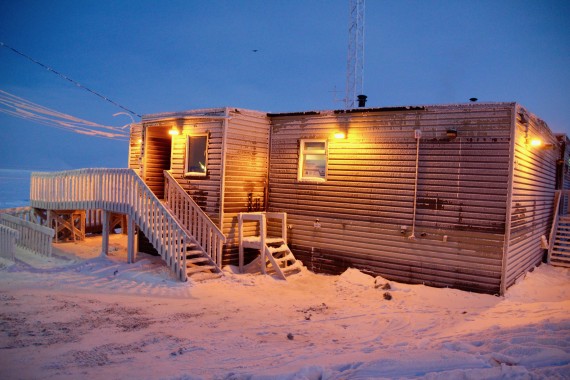 A coroner’s inquest into the death of a Pond Inlet man who was shot by police last year will conclude today following jury deliberations. (PHOTO BY BETH BROWN) 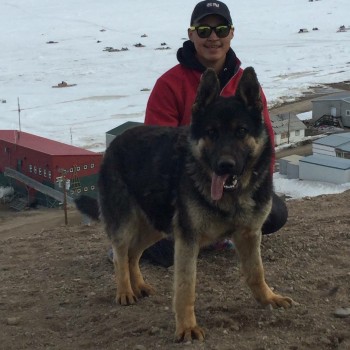 Kunuk Qamaniq, 20, who died on March 18, 2017, was suicidal and aiming a rifle when police shot him. (PHOTO COURTESY OF QAMANIQ FAMILY)

POND INLET—An RCMP officer who fired at and fatally wounded an armed Pond Inlet man last year told a coroner’s jury and members of the man’s family on Thursday, Nov. 8, that he wouldn’t change the choice he made to pull the trigger.

“I’m sorry for what happened to your son. It’s not something I wanted,” Cpl. Patrick Higgins told the family of Kunuk Qamaniq, 20, who died at the Baffin community’s health centre on March 18, 2017.

“I’ve gone through this 10,000 times in my head. What I did is what I would have done again,” he said, appearing on video from Hamilton, Ont., as witness at a coroner’s inquest into the shooting in the community of about 1,600.

An Ottawa police investigator who did an external review of the shooting said Higgins had acted reasonably in self-defence, and that de-escalation techniques would have been difficult given the lack of cover provided by the open tundra.

“It’s next to impossible out in the open. He doesn’t have time to react in a less lethal way without having the benefit of cover,” Sgt. Richard Dugal of the Ottawa Police Service major crime unit told jurors. “It was determined that no charges would be laid as the action was justified.”

As an external law enforcement body, the OPS investigates all RCMP-related shootings in Nunavut.

The inquest, which began on Nov. 6, should end today. After hearing all witness and expert testimonies, six jurors will deliberate and release a report that tells the time, manner and cause of Qamaniq’s death, and the circumstances surrounding it. That report will also provide recommendations aimed at preventing similar deaths in the future.

Inquests are fact-finding hearings and they do not lay blame or find guilt. In Nunavut, coroner’s inquests are mandatory for all deaths involving the police.

Higgins was the first police officer of three to locate Qamaniq near the community graveyard around mid-afternoon on March 18 last year, after Qamaniq’s parents reported that their son was suicidal and had walked off with a rifle.

According to Higgins’s testimony, Qamaniq was saying police should kill him and said that he wanted to be with his sister who had died by suicide around one year earlier.

Higgins said that Qamaniq initially dropped his weapon, and was lying on the ground. But when Higgins advanced from around 100 to 60 metres, Qamaniq stood up again, holding the rifle and turning away so that Higgins thought the man would run.

Instead, Qamaniq turned around quickly, aiming the rifle at Higgins.

“At that point I fired my carbine one time,” Higgins said. “I thought he was going to shoot and kill me.” It was the first time Higgins had used his weapon on a call.

Later reports from the scene show there was a bullet in Qamaniq’s gun chamber, ready to be fired.

Police training dictates that when officers unload their firearm they are aiming for the chest or torso. More than one officer who testified said it is almost impossible to shoot someone’s limb accurately, and said doing so would not have removed the risk of return gunfire.

This coroner’s inquest has seen much grief, and proceedings have often paused to allow time for people to regain their composure. This third day was especially emotional for Qamaniq’s parents and for officers who testified. Counsellors have been on hand throughout the inquest.

Lawyers said the Qamaniq family would have the opportunity to speak with Higgins privately over the video call. Higgins no longer works in the field and has been diagnosed with post-traumatic stress disorder. As per RCMP protocol, Higgins left the community immediately following the death.

Second to reach Qamaniq that day, Const. Kyle Longmire performed first aid on Qamaniq, cutting open this parka to locate the gunshot wound and to apply pressure to slow bleeding. At the health centre, he found the family to let them know Qamaniq had been shot, said Longmire, who is still working in the community.

While family were concerned RCMP members are isolated from the community, the three officers who testified talked about outreach programs they do in schools while in uniform, and spoke of coaching sports teams in their spare hours.

Cpl. Terry Hamelin said the RCMP is in the process of rolling out Inuit-specific sensitivity training to supplement an existing First Nations-focused cultural awareness program. 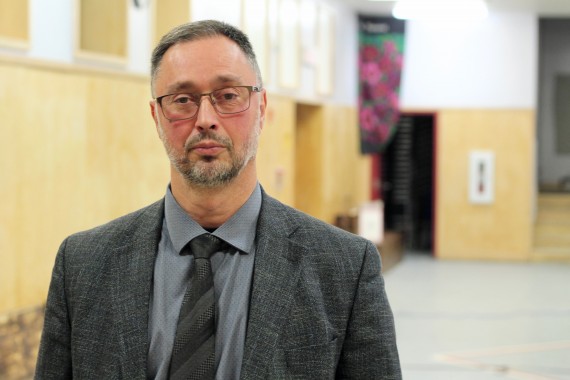 Sgt. Richard Dugal of the Ottawa Police Service major crime unit ran an external review of the 2017 shooting involving the RCMP that led to the death of a Pond Inlet man. (PHOTO BY BETH BROWN)