Average temperature for Kuujjuaq -5.9 C lower than usual in May 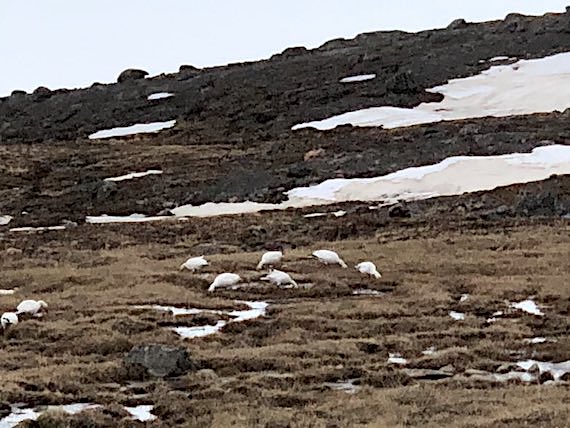 A group of thirsty snow geese stop on a hillside outside Iqaluit on June 3, where, until this past week, there was snow cover. (PHOTO BY JANE GEORGE) 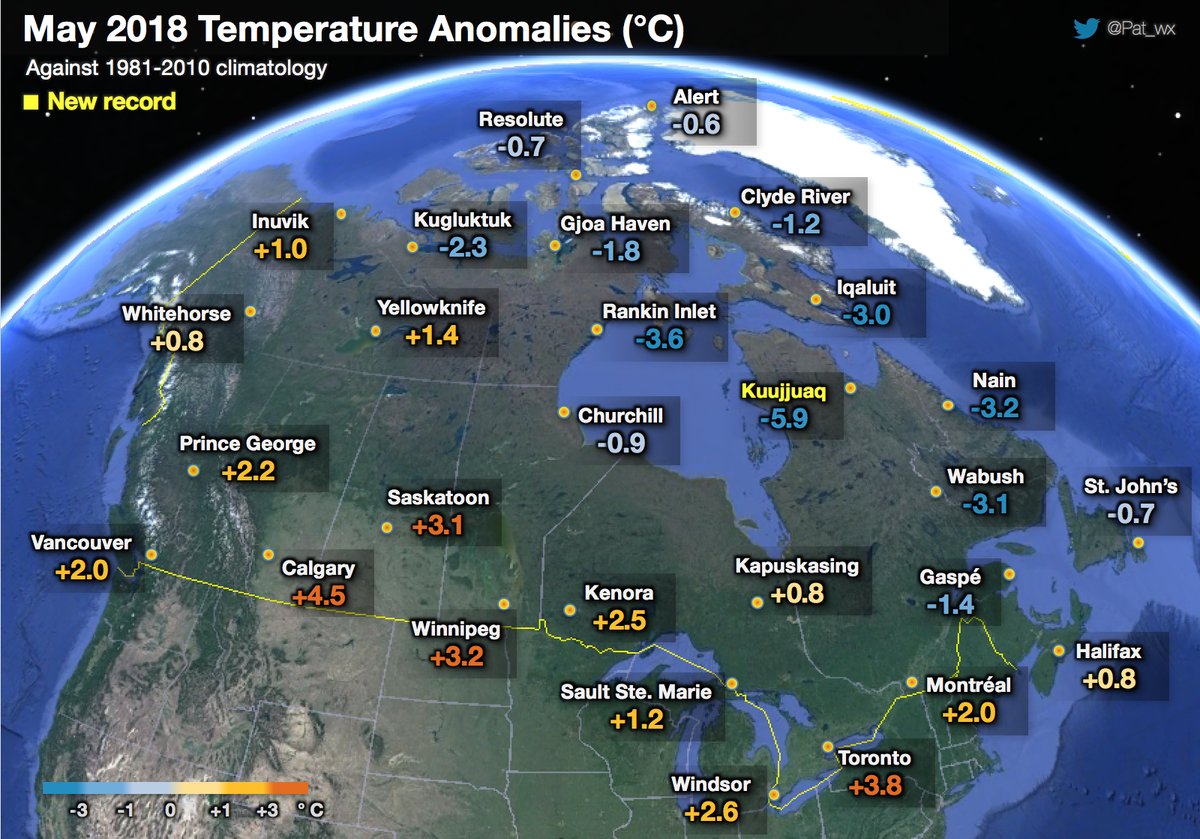 This map by Dalhousie University weather-watcher Patrick Duplessis shows a clear NE/SW split in temperature anomalies across Canada this past month, with temperatures remaining cold in the northeast, with even a new record low month set in Kuujjuaq. (MAP COURTESY OF PATRICK DUPLESSIS)

While Arctic Europe saw heat several degrees above normal recently, below average temperatures in Nunavut and Nunavik mean spring has been slow to come to these regions.

In fact, the arrival of spring has been so slow that many say they have seen geese heading south instead of north.

“Tens of thousands of Snow Geese and Canada Geese flew back down south again today. Something very not right,” said a man from the southern Hudson Bay coast on Facebook on May 25.

From western Nunavut, another man responded that there is “too much snow and not enough water for them.”

“Even here in Cambridge Bay, Nunavut, the geese are heading back south,” he said.

On June 3 near Iqaluit, you could finally see some geese sitting on a thawed part of a hillside, resting and drinking water, before taking off.

But the temperatures remained chilly.

June 2’s high temperature of .3 C in Kuujjuaq was the coldest on record for that date. The previous coldest recorded high for June 2 in Kuujjuaq was .6 C in 1959. Temperatures on June 3 still hovered several degrees below normal.

And in May, Iqaluit’s average temperature was -3 C below normal, according to weather watcher Patrick Duplessis from Dalhousie University, who took a look at temperature anomalies across the North.

But in Kuujjuaq, the temperature variation over the past month of -5 C was even larger than in Iqaluit, he found.

Kuujjuaq broke many records with its cool temperatures this past May, reaching a temperature of 10 C only on May 30, 24 days later than between 1981 to 2010 normal. And May 30 was the latest date for this temperature reading since 1991, Duplessis said.

Other records set in Nunavik, which was even 2 C colder overall in March than in April:

As for why the cold snap, Duplessis said that it appears there is a block in the atmospheric pattern that constantly brings cold air back to Baffin Island and northern Quebec.

“And it doesn’t seem to be ending soon,” he said. “Those pattern blocks seem to occur more frequently in recent years and often give both strong warm and cold anomalies on each side of the continent, on a monthly scale—as seen in the May anomaly map.”