“A rare sight to see in this part of the world” 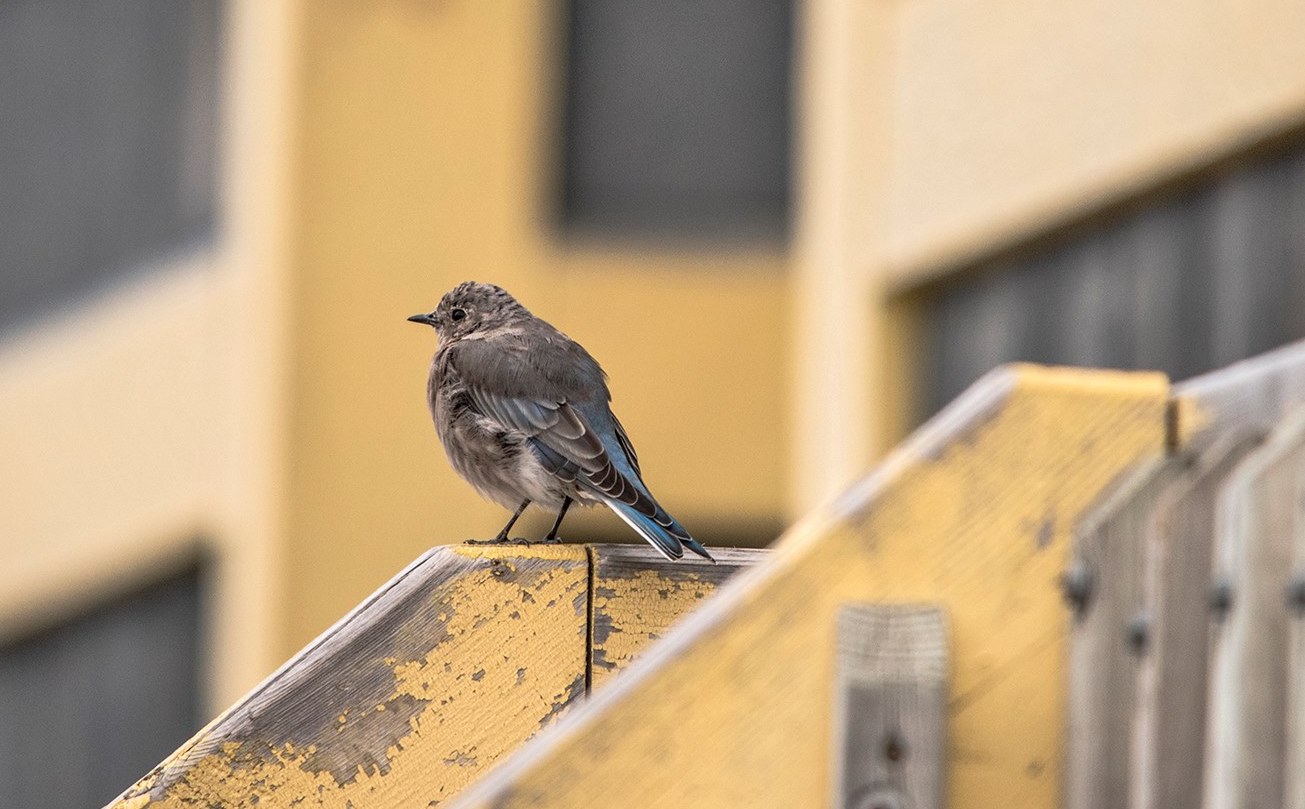 A female mountain bluebird perches on a porch in this photo taken by Maggie Putulik of Putulik Photography in Rankin Inlet on Aug. 27. (PHOTO BY PUTULIK PHOTOGRAPHY)

Maggie Putulik of Rankin Inlet spied something special when she photographed a tiny blue and grey bird on Monday.

“A mountain bluebird is a rare sight to see in this part of the world. Sighted on August 27, 2018 in Rankin Inlet, NU,” Putulik later wrote on Facebook.

She’s right. According to Birds of Nunavut. Nunavut is outside the normal summer distribution for this species.

But, as this huge two-volume compendium of birds seen in Nunavut notes, these birds have shown up in several sites across the Nunavut mainland and as far north as Cambridge Bay and Victoria Island.

However, the birds, of which there could be as many as five million in Canada, usually turn up south of the treeline.

Mountain bluebirds breed across western North America as far north as Alaska, and then spend winters in as far south as central Mexico, migrating in flocks of up to 200 birds.

The male mountain bluebirds are sky-blue, a bit darker on their wings and tail and a bit paler below, with white under the tail, says Birds of Nunavut, whereas the females, such as the one Putulik saw, are mostly grey-brown with tinges of pale blue in the wings and tail.

As for the mountain bluebirds’ call, the book describes it as a “burry, robin-like warble, loud, usually 4-7 notes that may last for several minutes.”

For breeding, the birds like “cavities,” such as the nooks you might find under porches in Nunavut.

There, they nest and lay a clutch of blue eggs, feeding themselves and their brood on insects and berries.

But many in Nunavut won’t have a chance to see their nests, as Birds of Nunavut says mountain bluebird nesting in the territory is a “very rare occurrence and is unlikely to occur on a regular basis, at least in the foreseeable future.”

The Birds of Nunavut , recently published by the University of British Columbia Press, offers the first complete survey of nearly 300 species known to occur in Nunavut.

The mountain bluebird isn’t the only recent sighting of a bird in Nunavut far out of its usual range. An American coot somehow ended up in Igloolik last October.

And over the past 20 years, robins, which used to be unknown in Nunavut, have now become more common sights in Iqaluit, along with northern wheatears and American kestrels.

Meanwhile, snowy owls, which usually roam along the treeline into the High Arctic, have migrated south as far as the south central United States in the winter.