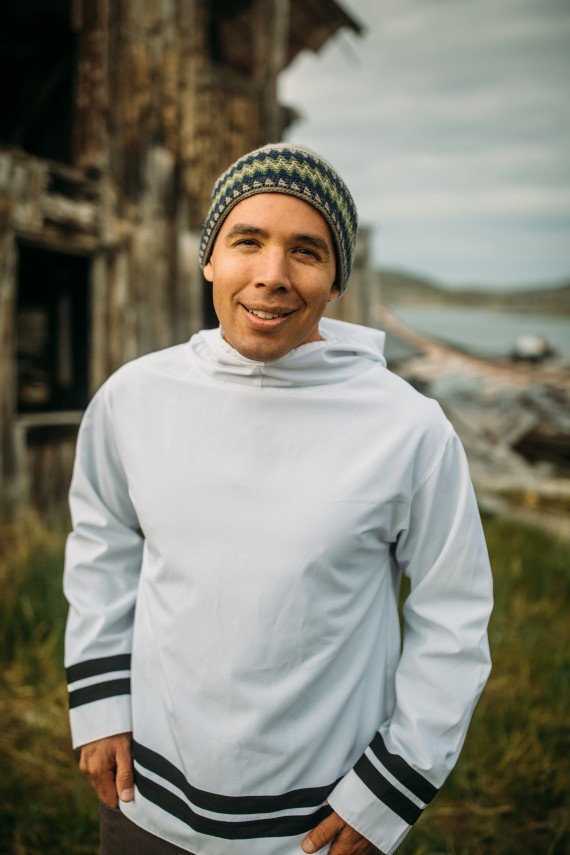 Natan Obed is looking to finish the work he started for ITK in 2015, by running again for the presidency of Canada’s national Inuit organization. There are three candidates running for the top spot, which will be decided on Aug. 16 during an election in Inuvik. (PHOTO COURTESY OF NATAN OBED)

This is the third of the profiles of the three candidates running for the position of president of Inuit Tapiriit Kanatami to appear in Nunatsiaq News. ITK’s board of directors will pick a new leader in Inuvik on Aug. 16.

As the incumbent candidate in upcoming presidential elections for Canada’s national Inuit organization, Inuit Tapiriit Kanatami, Natan Obed’s goal, if re-elected, is to keep pushing for better access to housing, education and health supports within the country’s four Inuit regions.

“I’ve been challenged in this role in a very good way,” said the 42-year-old politician, who is originally from Nain, Nunatsiavut. He currently lives in Ottawa with his wife and two sons.

“As a politician I’m running on a platform of inclusion and empathy and trying to work for the most vulnerable in our society.”

There is no limit to how many terms a person can serve as president of ITK.

Obed has a bachelor’s degree from a Boston university along with many years of experience working for Inuit organizations—formerly as the director of social and cultural development for Nunavut Tunngavik Inc., a role he started in 2005. He has also worked as director of socio-economic development for ITK and as an IIBA coordinator for the Nunatsiavut government.

“I’ve only worked for Inuit representational organizations. That’s one of the things that qualifies me for the role,” he said.

During Obed’s time as ITK president, the proportion of Inuit employed at the organization increased from 35 per cent to 55 per cent.

In 2016, he spearheaded the launch of ITK’s current three-year action plan that prioritizes suicide prevention, the housing crisis, education supports and environmental research.

Around the same time, Obed oversaw the creation of a federal and Inuit political body known as the Inuit—Crown Partnership.

That “space” is being used to push for TB elimination and education reforms that support Inuktut language instruction, he said.

Having been elected prior to the 2015 federal election that saw a Liberal majority, Obed said there wasn’t then the understanding that “reconciliation and the renewal of relationships with Indigenous people” would become a key political theme in Canadian politics.

“We have had an unprecedented amount of access to federal cabinet ministers and to the prime minister. We have made some great things happen because of that access.” He said.

“The 2018 budget was the first federal budget that had an Inuit priority section within the Indigenous section of the budget,” he said, calling a move to have Inuit political bodies control the flow of their federal funding “a new concept” and a step towards self-determination.

As ITK president Obed has spoken out against an Edmonton football team’s use of the title word “eskimos,” saying Inuit “ are not mascots or emblems,” and he championed Canada’s implementation of the United Nations Declaration on the Rights of Indigenous Peoples.

Still, the polished and university-educated politician has often been questioned about or even criticized for not being fluent in Inuktut.

While he conceded that further fluency in Inuktut would be an asset to him in his role, he hopes he won’t be pigeonholed over what he called a “disrespectful” and “disheartening” argument about “not being Inuk enough.”

Obed contends that language loss should be shown the same respect that is granted to other trauma that flows from colonization.

“I don’t think it discredits any Inuk from leading their people,” he said.

“My children speak Inuktitut because my wife and I did all that we could to ensure that they have the opportunity that both she and I didn’t have when we were growing up to become fluent,” he said, adding that he continues to study his language “because I want that for my family.”

In the lead-up to the election, Obed encouraged Inuit to “make their voices heard” by contacting the voting delegates from their land-claim region.

“I do hope that I have proven to Inuit that I have the best possible approach, to be inclusive, to be respectful, to be empathetic, to be productive, to push for change,” he said. “Hopefully we can lift each other up, and work together to overcome the challenges that we know that we have.”