“Even with the money you’re putting on the table, the cost of living index is still high” 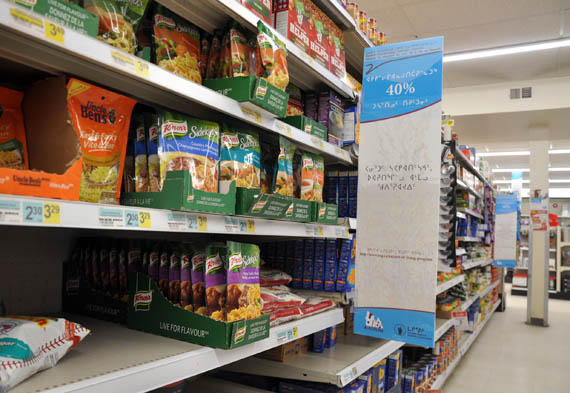 KUUJJUAQ—The Kativik Regional Government says Quebec will extend Nunavik’s cost-of-living subsidy for yet another year, to give the region more time to negotiate a long-term agreement with the province.

In 2014, Quebec paid out $33 million to help offset the high cost of living in Nunavik, through an agreement that ended in March 2017.

That agreement was extended one year until March 2018.

Under that same agreement, the province helped to fund an in-depth study tracking the spending habits of Nunavimmiut, along with a comparative cost index, to help better understand the region’s needs.

The two-year study, led by Laval university, wrapped up in 2016, revealing that Nunavimmiut pay 13 per cent more overall to live in the region than they would had they lived in Quebec City.

“We’ve decided to extend the current agreement to 2019,” Noujeim said, “to give Laval the time it needs to finish the work.”

This one-year extension will come with an additional $1 million from the province to reflect rising costs, he said.

Laval’s research has and will continue to form the basis of negotiations with the province.

That means that, even with social housing, the cost of living is still much higher in Nunavik than elsewhere in the province.

“With the new agreement, we’ll say [to the government]; even with the money you’re putting on the table, the cost of living index is still high,” Noujeim said. “So what more can we add to help?”