Nunavut man, 23, charged with trying to torch two schools and a bus 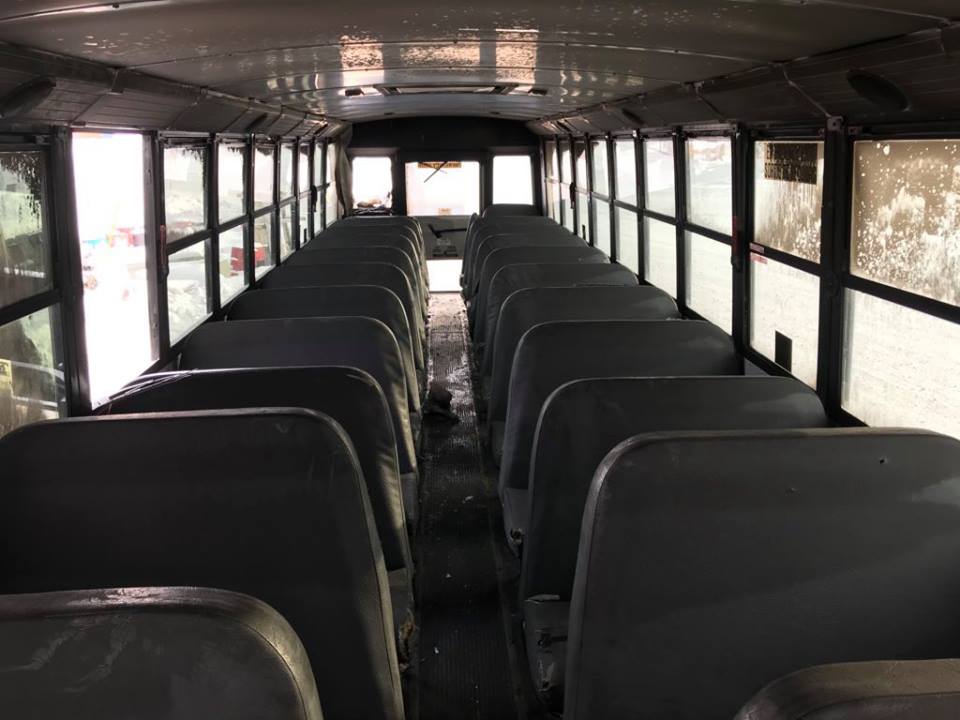 A fire on early Monday morning destroyed one of Pangnirtung’s two school buses. As a result, Alookie Elementary School was unable to open Monday morning, although classes at the school in the community of about 1,500 have since resumed. (PHOTO BY DANIEL KULUGUKTUQ)

A 23-year-old Pangnirtung man has been charged with three counts of arson after somebody tried to set fire to Alookie Elementary School, a garbage bin beside Attagoyuk High School and a school bus.

The damage to the school bus, one of only two serving the community of about 1,500 people, means that until it’s repaired, there is only one bus left to serve hundreds of children.

On March 12 at around 3 a.m., the Pangnirtung RCMP received a call about arson and attempted arson in and around schools, police said in a release at 5 p.m. on Tuesday.

Pangnirtung firefighters managed to extinguish a fire they found inside a school bus parked near Alookie Elementary School, police said.

But several seats were destroyed by the fire and there was “extensive smoke and fire damage inside the bus, but contained mainly to the rear of the bus, “ the RCMP said.

“The bus is still functional but will need cleaning and repairs,” the release said.

Somebody also tried to set fire to a garbage bin near Attagoyuk High School, but that did not result in the high school catching fire, police said.

And according to video surveillance, somebody tried to set Alookie Elementary School on fire, police said.

James Qiyuaqyuk, 23, is alleged to have set or attempted to set these fires, police said.

Qijuaqjuk was remanded into custody by a justice of the peace in Pangnirtung and has been scheduled to appear March 20 at the Nunavut Court of Justice in Iqaluit.

Police said they believe alcohol was a factor in the incidents.

Police told Nunatsiaq News that the accused in those fires does not appear to be a person of interest in this week’s investigation.