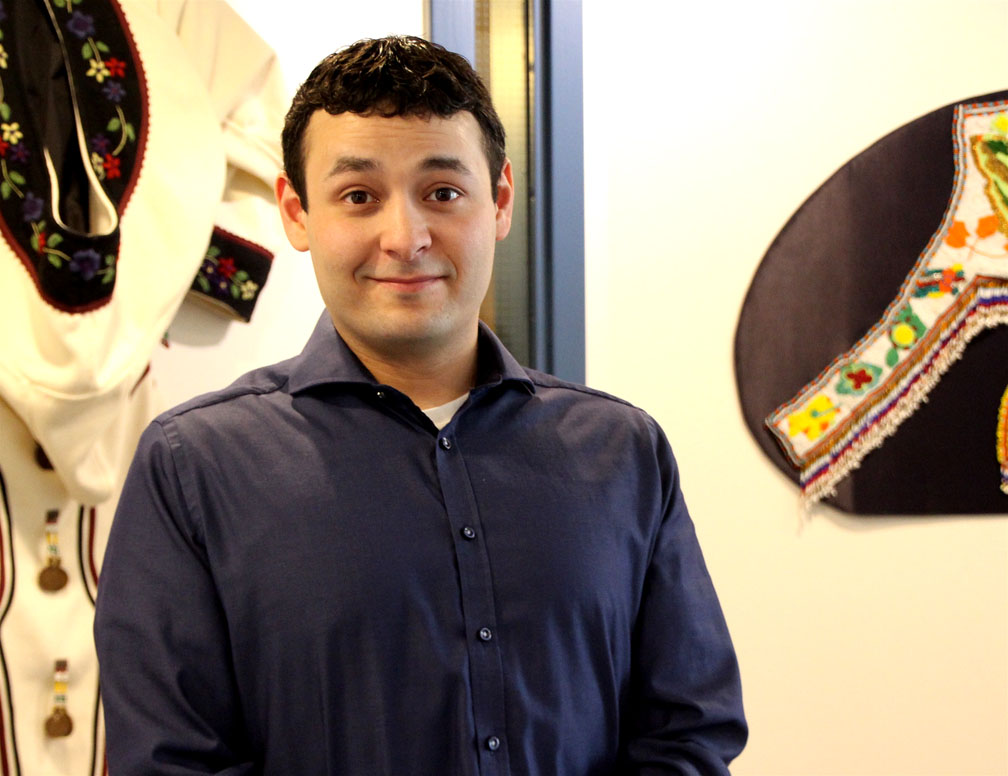 Iqaluit-Manirajak MLA Adam Lightstone says the Nunavut Housing Corp. and the Qulliq Energy Corp. should do more to promote the use of solar panels by homeowners. (PHOTO BY BETH BROWN)

Nunavummiut can apply for funding from the Nunavut Housing Corp.’s home renovation program to help buy solar panels and wind energy systems for their home, and use that technology to received a credit from the Qulliq Energy Corp. under its new net metering program.

That’s what Iqaluit-Manirajak MLA Adam Lightstone learned early last week during a televised committee meeting at the Nunavut legislature May 1, when MLAs reviewed a critical report by Canada’s auditor general on the Government of Nunavut’s response to climate change.

The MLA used his question to ask QEC and NHC officials if the two programs work together.

“I wanted to spread the word … I wanted to make sure it was publicly known,” he told Nunatsiaq News May 3.

In April, the QEC started taking applications for its net metering program, which lets Nunavut customers get credit for energy they produce using renewable energy systems.

The QEC expects the net metering program to get off the ground by the end of this year, and commercial groups will be able to use the program by next year.

But QEC President Bruno Perreira said no one has applied for the program.

“We have not received any formal applications … but have had a lot of inquiries from interested parties,” he said.

The housing corporation’s home renovation program gives homeowners a chance to apply for up to $65,000 to upgrade their homes, and up to $15,000 of that funding must be used for sustainable energy upgrades if the homeowner receives more than $50,000.

Any homeowner can apply to use the fund to add solar panels to their home.

That’s as long as a homeowner is in good standing with the housing corporation, and as long as they don’t make too much money, because the funding is given out on a sliding scale based on the annual income of a homeowner.

After those income caps, homeowners may be able to get between 80 per cent and 20 per cent of that funding.

“In Nunavut, you need to have a dual income family to own a home. In most cases, having a dual income would put your household income over the threshold,” Lightstone said.

“It’s preventing Nunavummiut from accessing these programs. That’s something that has to be amended by the corporation.”

Lightstone would like to see Nunavut’s climate change secretariat create a stand-alone incentive program to encourage Nunavummiut to use renewable energy.

But during the televised committee, he was told that wasn’t going to happen.

“We’re at a point in time where how we choose to generate electricity is critical to our future,” Lightstone told Nunatsiaq News.

“We know that continuing to generate electricity using fossil fuels is not sustainable, and that it’s impacting the climate.”

Renewable energy and support for homeowners in Nunavut were both part of Lightstone’s campaign platform during the fall territorial election.