Transportation Safety Board looking into Akademik Ioffe grounding in Nunavut

Federal investigators waiting to see where damaged vessel ends up 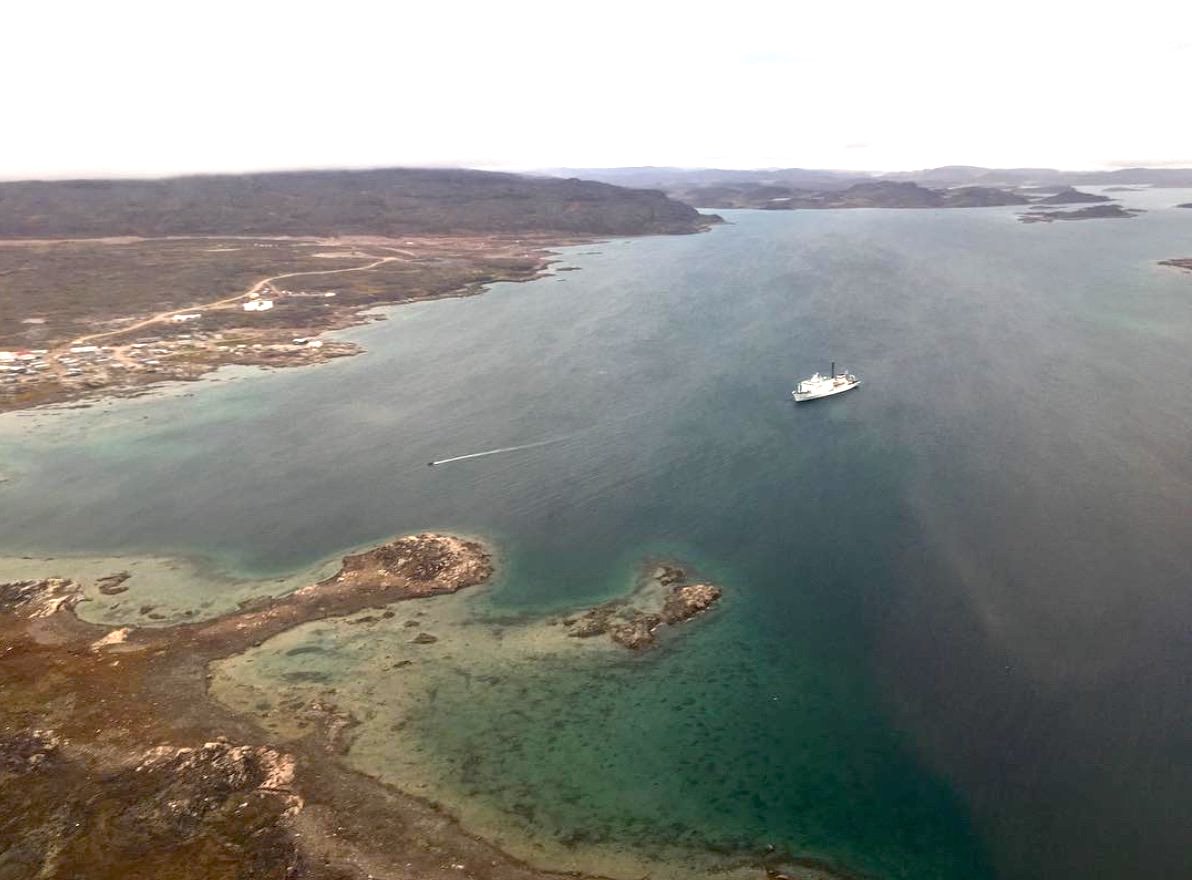 Here’s how the Akademik Ioffe looked on Friday, before it ran aground in the Gulf of Boothia. (PHOTO BY OCEANSENSING/TWITTER)

The Transportation Safety Board says that its investigators are now gathering information about the Aug. 24 grounding of the Akademik Ioffe cruise ship near the community of Kugaaruk.

The ship is damaged, said TSB media spokesperson Chris Krepski on Saturday, Aug. 25, so the TSB plans to wait and see where the vessel ends up before sending investigators to examine the scene.

Where the ship ends up will help inform the next step, Krepski said.

In any event, the grounding will be considered as a reportable marine occurrence, but Krepski noted there are various levels of investigation that could be launched by the TSB, depending on the information that the TSB receives from the crew and other sources.

“They ran aground about 80 nautical miles north of Kugaaruk,” he said.

By Saturday morning all the passengers had been transferred to the Akademik Sergey Vavilov, but members of the crew have remained on board, he said.

The captain secured and safeguarded the black box, which contains information about what course the ship was on before it ran aground.

Krepski could not say whether the Akademik Ioffe had hit a rock, a piece of ice or a sandbar.

That information will become clearer over the next few days, he said.

After the 2010 grounding of the Clipper Adventurer near Kugluktuk, the TSB launched a full investigation.

The TSB report, issued in April 2012, determined Clipper Adventurer’s grounding was the result of broken equipment and questionable decisions.

One Ocean Expeditions, which operated the Akademik Ioffe when it grounded Aug. 24, said in an update, sent out late Saturday, saying “there has been no environmental impact related to the incident.”

The statement said that Coast Guard officials and the ship’s owners are “awaiting confirmation” of the next port of call, where repairs to any damage from the grounding will be undertaken.

“In the days and weeks ahead, we will continue to assist the ship’s owners and government agencies with their review of the incident,” the company said.