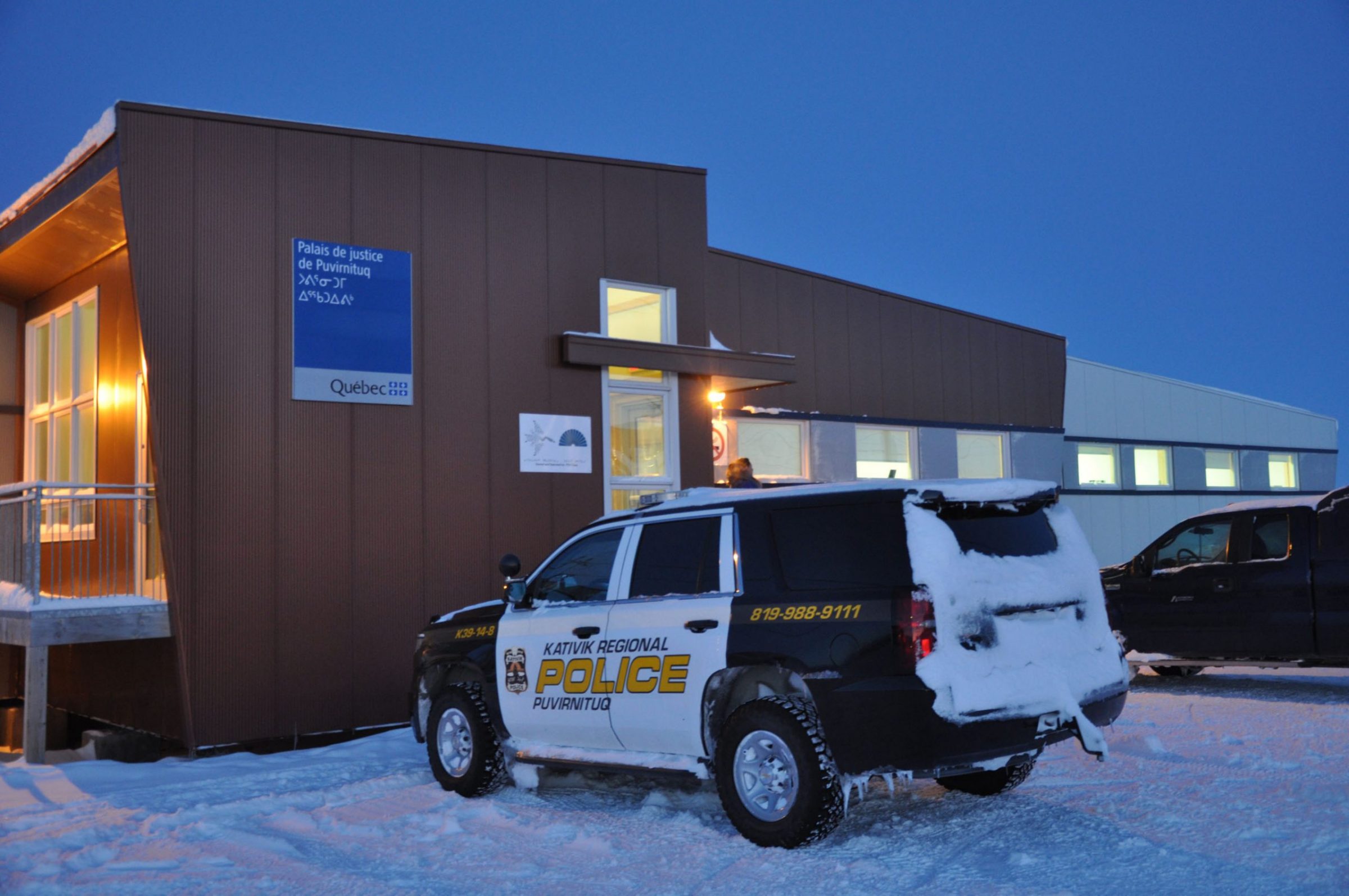 A Nunavik police vehicle is seen here in Puvirnituq in this file photo. A 20-year-old woman is charged with arson as police continue to investigate a fire Tuesday at the Aaniavituqarq crisis centre. (File photo)

One person is dead and a woman is in custody following a fire early Tuesday in Puvirnituq.

The fire broke out at 3 a.m. at the Aaniavituqarq centre, a rehabilitation facility for people experiencing a mental health crisis, according to Jean-Francois Morin, deputy chief of Nunavik Police Services.

At the time of the fire, 12 people were inside the centre, including 10 who were quickly evacuated. Morin said the other two people were trapped inside but eventually got out, however one of them later died.

In an email, he declined further comment, saying the investigation was transferred to Quebec provincial police’s crimes against the person division.

“The investigators didn’t arrive in Puvirnituq yet because of the weather yesterday,” Morin wrote.

Sgt. Nancy Fournier, a spokesperson for Quebec provincial police, said the person who died was a man in his late 40s. A woman, also in her late 40s, was injured but is expected to survive.

Lydia Shipaluk, 20, has been charged with arson.

She appeared in court Tuesday and is being held in custody, Morin said.

Police did not release the victim’s name.

“Investigators and a fire scene technician will go to the scene in the next few hours to determine the causes and circumstances of the event,” Fournier wrote in an email to Nunatsiaq News Wednesday morning.

The Aaniavituqarq centre has been closed while police continue their investigation, according to the Nunavik Regional Board of Health and Social Services.

All services have been relocated to temporary facilities in the community of about 2,100 residents.

“As soon as the establishment is accessible, further evaluation will assess the gravity of the damages,” said Kathleen Poulin, a health-board spokesperson, in an email.

“An extended closure of the building is anticipated, due to the extent of the fire.”

The Aaniavituqarq residents who were evacuated have been rehoused in the Uvattinut supervised apartment and at the Illagiit maternity department in Puvirnituq, Poulin said. Help is there for them in the interim.

“The users, individually consulted, are doing well,” Poulin wrote. “The essential personal belongings lost during the fire have been replaced.”

On its website, Aaniavituqarq is described as providing six residential beds serving people from the Ungava and Hudson Bay coasts. It offers structured short-term emergency placement as well as medium and long-term residential services in some cases.