More than 200 gather in Iqaluit for Black Lives Matter rally

Protesters marched from city’s main intersection to the RCMP detachment 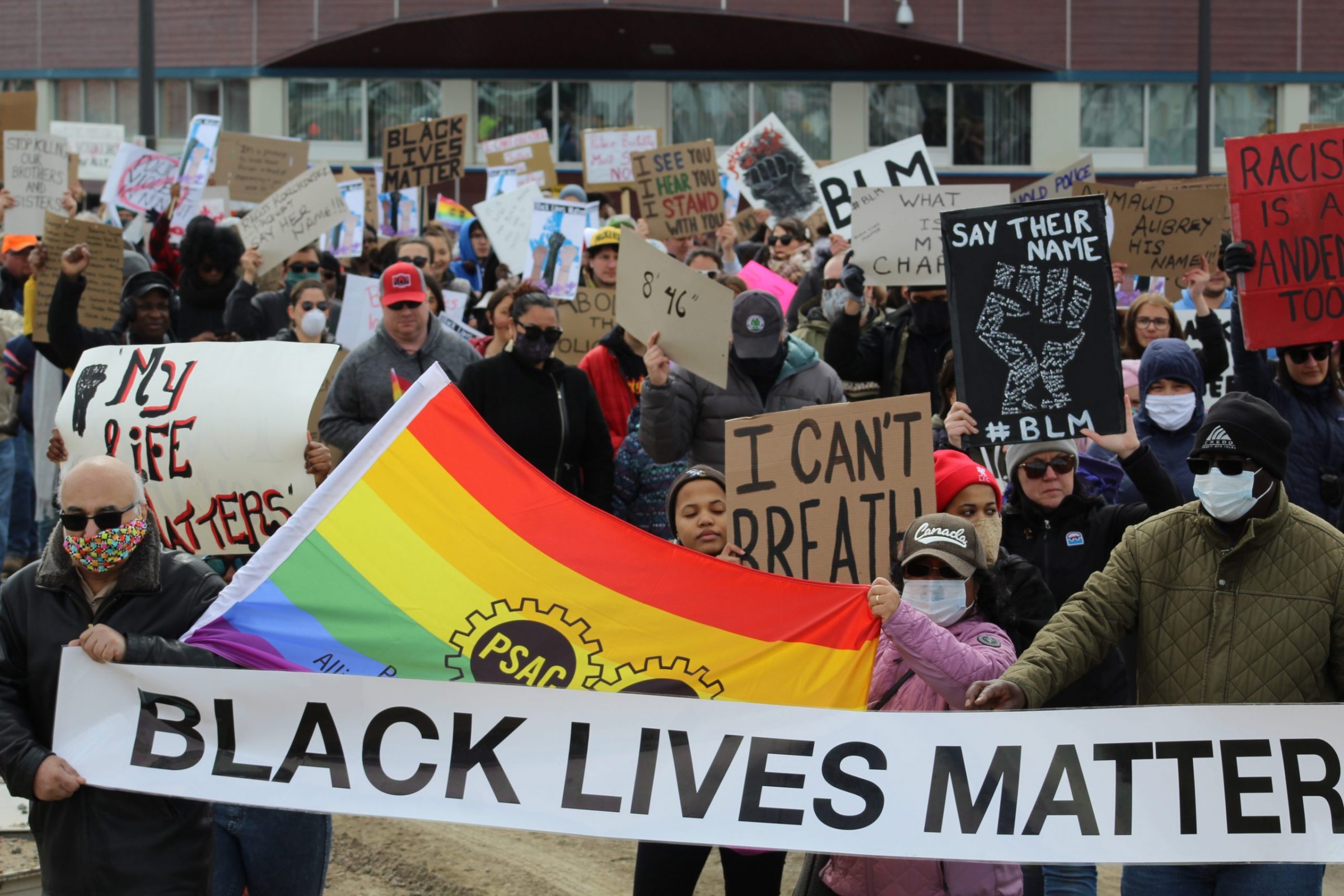 A Black Lives Matter rally in Iqaluit wound its way from the city’s Four Corners intersection to the legislative assembly to the RCMP detachment this afternoon. (Photo by Meagan Deuling)

A crowd of over 200 people rallied in Iqaluit today to show solidarity for Black people in the territory.

Many of the protesters wore face masks because of the COVID-19 pandemic and held placards.

The crowd chanted, “Black lives matter!” and “No justice! No peace! No racist police!”

They also chanted, “Justice for Kinngait!” in reference to a video widely circulated this week, showing an RCMP officer in that community using the door of his truck to knock over an Inuk man.

The rally was organized by the Nunavut Black History Society. It started at the city’s main intersection, known as the Four Corners, where protesters blocked traffic as organizers said the names of Black people recently killed by police in the United States.

One organizer poured some water from a plastic bottle after each name. Organizers then asked the crowd to kneel for eight minutes and 46 seconds—the length of time a Minneapolis police officer knelt on the neck of a Black man named George Floyd.

The death of Floyd, which was captured on video, has sparked protests in the United States and around the world.

The crowd then wound down the street to the steps of Nunavut’s legislative assembly building, where protesters used a megaphone to call on Premier Joe Savikataaq to create anti-racist government policies.

The next stop was Iqaluit’s RCMP station. Here protesters knelt again. Organizers then gave the megaphone to whoever wanted to address the crowd.

Many Black people spoke, saying that they’re usually afraid to speak up about the racism they face every day in Nunavut.

The organizers said that this rally is just the beginning. They plan to form a committee to push for government and RCMP reform.