Rally against anti-Black racism to be held in Iqaluit today

Rally starts at the Four Corners intersection at 11:45 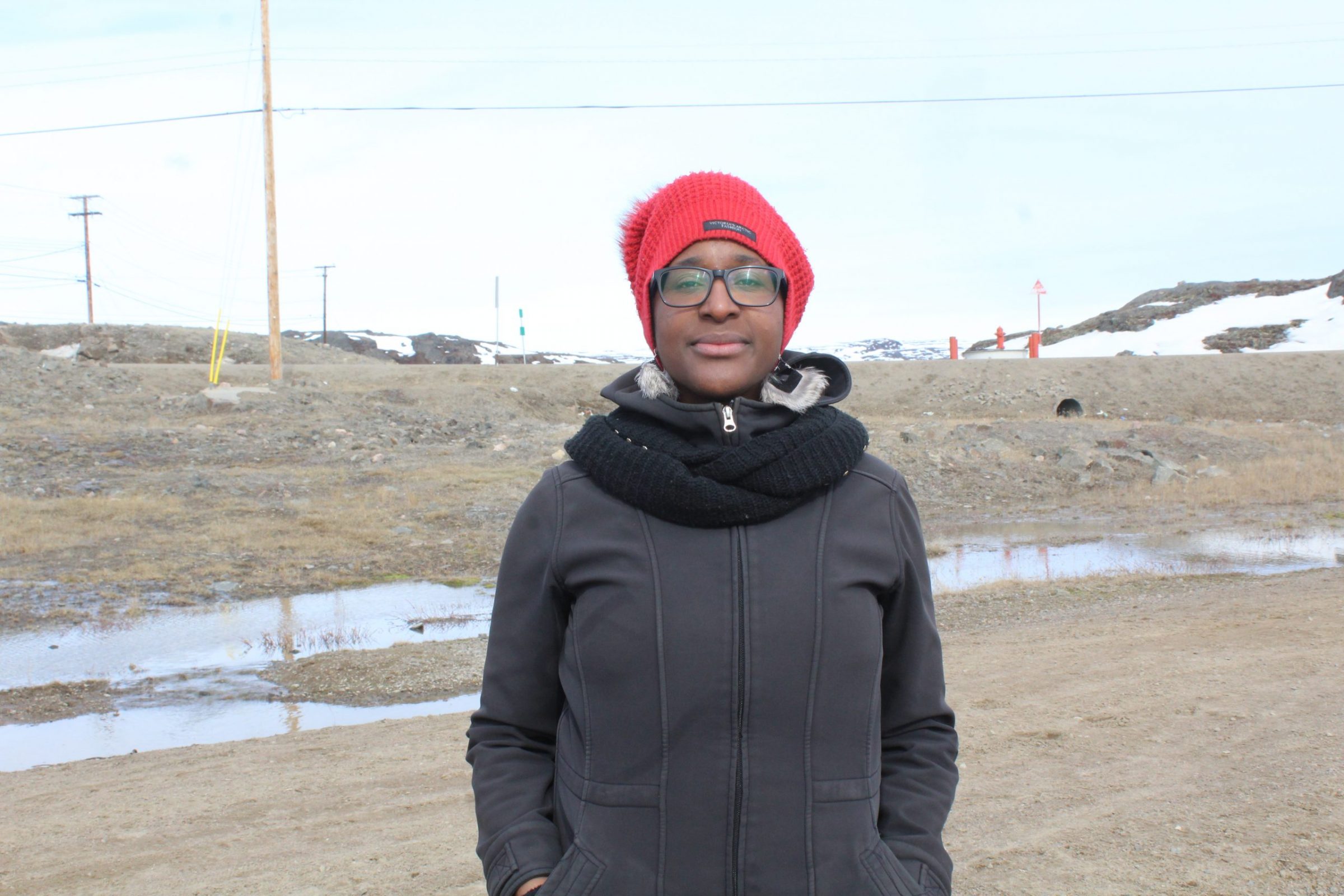 Murielle Jassinthe is a public relations officer with the Nunavut Black History Society. She’s helping to organize a rally to speak out about anti-Black racism today. (Photo by Meagan Deuling)

A rally against anti-Black racism is being held this morning in Iqaluit.

The rally will start at 11:45 at the Four Corners intersection, where speeches will be held, and then the group will march to the RCMP station. Everyone is welcome.

Murielle Jassinthe, a public relations director for the Nunavut Black History Society, said that “everybody reached out to us,” to ask how they could support Iqaluit’s black community at this time, as widespread protests against anti-Black racism are held internationally.

The protests have been prompted by the death of George Floyd, a 46-year-old Black man who died on May 25 after a Minneapolis police officer kneeled on his neck for more than eight minutes.

Organizations that reached out to the Nunavut Black History Society include the union that represents Government of Nunavut employees, the Public Service Alliance of Canada, the Positive Space Network and the African & Caribbean Association of Nunavut.

Jassinthe said she was grieving Floyd’s death and the general state of anti-Black racism in the world, and in Iqaluit.

“And people coming over and being like, I want to support you, but I don’t want to take your space” made her feel less alone, she said.

At the end of the march, Jassinthe said they’re going to hand a candle to the RCMP, as a symbol that it’s the force’s turn to address racism within the RCMP, and in the territory.

She said that the group of people who came together to plan the rally is very diverse, and their message is that addressing anti-Black racism is bigger than Black people.

“We are all in it together,” she said. “If someone is not free, there’s no freedom.”

Jassinthe said the rally is just the beginning. The committee that formed to organize the rally also wants to work together to address the systemic “everyday” racism that is ongoing in Nunavut, which can lead to events such as what happened in Kinngait this week, when an RCMP officer was shown on video knocking a man to the ground with the door of his truck.

The committee also plans to send letters to various territorial organizations, including the RCMP and the GN, to propose concrete actions that can be taken to combat anti-Black racism.

Jassinthe said that with Donald Trump as the president of the United States, she’s noticed that people are more open to expressing their racism, and that now is the time that people need to support each other instead of fear each other.

She said people are thinking about their own racist biases right now because of Floyd’s murder, and the incident in Kinngait, and this attention should be galvanized to create change.