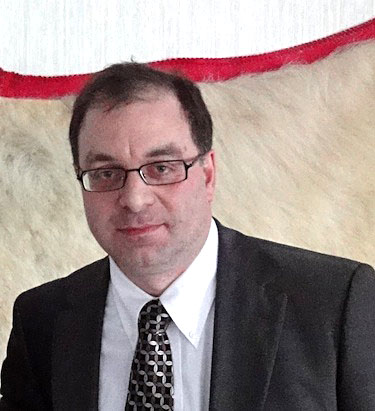 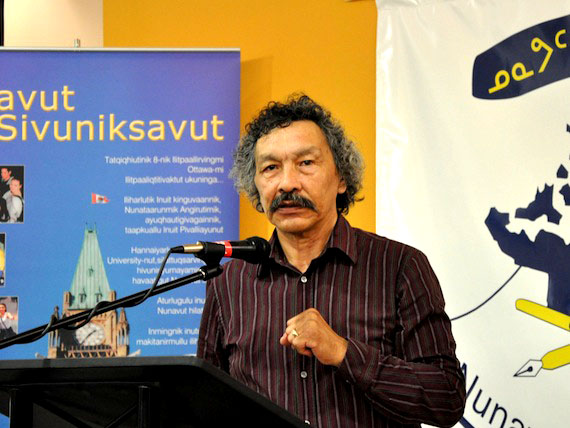 That federal program, called the Independent Assessment Process, is one element of the Indian Residential School Settlement Agreement, which Canadian courts approved in 2007.

But, unlike the Common Experience Payment, or CEP, which is available to anyone who attended an aboriginal residential school, you have to apply separately for the Independent Assessment Process, or IAP.

The IAP is aimed at those former students who suffered sexual or serious physical abuse, and provides them with compensation on top of the CEP.

The program, which has paid out over 20,000 claims so far across Canada, seems to have hit a roadblock in Nunavut, said Steve Cooper, an Edmonton-based lawyer who has represented former residential school students for nearly two decades.

“Uptake in the North seems to be far worse than in the rest of the country,” Cooper said. “There appears to be a problem.”

As of July 1, only 126 Nunavut claims for IAP had been admitted.

However, it’s difficult to put that number into context, because no one’s sure exactly how many eligible residential school survivors there are in Nunavut, and how many are eligible for the IAP.

Cooper believes low numbers of applications for the IAP is an issue among Inuit across the country — not just those in Nunavut.

“I think there’s a fear of having to tell their story,” said Cooper.

“One of the biggest obstacles is that the IAP is not as culturally adept as it could be,” he said. “You don’t talk about bad things [in the Inuit culture]. You forget, adapt and move in.”

But even those who are not eligible for IAP compensation in the end come out feeling satisfied, Cooper said.

“The healing power of this – monetary aside – is very important,” he said. “Everyone that finished this process came out of it feeling satisfied.”

Cooper said Nunavummiut should look to leaders like Jack Anawak, Peter Irniq and Paul Quassa, the first group of Inuit residential school survivors to go public with their experiences from school.

“They gave their generation license to come forward,” he said. “But people need to get over their fear of initiating the process.”

Inuit residential school survivors aren’t so much scared, but lack the information they need to apply for the IAP, Anawak told Nunatsiaq News.

“When students got CEP I think most people felt compensated,” he said. “They didn’t realize they could also go through this other process.”

Anawak, who went through the IAP as a test case led by Cooper in the 1990s, believes there are hundreds more Inuit students in Nunavut who are eligible.

“I would encourage anyone who thinks they have a case to apply,” he said. “It’s going to keep impacting you and your families. I think people just need a nudge.”

In additional to the money claimants may receive, they can also access counseling through the process.

But the Indian Residential Schools Adjudication Secretariat must do better at getting the word out, Anawak said.

The federal agency that administers the IAP, said in its 2010 report that it would do more to reach former residential students across the North.

The secretariat plans to hold information sessions in the Kivalliq this September, followed by visits to the Kitikmeot, Qikiqtani and Nunavik regions.

Sandra Omik, a lawyer with Nunavut Tunngavik Inc. said the sessions should be “very helpful.”

Although Omik can’t serve as legal counsel to Nunavummiut who wish to apply to the IAP, she does help refer former students to southern law firms.

NTI launched its own information campaign on the residential school settlement in 2007, but many have lost touch with the process, she said.

The organization also encourages law firms to offer Inuktitut translation to their clients, while lobbying the federal government to cover the cost of that service.

“It’s a bit more difficult [for former students in Nunavut] because we have a lack of lawyers,” Omik said. “That’s why NTI has been trying to bridge the gap.”

But with the help of legal counsel, the IAP is a very straightforward and confidential process.

Former students fill out an application, which is admitted to the secretariat as their claim.

Then a collection of all the students’ former documents begins in preparation of a hearing.

The process is non-adversarial, meaning no one is there to challenge a claim.

Legal and travel fees are subsidized and the entire process should take between 12 and 18 months.

Survivors of residential school who have not previously opted out of the settlement have until September 2012 to apply for the IAP.

Application forms and other information are available on the secretariat’s website at http://www.iap-pei.ca/index-eng.asp.

And NTI offers an information section on the residential schools agreement on website at www.tunngavik.com/residential-school-section/.