One fire has been extinguished, the other is being monitored 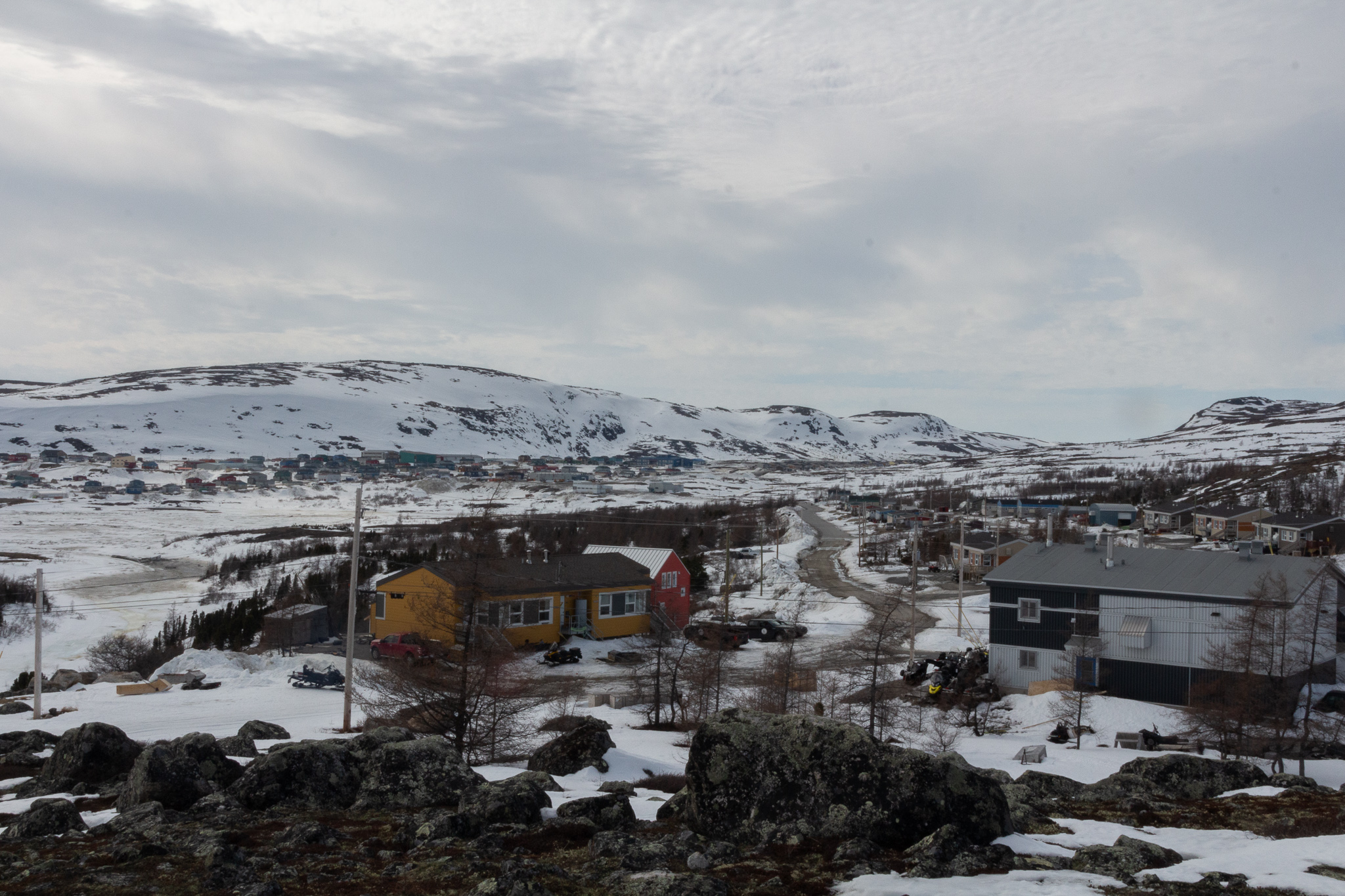 A smoke warning in Kangiqsualujjuaq, pictured here, is no longer effect after a forest fire in Kuururjuaq National Park was determined to be put out over this past weekend. A fire 300 kilometres east of Umiujaq is still burning. (Photo by Jeff Pelletier)

Nunavik’s forest fire season has started with two blazes: one near Kangiqsualujjuaq and another near Umiujaq.

The fire near Kangiqsualujjuaq, in Kuururjuaq National Park, was discovered by satellite and it was caused by people who were in the park, said Mélanie Morin, a spokesperson for Quebec’s forest fire protection agency.

It was extinguished with no intervention from firefighters on Sunday after covering over one square kilometre.

“We normally would just continue monitoring that fire with satellite data, but because it was within the park and it was within a certain distance of the community, we had an airplane fly over along with a fire behavioural specialist,” Morin said.

“That’s when we were able to determine that it was, in actuality, put out. It went out on its own with the weather patterns that were there.”

Morin said the fire was as close as 30 kilometres to Kangiqsualujjuaq — far enough away to be assured that the community and infrastructure would not be damaged, but close enough for smoke to possibly cause health issues.

The Nunavik Regional Board of Health and Social Service issued a warning over the weekend that people in Kangiqsualujjuaq should self-monitor for respiratory issues caused by smoke inhalation and to get help at the local health centre if needed.

The other fire, approximately 300 kilometres east of Umiujaq, is covering a larger area, but is not a threat to that community, Morin said.

According to Quebec’s forest-fire database, the fire started June 5 and its probable causes is considered unspecified industrial operations.

Morin said a specialist flew over that fire on Sunday and determined it was still not a threat to public safety. However, if there are strong winds heading west, some people in the Umiujaq may be able to smell the fire.

“It is within an area of Quebec where we systematically do not intervene,” she said.

“We evaluate if there is a need to intervene, but in this area…, we only get satellite data, and it is an area where we let Mother Nature and nature take its course.”