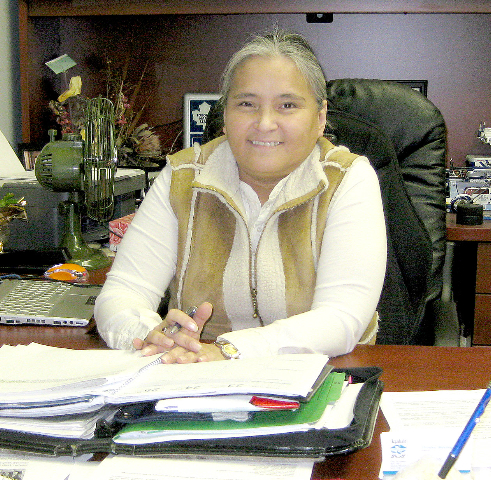 The long-form census helps Inuit achieve a way of life that is on par with that expected by average Canadians, Iqaluit’s mayor Elisapee Sheutiapik told a July 27 parliamentary hearing in Ottawa. (FILE PHOTO)

The defence of the mandatory long-form census, which asks probing questions about housing, living arrangements and income, brought Iqaluit’s mayor Elisapee Sheutiapik to a July 27 parliamentary hearing in Ottawa.

The long-form census helps Inuit achieve a way of life that is on par with that expected by average Canadians, she told the committee on industry, science and technology.

Speaking to the committee as a board member of Inuit Tapiriit Kanatami, on behalf of ITK president Mary Simon, Sheutiapik took a swipe at federal industry minister Tony Clement, who said that Canadians should not be compelled to reveal the number of bedrooms in their house or whether their house is in need of repair.

“Inuit living five to a bedroom in Clyde River or Puvirnituq or Taloyoak know the shame inherent in that question all too well,” said Sheutiapik, who is also a vice-president of the Nunavut Conservative riding association.

“So it is disappointing in the extreme that the greatest opposition to such “invasions of privacy” have come from individuals presumably unaffected by a shortage of housing,” she said.

The housing data collected by Statistics Canada as part of the long-form census is some of the most valuable information around to gauge the rate of overcrowding in Inuit communities, she said.

And Sheutiapik suggested that “looked at another way, answering such questions is a small yet meaningful way for every Canadian to have a part in improving the way of live of tens of thousands of Inuit.”

Sheutiapik cited some examples of the kind of information gathered from census forms, such as:

• Inuit number 55,000 in Canada and are spread across two provinces and two territories;

• 70 percent of Inuit speak Inuktitut well enough to have a conversation;

• the unemployment rate for Inuit is more than three times the national rate;

• Inuit are 10 times more likely than the average Canadian to live in overcrowded homes;

• Inuit women have higher educational attainment than Inuit men, and are participating in the labour force at higher rates than men; and

• about 25 per cent of Inuit children live in lone parent families, compared with 18 per cent of non-aboriginal children across Canada.

This kind of information from the long-form census has “important and specific policy and programming implications for Inuit women in the areas of housing, education, and child and family supports,” Sheutiapik told the committee.

“We need to understand the unique needs of the various groups in our society — men, women, elders, youth, and children — to plan appropriately for the future,” she said.

Having the long-form census is also important because it helps assess the conditions in which Inuit live over time, because census surveys are held every five years.

And Inuit take the census seriously, Sheutiapik said, mentioning the 100-per cent participation rate in Nunavik for the 2006 census.

But if the long-form census is not mandatory, this could change, Sheutiapik warned.

“We fear we may not be able to secure data for some communities, especially small communities, if there is not a large enough response rate from residents to provide reliable information,” she said.

Inuit in the South, who are young, mobile and have low incomes, may also pass up on the census if it’s not required, she said.