“I guess they were pushing it too fast.” 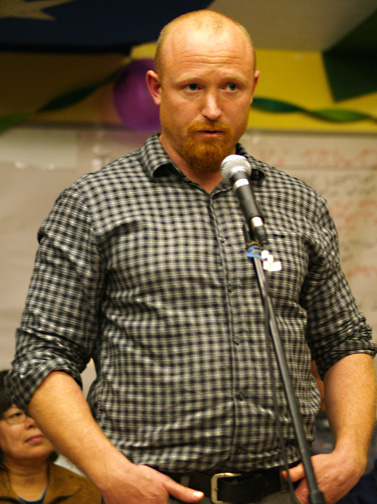 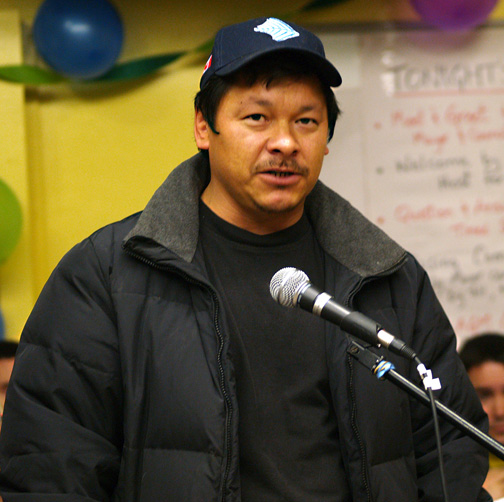 David Alexander said Tuesday he was still considering whether to ask for judicial recount to check ballots for a third and final time. (PHOTO BY CHRIS WINDEYER)

Romeyn Stevenson picked up five votes in a recount of Iqaluit’s city council election Monday, moving four votes ahead of David Alexander for the eighth and final council seat.

But it may not be over yet.

Monday’s recount results show a wide disparity between election night results from Oct. 19 and the new tallies. That has Alexander, who for now is edged out of a second term on council, considering a judicial recount.

“What happened in the election night count?” asked a chuckling Alexander in an interview Tuesday. “I guess they were pushing it too fast maybe.”

Nine of the top 11 candidates saw their vote totals change with the recount. In some cases the margin was significant: top finisher Mary Ekho Wilman picked up 35 more votes to finish with 1,002. David Ell picked up 27 more votes.

“Because we are humans, we are prone to some degree of error,” wrote returning officer Kirt Ejesiak in an email Tuesday. “I can say these results are the best and [most] accurate results we can determine.”

Ejesiak added he may recommend in his final report on the election that the city consider electronic voting machines to “remove this uncertainty of human error.”

Alexander said he’d like a judicial recount to clear the air and make sure the results are accurate, but he’s not sure how much it would cost.

“We’ve got to keep everyone happy,” he said. “There’s going to be a bad rumour going around, looking at the recounts.”

Ejesiak said the elections act makes no mention of who pays for a judicial recount. “I would presume it would be at the candidate’s expense,” he said.

Candidates have until Nov. 2 to request a judicial recount.

For Stevenson’s part, he’s happy to be elected as a city councillor, but he said he feels for Alexander.

“It’s a shame that he’s not as happy [as I am] this morning,” Stevenson, a vice principal at Inuksuk High School, said in an interview. “He’s been dedicated to our city for a long time.”

As for the prospect of yet another recount, Stevenson said he wouldn’t hold it against Alexander if he asked for one.

“If they want to make sure the votes are correctly counted, I appreciate that, I think that’s the correct choice.”

Stevenson said the first recount “should have been automatic” and thinks the elections rules should be changed so that close results go directly to a recount.

With Alexander apparently out, only two incumbents, Jimmy Kilabuk and Simon Nattaq will sit on the new council.

John Hussey, Iqaluit’s chief administrative officer, said before the recount results were known that he hoped to schedule a swearing-in some time next week. Councillors also must go through an orientation session before their first meeting, which is scheduled for Nov. 10.

It’s not yet known how a judicial recount would affect that schedule.