Players sharpen up with assist from Hockey Canada 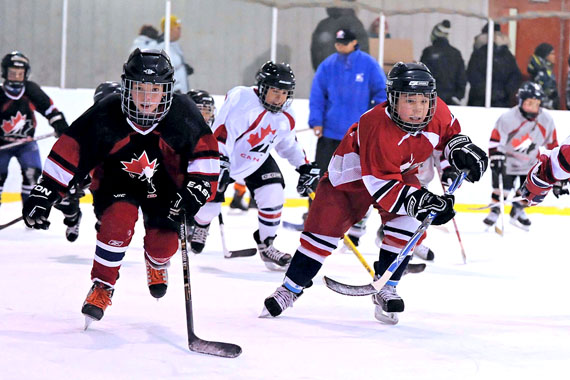 Liam Poulin and Elyassie Annanack chase after the puck during a Hockey Canada workshop held in Kangiqsuallujuaq Jan. 22 and 23. (PHOTO BY PASCAL POULIN) 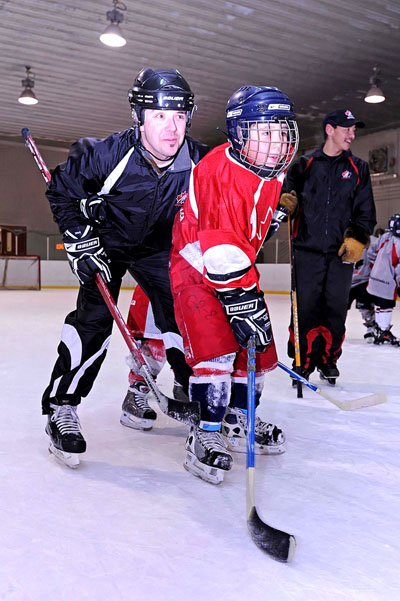 It’s 7 o’clock on a cold and dark Saturday morning, while a group of kids wait outside the arena in Kangiqsualujjuaq for their chance to get on the ice.

It rarely happens on a school day, local parents will tell you, but this weekend is a learning opportunity no young hockey player wants to miss.

On Jan. 22 and 23, Hockey Canada sent two instructors to Kangiqsualujjuaq to give a skills camp to players from the novice to midget level.

The workshop is modeled after Team Canada training camps, which focus on teamwork, communication and the art of basic skills like passing and shooting.

Through a mix of on and off-ice workshops, Munick says he learned a whole new way to teach hockey skills to young players.

“They taught us how to teach, how to motivate the kids and encourage teamwork,” Munick said. “It was a really good workshop – fun for the kids and fun for us.

“I would recommend it to other northern villages.”

A total of 70 young players, including Munick’s 15-year-old son, Matthew, took part in the two-day workshop.

“Hockey is popular here,” Munick said. “It’s important for the kids to have something to do other than watching television. This is a reason for them to get up, lace up their skates and get on the ice.”

Hockey Canada – formally known as the Canadian Hockey Association – is the not-for-profit body that governs ice hockey across the country. This was their fourth year in Nunavik.

Hockey Canada does about 20 skills camp every year around Quebec, says one of the organization’s spokesmen Sacha Vaillancourt.

Once a year, they give one of those workshops free of charge, often in an Aboriginal community.

The training camp is an intensive workshop that complements other hockey programs that operate across the region, Vaillancourt said, pointing to the Nunavik Youth Hockey Development Program.

Over the past four years, Hockey Canada has held two camps in Kuujjuaraapik, one in Kuujjuaq and now one in Kangiqsualujjuaq.

“It’s great to be there,” Vaillancourt said. “It’s not all the time that (the region) has access to these kinds of workshops.”

“Most of the students are still buzzing about the event today at the school,” said Mark Brazeau, principal at Kangiqsualujjuaq’s Ulluriaq school. “If there is a possibility that we can hold this event again next year, we’ll do our part to ensure it happens.” 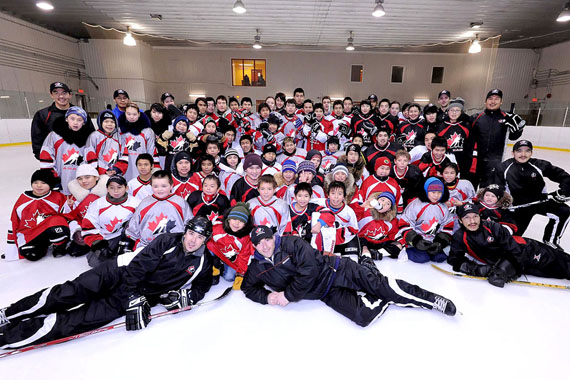