Inuit Affairs, of a different kind 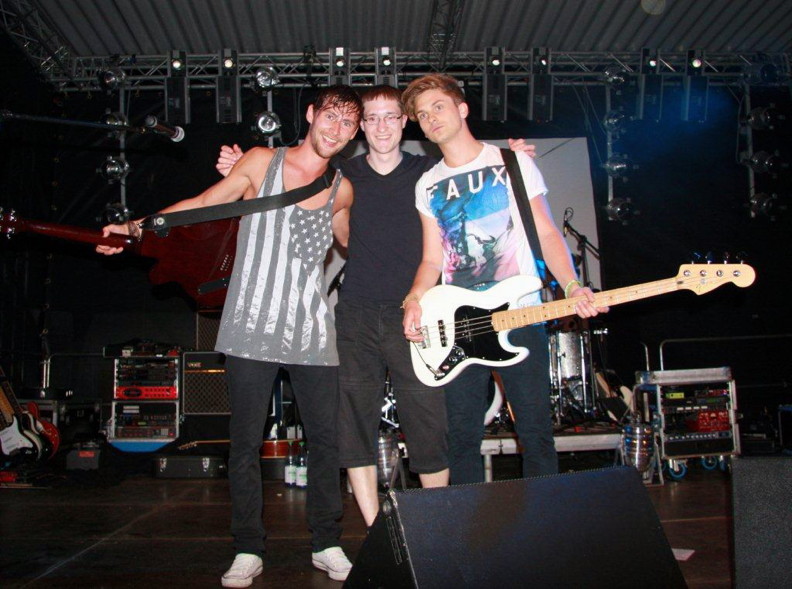 If you search the word “Inuit” on social media and other Internet venues, you will find some peculiar entries that have nothing to do with northern peoples and everything to do electric guitars.

There’s a Christian rock band from Birmingham, Alabama; an indie musician from Brighton, England; a band that makes “atmospheric post-rock” from Glasgow, Scotland; a surf-punk music band from Kent, England; and something called The Inuit: the animated band with an environmental statement, which sometimes goes by EzkimoBand.

We tried to contact these artists to find out why they use the word Inuit and whether they have a connection to the North.

Only one band, Inuit Affairs, a hardcore pop music outfit from Germany, kindly responded to the call-out.

Here is our Q & A with lead singer Jochen Kinast and drummer Simon Schaal of Inuit Affairs.

Inuit Affairs: Thank you for your kind mail! Of course we took a few minutes to answer your questions. As you have guessed we are not Inuit — we hope our answers won’t be too disappointing for ye.

Nunatsiaq News: How did you come up with the name Inuit Affairs for your band and why? Tell me the story behind that.

IA: We came up with the name Inuit Affairs because we wanted to pick a name people will remember. So we looked for something that is not too common. And it seems to work: everyone asks us what the name is about, people don’t just hear our name and forget it a few seconds later, they think about it.

We’ve also chosen “Inuit Affairs” because some of our lyrics are concerned with the drawbacks of globalization and economic exploitation. In Germany, people have a very positive picture of Inuit.

NN: How long have you been together?

IA: We founded the band about 4 years ago.

NN: Have you ever been to the Arctic? If not, would you like to go?

IA: No, unfortunately not. But we’d definitely love to go there some day. Simon (our drummer) has plans to go to Kiruna, in the very north of Sweden. But we guess there will be Sami instead of Inuit.

NN: Where’s the coldest place you’ve ever been:

IA: The coldest show we’ve played so far was in Northern Germany, at about -10 C, which we guess is rather hot for ye.

NN: What do you know about Inuit, the northern people?

IA: We have to admit that all our knowledge about Inuit comes from documentaries. We know that life is pretty tough in the inhabitable landscape and that a close connection to nature is vital. Furthermore, we know that this knowledge is taught from generation to generation. And we have seen a lot of videos with Inuit throat singing.

NN: Do you fans know what the word Inuit means?

IA: We think most people over here think the words Eskimo and Inuit have the same meaning. At one gig, there was a woman who was very familiar with some of the Inuit culture. But this is very uncommon and unfortunately just happened once.

NN: Do you know any Inuktitut words?

IA: We only know these two: ainngai and aput. Thanks a million! It was fun to answer your questions. 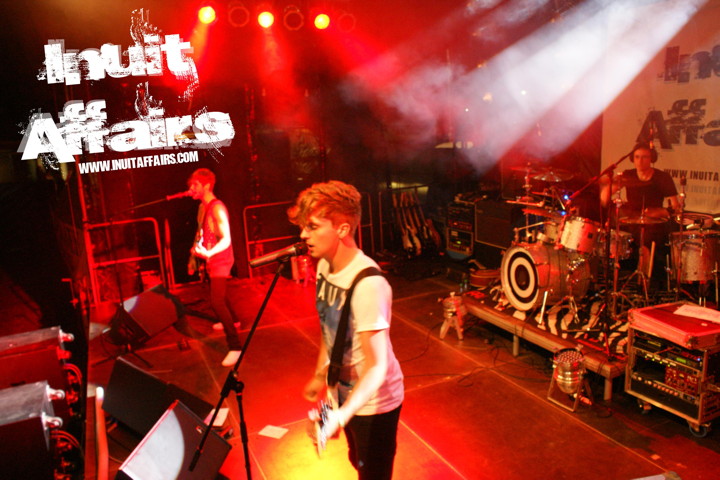 Inuit Affairs band members say they chose the name because it’s memorable, and because in Germany, people have a very positive view of Inuit people. (PHOTO COURTESY OF INUIT AFFAIRS)