“A clear indicator of climate change” 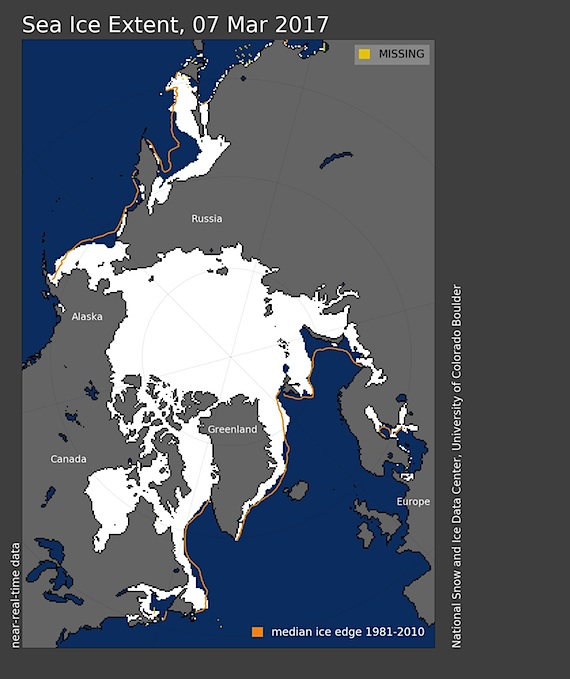 Arctic sea ice appeared to have reached its annual maximum extent March 7 and even at its greatest extent, the Arctic ice cover this year was much smaller than in 2015, and 2016, which produced the second and third lowest Arctic sea ice cover recorded during the past 38 years.

And, moreover, the 2017 ice was thinner than what grew in the past four years, data from the European Space Agency’s CryoSat-2 satellite showed.

That maximum extent for Arctic sea ice over this past winter came in at 14.42 million square kilometres, the NSIDC said.

As for Arctic air temperatures, these were warm: At about 2,500 feet above sea level, over the five months spanning October 2016 through February 2017, the temperatures were about 2.5 C above average over the entire Arctic Ocean.

“These overall warm conditions were punctuated by a series of extreme heat waves over the Arctic Ocean,” the NSIDC said.

Here you can watch a NASA video of ice formation over this past winter.