Anawak’s DUI case to be dealt with after Nunavut election 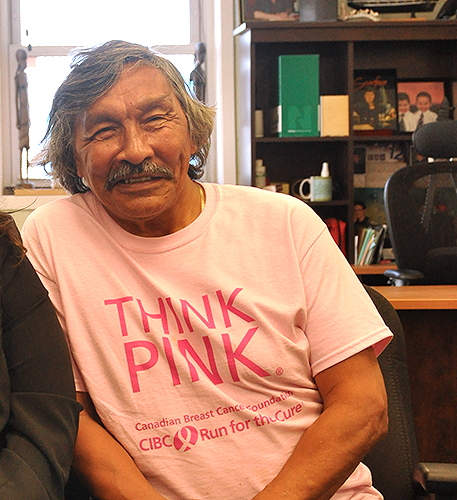 A justice of the peace has adjourned charges of impaired driving and failing a breathalyzer against Jack Anawak, a veteran politician and Aivilik constituency contender, until after the Oct. 30 election. (FILE PHOTO)

A Nunavut justice of the peace delayed a scheduled plea for outstanding impaired driving charges against Aivilik candidate Jack Anawak, clearing the way for Anawak to participate in the Nunavut territorial election before the case is dealt with in court.

Anawak’s lawyer, James Morton, said by phone at the Nunavut Court of Justice in Iqaluit, Oct. 12, that a resolution between lawyers is under discussion, but they need more time.

The JP adjourned the matter until Nov. 9, 10 days after the territorial election on Oct. 30.

“If we do a resolution we could enter a plea at that point,” Morton told the court, speaking on behalf of his client, who was not present.

Anawak, 66, faces one count of operating a vehicle while impaired and one count of failing a breathalyzer test while operating a motor vehicle, stemming from an incident in Iqaluit, June 16.

The breathalyzer charge implies his blood alcohol level is alleged to have exceeded 80 milligrams of alcohol per 100 millilitres of blood.

Anawak was earlier convicted of impaired driving in 2013, after he pleaded guilty.

Under the Criminal Code, the mandatory minimum sentence for a second conviction for impaired driving is 30 days in jail, although the law also provides for the possibility of a “curative discharge,” under which an accused offender can receive a conditional discharge if they can prove they have an alcohol or drug dependency and are taking steps to deal with it.

The current impaired driving charge against Anawak has yet to be proven in court.

Also in 2013, Anawak was fined for operating a vehicle while prohibited, stemming from a driving prohibition imposed after the earlier impaired driving conviction.

Originally from Naujaat, Anawak has served in various territorial and federal positions since 1988, when he was elected member of the House of Commons for the old federal riding of Nunatsiaq, a position he held until 1997, when he became Interim Commissioner of Nunavut during the planning period for the new territory.

Once a Liberal, he switched to the New Democratic Party during the 2015 federal election, running for Nunavut’s seat in the House of Commons. He finished second-place to Liberal candidate Hunter Tootoo, who sits as an independent.

Anawak has been accepted as a candidate for the Nunavut constituency of Aivilik, which includes Naujaat, for the Oct. 30 territorial election, and is running against one other registered candidate, Patterk Netser.