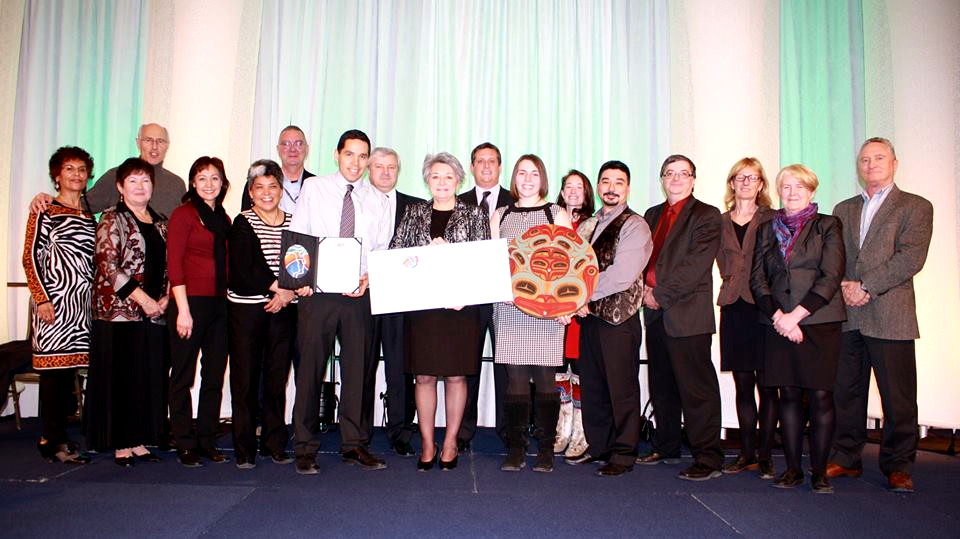 The team behind the Amaujaq National Centre for Inuit Education, with the Arctic Inspiration Prize founders and selection committee members after being awarded $325,000 in 2013. (PHOTO COURTESY OF ITK)

In addition, the organization announced a list of new ambassadors, including regional Inuit organizations, the Nunavut Economic Developers Association, the Baffin Regional Chamber of Commerce, Aarluk Consulting and Nunavut Sivuniksavut, who will act as spokespersons for the prize.

“The endorsement of these remarkable organizations from Nunavut reflects the importance of the Arctic Inspiration Prize and its continuously expanding network,” said Arnold Witzig, one of AIP’s co-founders, in a Sept. 25 release.

Since it was founded in 2012, the Arctic Inspiration Prize has handed out $2 million to a number of projects across the Canadian Arctic.

In its first year, the Nunavut Literacy Council took home $300,000, while Arviat elders writing a book on Inuit Qaujimajatuqangit received $240,000.

The cash is awarded by the S. and A. Inspiration Foundation, a fund started by Sima Sharifi and Arnold Witzig of Vancouver, through Université Laval’s ArcticNet program.

Nominations for the 2014 Arctic Inspiration Prize will be accepted until October 1 on the award’s website.

The 2014 Arctic Inspiration Prize awards ceremony will take place in Ottawa on December 10, in conjunction with the international Arctic Change 2014 conference at the Ottawa Convention Centre.