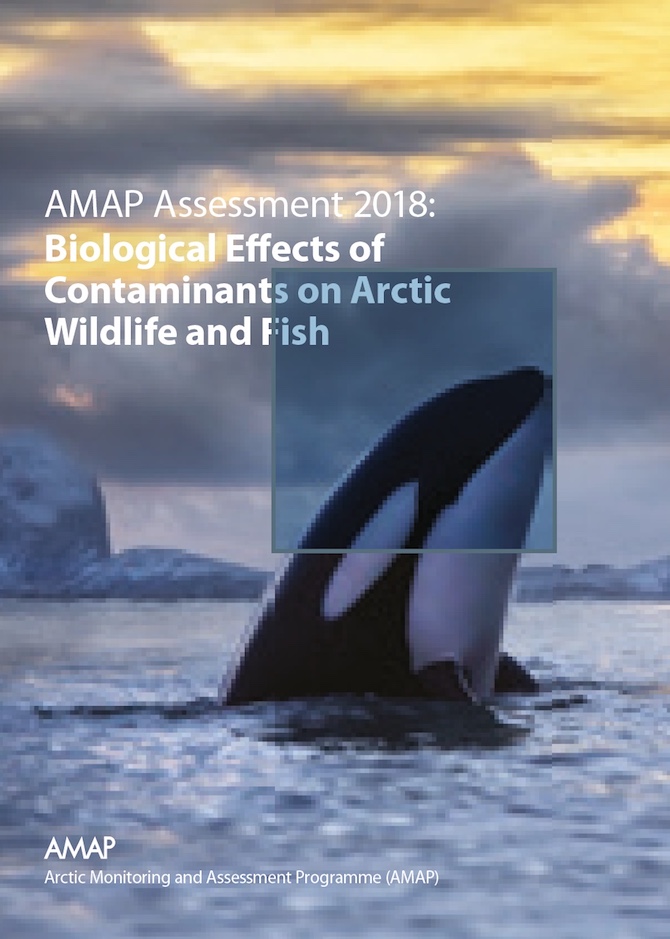 A new report by the Arctic Council’s Arctic Monitoring and Assessment Programme on the biological effects of contaminants on Arctic wildlife and fish reveals that toxic substances like PCBs are still having an impact in the Arctic.

Despite global moves to restrict the industrial production of mercury and persistent organic pollutants, levels of these chemicals remain elevated in some top predator species in the Arctic.

That’s according to a new Arctic Council report, released one day before Arctic environment ministers meet Oct. 11 and Oct. 12 in Rovaniemi, Finland.

Polar bears continue to exhibit levels of mercury that put them at “a high to severe risk for reproductive and other adverse health effects,” the report said.

And killer whales are among “the most highly PCB-contaminated species on Earth,” it said.

As well, AMAP researchers found that many different Arctic bird populations, including gulls, guillemots and murres, at various locations around the Arctic, were found to be at “a high to severe risk for health impacts” from either PCB or lead exposure.

This raises concerns for the health of these bird populations and for possible impacts on human health, they said.

The AMAP report on the biological effects of contamination on Arctic wildlife and fish follows a report from 2015, also by AMAP, which suggested that the health risks to ecosystems and humans from persistent organic pollutants—which include PCBs—had lessened in some species.

Persistent organic pollutants were subject to regulation, nationally and later internationally, under the Stockholm Convention, a landmark treaty to reduce Arctic pollutants signed in 2001 that required countries to reduce or eliminate their use of these chemicals, which cause disruptions to immune, hormone and reproductive systems.

But AMAP said today that “newly acquired information” indicated there should be continued concern about the impacts of legacy chemicals like PCBs, which were used in the past but can still be found in the environment.

As reported in AMAP’s earlier Assessment of Chemicals of Emerging Arctic Concern, there are also a number of new chemicals, such as new brominated flame retardants, which have been found in air, water and wildlife throughout the Arctic.

Previously undetected in the Arctic, these are now being found in circumpolar wildlife and fish and “may contribute to adverse effects in these organisms,” AMAP said in today’s report, which can be downloaded online.

AMAP said future research is needed to help estimate the risks to Arctic wildlife, and it suggests Indigenous knowledge holders, environmental data, and the development of new tools, such as computer models, could form a “larger, holistic picture of Arctic wildlife health.”