“We thank all the Nunavummiut who have welcomed us” 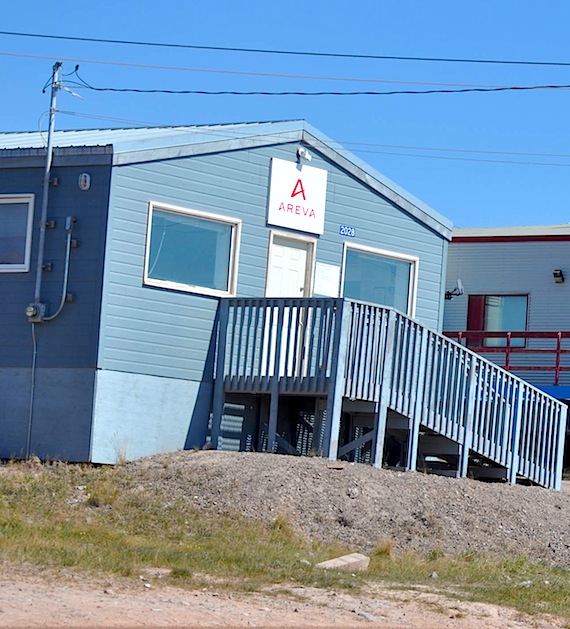 Areva Resources Canada, the proponent of the Kiggavik uranium project, has decided to close shop in Baker Lake and put its office building up for sale.

“After over 10 years exploring in the territory, studying the possibility of developing the Kiggavik Project and making numerous friends in the Kivalliq region, it’s time to say good bye,” the company said in an advertisement in the Nunatsiaq News print newspaper of May 5.

“We thank all the Nunavummiut who have welcomed us, guided us and supported us over the years. It was a pleasure getting to know you and working with you.”

The company is now seeking expressions of interest from bidders interested in buying building 2028 in Baker Lake.

Meanwhile, the office will remain open for a month or two more, said Barry McCallum, Areva’s manager of Nunavut affairs.

The decision to sell the building comes after Areva opted to place its uranium mining project on hold.

That followed a 2015 recommendation from the Nunavut Impact Review Board that the project, 80 kilometres east of Baker Lake, should not proceed.

Then, in July 2016, the four federal ministers with authority over the project said they accepted the NIRB’s recommendation.

Kiggavik will remain in care and maintenance for an “indefinite period,” McCallum said May 4.

Meanwhile, its permits will be maintained and the property will be secured and visited once a year, he said.

The uranium mine to be located at two sites, Kiggavik and Sissons, would have comprised four open pits and an underground operation.

Areva said the project, with an estimated lifespan of about 12 years, would have been operating by some time in the 2020s or 2030s.

But opponents, such as the Nunavummiut Makitagunarningit group, said uranium mining posed a serious risk to the Kivalliq region’s caribou herds and that the environmental risks associated with the operation would outweigh its economic benefits.

While the mine would have cost $2 billion to build, McCallum said Areva had spent $80 million on developing the project, with $30 million going to northern contractors since 2006—numbers he recently shared in a meeting with the mayor of Baker Lake and the Kivalliq Inuit Association.

In terms of jobs, Areva employed a part-time office employee, a few summer students and up to 34 local residents at the project—for a total of 70,000 person-hours, McCallum said.

Now Areva won’t consider taking Kiggavik out of care and maintenance until it’s economically feasible to mine there.

The price of uranium currently stands at about $22 per pound—down nearly by half since 2013 and much lower than its high of more than $136 per pound in 2007.

Kiggavik has a “significant resource” of uranium—130 million pounds, so Areva will eventually take a second look at the project, McCallum said, but that is, “not likely to happen within the next two years.”