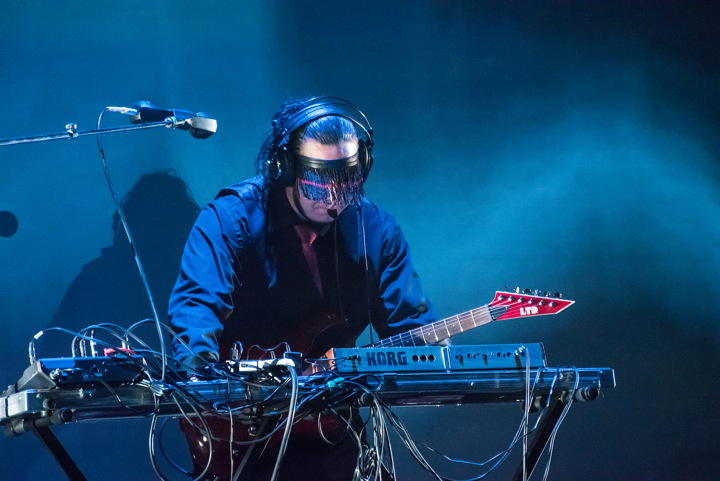 Casey Koyczan, a.k.a. NÀHGĄ of Yellowknife, shares his electronica beats inspired by northern legends, as part of the travelling show called From the North which makes a stop in Iqaluit this week. (PHOTOS BY ERIK PINKERTON) 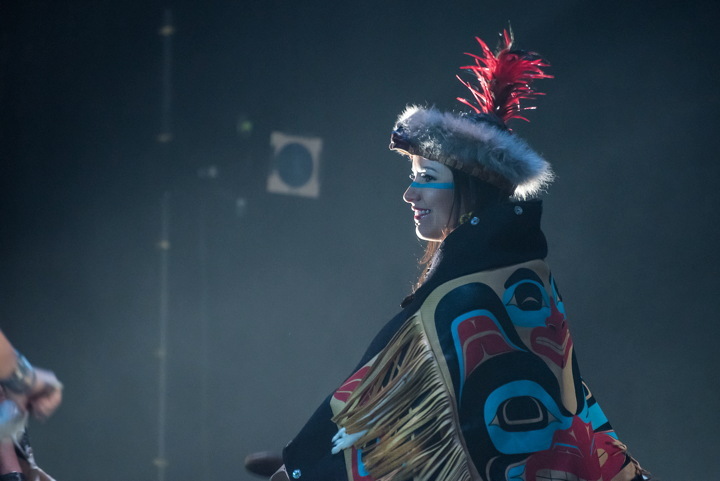 Whitehorse’s Dakhká Khwáan Dancers are visiting Iqaluit as part of a travelling showcase called From the North. The Inland Tlingit dance group’s ancestry traces back to the southern Yukon and coastal Alaska.

If you want to appreciate the artistic diversity that exists in Canada’s North, and you live in Iqaluit, you’re in luck.

A taste of Canada’s three territories is coming to Iqaluit this week in a travelling show called From the North.

Artists from Yukon, Northwest Territories and Nunavut are setting up shop at the Unikkaarvik Visitor Centre on Oct. 30, election night, and then again Nov. 1, for a gala performance that “weaves together stories, music and dance from exciting northern talent” and that includes IVA, Riit, Kathleen Merritt, Quantum Tangle, NÀHGA, Sophie Villeneuve, Borealis Soul, the Dakhká Khwáan Dancers and DASH, said a release sent out by the tour.

The Canada 150 production is a Music Yukon project, supported by Alianait in Iqaluit. The tour started in Whitehorse Oct. 22 and has already made its way through Yellowknife.

After the Iqaluit events, the tour will carry on to southern Canada.

“It’s a great opportunity for artists from the North to come together and travel not just across the North, but they are also going to Montreal, Ottawa and Vancouver,” Alianait’s Heather Daley told Nunatsiaq News.

And it’s especially an “amazing opportunity for our artists Riit and Kathleen Merritt. It’s fantastic,” she said.

“Canada’s North is a magnetic and enchanting place, especially when it comes to its art and culture,” said Kim Winnicky, From the North’s executive producer. “We wanted to take this opportunity to celebrate and showcase the vibrancy and diversity of northern peoples.”

At the Oct. 30 festival event, which runs from from 7 p.m. to 9 p.m., visitors will get a chance to try out Arctic games from across the North, and see first-hand how artists work with wood, stone and metal to create their artworks.

“Athletes will demonstrate northern sports and games, such as the one-foot kick and the knuckle hop,” Winnicky said. “Musicians and storytellers will share stories and songs of the northern landscape and its people.”

The Nov. 1 gala event, which will take place at Joamie Elementary School starting at 7:30 p.m., will have all forms of song from traditional throat singing to hip hop dance. Music and stories will unfold in French, English and Inuktitut.

“From the North will share stories of the North, how we see the world, and who we are as northerners,” the release said.

The Monday evening event is free and open to the public. Tickets for the gala, which are $25 for adults and $10 for youth ages 13 to 18, can be purchased at Arctic Ventures or online at alianait.ca.