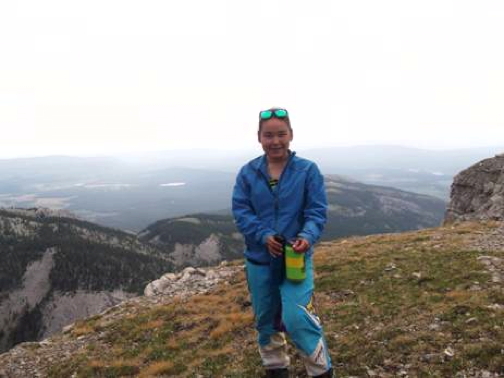 Shania Angohiatok was one of two Cambridge Bay youths who went on an Outward Bound adventure in the Canadian Rocky Mountains this past summer courtesy of the Ayalik Fund. (OUTWARD BOUND PHOTO) 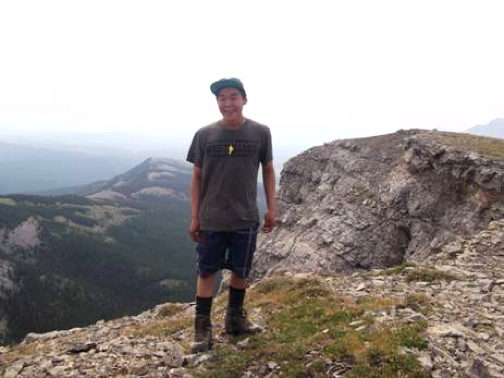 Ian Kavanna of Cambridge Bay was singled out for being a quick learner and for helping others during their Outward Bound trek through the Rockies this past summer. (OUTWARD BOUND PHOTO)

A fund set up by a couple to honour the memory of their adopted son has already helped two Cambridge Bay youth enjoy an unforgettable trip to the Canadian Rocky Mountains.

Ian Kavanna and Shania Angohiatok were chosen this year by the Ayalik fund, a charitable organization run out of the Tides Canada Foundation by David and Laurie Pelly, parents of Eric Ayalik Okalitana Pelly.

We first told you about the Ayalik Fund in May and the boy it was set up to honour. Eric was fostered and later adopted by the Pellys, who eventually left Eric’s hometown of Cambridge Bay to raise him in Ottawa.

But in December 2014, at age 19, the otherwise healthy and outdoorsy Eric suffered cardiac arrhythmia, quite unexpectedly, in the middle of the night. His heart stopped beating, and he died.

Devastated, but determined that his memory live on, the Pellys began collecting money to create a fund to help other Inuit kids, whose family’s can’t afford it, get treasured experiences away from home.

For nearly two weeks in early August, Kavanna and Angohiatok, both from Cambridge Bay, joined an Outward Bound Canada Discovery Course based in Canmore, Alberta, at the foot of the Rocky Mountains.

As part of the program, the dozen or so participating youth had to hike through the wilderness foothills of the Rockies carrying all their gear and food.

“Shania is a thoughtful and joyful young woman and was very articulate about her goals,” wrote the Outward Bound instructors in a report on this past summer’s trip.

“She told many interesting stories about her life back in Cambridge Bay and it was wonderful to have that insight on the trip. She also showed a very keen interest in the plants, animals and insects in the area they were travelling through and a desire to learn about them.”

The instructors also talked about Kavanna, his humour and his love for learning.

“Ian is an intelligent and thoughtful young man who was always wanting to help others,” they wrote.

“He was a quick learner — after watching a demonstration of how to light a fire using flint and steel, he picked them up and after a few tries, had successfully lit a fire with only a small spark onto the char cloth and dry grass.”

Outward Bound says the experience is about more than just canoeing and backpacking.

“Students not only learn the technical skills demanded by travel in the wilderness, they also develop long-lasting attributes that are the hallmark of Outward Bound — adaptability, courage, resilience, responsibility, persistence, integrity, compassion, service to community and the ability to work well with others.”

With a fund that contains about $150,000, the Pellys plan to disburse grants to selected Inuit youth every year, preferring to put money directly into experiences for children rather than funding programs or organizations.

David Pelly reported Dec. 8 that they have four youth lined up for a week-long Encounters with Canada course in Ottawa in February and March 2016 and are also hoping to send four more kids on an Outward Bound excursion in summer 2016.

You can find out more about the Ayalik fund here.