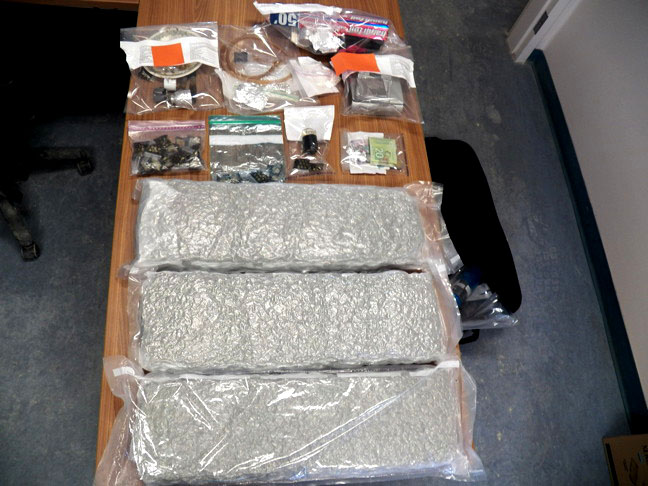 Cambridge Bay RCMP busted a residence in that community June 4 and this is what they found: about 7.5 kgs of marijuana and drug paraphernalia. A 31-year-old is now facing drug charges. (PHOTO COURTESY RCMP)

A Cambridge Bay resident now faces a charges of possession of marijuana for the purpose of trafficking, under the Controlled Drugs and Substances Act.

A June 5 news release did not reveal the name or sex of the person charged.

According to the RCMP release, police executed a search warrant and seized the marijuana — about 16 pounds — at a home after an investigation.

“This significant seizure will have a positive impact on the health and wellbeing of the residents of Cambridge Bay,” police said in their release.

The RCMP release also thanked people in Cambridge Bay “for their ongoing support and assistance when dealing with all types of investigations.”

This is the second time in two weeks that the Nunavut RCMP have grabbed a significant amount of weed in Nunavut.

On May 22 Igloolik RCMP seized 400 grams of marijuana. About $35,000 in cash was also seized from the Igloolik home.