“The co-op system has always put people before profit” 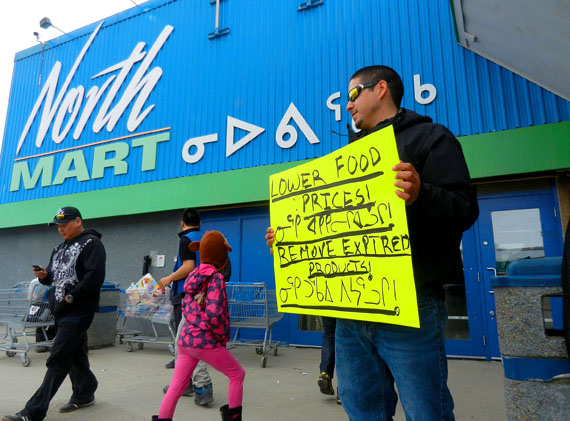 “The co-op system has always put people before profit and welcomes the opportunity to further improve its service to and within communities,” Andy Morrison, the chief executive officer for Arctic Co-ops Ltd. said Nov. 27 in a news release.

And ACL said they “co-operated fully” with the auditor general’s staff during its audit, including “open disclosure of freight rates, landed costs and suggested margins.”

“We have reviewed the contents of the report and support the recommendations of the OAG to further improve the program,” ACL said in its release.

“We agree with the auditor general’s report released today that recommends changes to make the program more effective,” said Edward Kennedy, the president of North West Co., in the release.

The NWC claims they tracked 4,000 subsidized items, starting in April 2011, and found their prices dropped by an average of eight per cent.

“This decrease comes despite the fact it costs North West substantially more to buy food now than it did a few years ago. When you factor in the inflation in the cost of perishable food, the actual retail price savings is more than 15 percent,” Kennedy said.

Global food prices did spike around 2010 and 2011, the United Nations Food and Agricultural Organization reports.

But that organization, in its October 2014 food price index, said the global prices of most basic food commodities, except for meat, have fallen to their lowest levels since 2010.

In 67 communities, located mostly in Nunavik, Nunavut, the Northwest Territories and the northern regions of other provinces, NWC stores are eligible for Nutrition North air freight subsidies on nutritious and perishable food.

The ACL federation comprises 31 member-owned Inuit and Dene enterprises, many of them retail stores, located through Nunavut and the Northwest Territories.