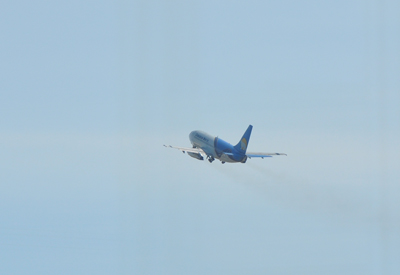 Canadian North and First Air launched their new codeshare agreement July 27, which will see the two major northern airlines team up on north-south connections to, from, and within the Kitikmeot and Baffin regions of Nunavut.

The agreement, first announced this past May, means flights operated by either company will be jointly marketed by both airlines.

That way, customers can purchase a seat through each airline, but the flight is actually operated by only one of the cooperating airlines — called the “operating carrier.”

Among the highlights of the new schedule’s Nunavut-bound flights: twice-daily flights between Ottawa and Iqaluit, and daily Boeing-737 flights between Yellowknife and Cambridge Bay.

“These enhancements represent an important milestone in Canadian North’s history of innovation,” said Steve Hankirk, president of Canadian North, in a July 27 release.

“We entered into a codeshare agreement to better serve our customers and improve the sustainability of our scheduled service operations,” Hankirk said. “We’re very pleased to implement a new schedule that will create immediate benefits for our northern customers.”

The codeshare is a departure from the merger that both First Air and Canadian North negotiated through 2014 before pulling the plug on the idea.

And it’s separate from another codeshare agreement between First Air and Calm Air, which began operating throughout the Kivalliq region in June.

Here are the highlights of the new Canadian North/First Air agreement:

• Yellowknife — Kugluktuk: ATR 42 flights between Yellowknife and Kugluktuk will be implemented daily, operated by First Air;

• Iqaluit — Rankin Inlet — Yellowknife, otherwise known as the “Trans-Arctic:” Combined service will continue with service three days per week. First Air will operate flights on Tuesdays and Sundays, while Canadian North will operate the Thursday flight.

But Canadian North called the new agreement “business as usual” for its customers, who can continue to book flights through the airline’s website.