City of Iqaluit to dispose of three vacant downtown lots 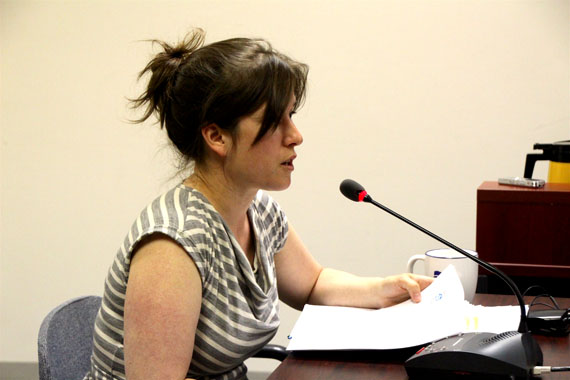 Project proposals for vacant City of Iqaluit lots on Queen Elizabeth Way must provide for the start of construction within two years of the lots being awarded, city director of planning and development, Mélodie Simard, tells council July 25. (PHOTO BY BETH BROWN) 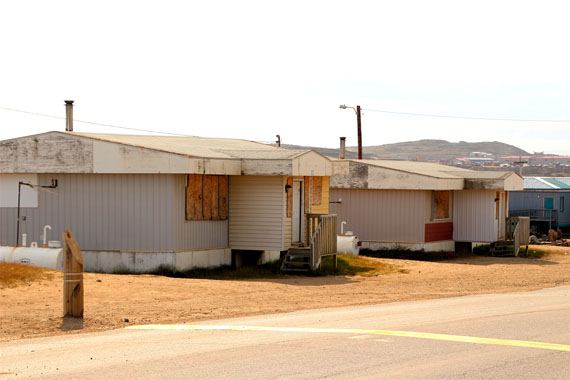 Two parcels of municipal land in Iqaluit holding boarded up houses once owned by the federal government are now slated for commercial or mixed-use projects, following third reading of a land disposal bylaw at a July 25 Iqaluit City Council meeting. (PHOTO BY BETH BROWN)

While the smallest lot is to be disposed of at its appraised market value, councillors were careful about how, and for what purposes, the other two lots would be disposed.

They decided unanimously that the lots would be used for commercial space, with the option for mixed use space should applicants wish to build residential units on upper floors of any new building.

To decide the scope of project proposals that would be considered for the land, councillors struck a committee July 11, when the bylaw passed second reading,

Since the city wants to increase small business and improve the pedestrian experience downtown, the committee decided against allowing office space to be built on the land, city director of planning and development, Mélodie Simard, told councillors July 25.

Instead, the committee—which included deputy mayor Romeyn Stevenson, Coun. Terry Dobbin and Simard—developed a reduced list of projects that could be considered for the land parcels.

Applicants providing proposals to the city for the parcels will need to confirm that the main floor use of new buildings built on the lots will be among the following:

Projects would also be required to break ground for construction no later than 24 months following project approval.

Besides use of space and price, the committee decided buildings with a larger gross floor area of would be prioritized, Simard said.

And any project that would include development on a nearby or adjacent land parcel would get priority, Simard said, when asked by Mayor Madeleine Redfern.

Lots between and around the three city parcels are privately owned. Project proposals that seek to use more space by acquiring privately owned parcels of land would have a competitive edge.

Councillors noted that this vision for added commercial space in the downtown would bring with it a need for parking and increased efforts on pedestrian safety.

Simard assured the council that the shortage of parking at the two grocery retailers located on the same roadway, Northmart and Arctic Ventures, would not be worsened by any new commercial development on the lots.

“Today we would require more parking than is provided on those sites,” she said.

The old houses that sit on the land parcels now were originally owned by the federal government.

The city decided to take ownership of the parcels in February 2016, after the Government of Nunavut passed on the opportunity.

While tests have shown the land is not contaminated, there is asbestos in the buildings, which will have to be torn down.