Climate report encouraging, but Canada must step up: expert

Canada must get serious about reducing emissions 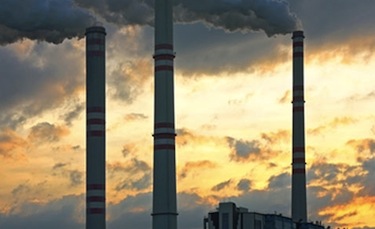 Cutting emissions by 2020 to a level that could keep a global, 21st century, temperature rise under 2 degrees C is technologically and economically feasible, says a comprehensive new study released today by the UN Environment Programme. (PHOTO COURTESY OF GRID-ARENDAL)

MONTREAL — Canada has no excuse for not revamping its climate change plan in light of an encouraging new global study that says avoiding catastrophic climate change is still technologically and economically feasible, an expert on climate change says.

“Clearly, Canada has to review the goals it committed to in Copenhagen which were not nearly ambitious enough, and which it doesn’t even have a plan to meet,” said Patrick Bonin, director of energy and climate for the Association québécoise de lutte contre la pollution atmosphérique.

As the world prepares to meet again for the annual international conference on climate change, this time in Durban, South Africa, from Nov. 28 to Dec. 9, a study released Nov. 23 by the United Nations Environment Program brings both good and bad news.

The 55 scientists from 15 countries who produced the report, called Bridging the Emissions Gap, conclude that the world can still avoid the catastrophic effects of a temperature rise of 2 C with existing technology and without damaging the world economy.

A quicker-than-planned switch to renewable energy, improved energy efficiency and new fuels are all part of the solution, the report notes. Better public transportation, more fuel efficient vehicles and improvements to agriculture and waste management are also key.

Emissions from aviation and shipping, which currently fall outside the Kyoto Protocol emission reduction treaty because they are considered international emissions, could be cut by improving fuel efficiency, using low-carbon fuels and simply reducing ship speeds, the report says.

But the scientists also report that improved modelling from last year’s assessment means the gap between what the world’s governments have promised to do by 2020, and what they need to do is larger than previously thought.

Under the most optimistic scenarios, that gap is now estimated at six gigatonnes of carbon dioxide equivalent per year, rather than five.

“It shows we have much to do, both in terms of ambition and policy, but it also shows that the gap can still be closed if we act now,” said UN secretary general Ban Ki-moon. “This is a message of hope and an important call to action.”

Bonin said the Canadian government needs to listen to this call.

“Science is telling us what we can do to avoid catastrophic climate change, and so far Canada has not been listening at all,” he said.

The cost of making the changes required to avert catastrophic impacts of climate change is estimated to be between $25 and $54 US, per tonne.

The report can be downloaded from: http:www.unep.org/publications/ebooks/bridgingemissionsgap/