Company makes 11th-hour bid to take over derelict diamond mine

Crystal Exploration wants to take over Jericho, adjacent to its other diamond licenses 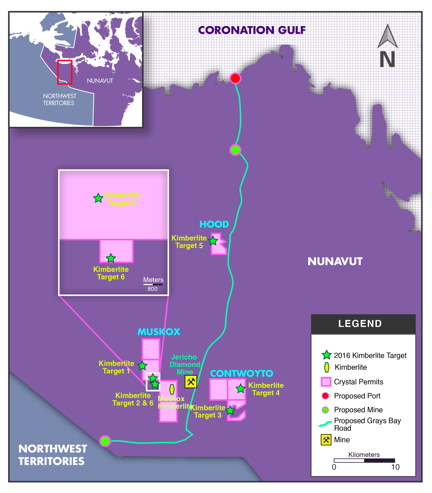 A map showing the location of Crystal Exploration’s diamond licenses near the old Jericho mine site. The green line due north from the site and the red dot on the coast is the proposed Grays Bay road and port and the green dot at the other end is MMG’s proposed Izok Lake mine. (CRYSTAL EXPLORATION MAP) 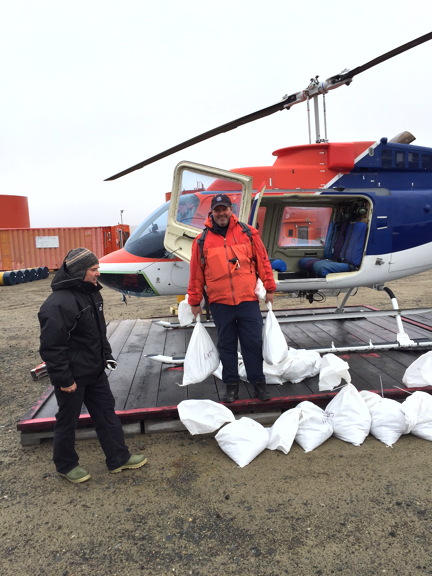 Members of a Crystal Exploration geology crew on site at the Muskox Kimberlite in September 2016 working to identify new drilling targets for 2017. (PHOTO COURTESY OF CRYSTAL EXPLORATION) 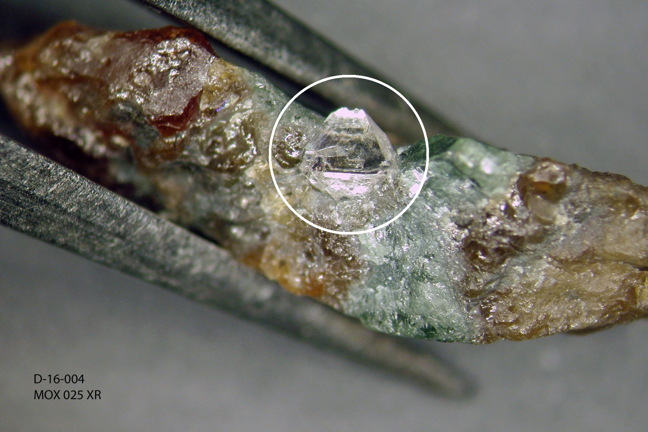 An example of what Crystal Exploration is pulling out of the ground at its Muskox Kimberlite, about 14 kilometres west of the Kitikmeot’s old Jericho diamond mine. (PHOTO COURTESY CRYSTAL EXPLORATION)

Just weeks after Ottawa put out a request for proposals for a $10-million clean up at the abandoned Jericho diamond mine, a company is asking the federal government to hold back the wrecking ball and consider their bid to take over the mine instead.

Crystal Exploration Inc., a Vancouver-based junior mining company formed in 2011, has been exploring its diamond licences near Jericho and is now keen to incorporate Jericho into its future plans.

“It’s not going to be a simple matter of just turning a key and processing ore again. It’s going to take a few years of geology and engineering in order to position the mine in an orderly manner so it can be mined economically,” said Crystal CEO and president, Jim Greig, on the phone from Vancouver.

“There is potential. It’s costly working in the North but we’d like to position Crystal where we can move from exploration to development and eventually production in a very quick period. It’s possible to do this but only by utilizing the existing infrastructure at Jericho.”

Jericho has been under “care and maintenance” by Indigenous and Northern Affairs Canada since 2014 after it was abandoned by Shear Minerals.

Having failed to find a buyer to take over the site’s assets, INAC was forced to pursue remediation to ensure contaminated soils, hazardous waste and other issues at the site were not impacting the local land and animals.

So in September, INAC submitted a “site stabilization plan” that would involve an estimated $10.5 million worth of work including a 200-km winter road to mobilize equipment and then a summer’s worth of demolition, remediation and landfilling, among other things.

But Crystal is proposing Ottawa delay spending all that money destroying millions of dollars worth of investment and give their company a chance to make Jericho a functioning mine again.

Specifically, they’re asking for three years to explore what’s left at the current Jericho pit and see if any other kimberlite pipes are worth exploring there, maintain the site to ensure it’s safe, and continue to explore the potential of other licenses, especially the Muskox Kimberlite, 14 kms west of Jericho.

At year four, Crystal says it would be able to decide whether they want to acquire Jericho or leave it to INAC to remediate. Greig estimates it would cost about $50 million to get Jericho up and running again.

At this point, INAC is being cautious. In an email to Nunatsiaq News, a spokesperson would only say that they are “aware of the request form Crystal Exploration and discussions are ongoing.”

No decision would be made, INAC added, until after the Nunavut Impact Review Board has concluded its review of the remediation plan. The NIRB’s deadline is Dec. 9.

Greig said he understands INAC’s caution because, as caretaker of the land, it’s their job to make sure it is safe and maintained and they probably don’t want to keep sinking money into a derelict mine.

“INAC is listening. We’ve had some face-to-face meetings and there’s been communication via email. At this point, their mandate is to take care of remediation and any liability that’s out there and I fully understand that. The environment and the community is number one,” Greig said.

“Hopefully with some help through a partnership with the KIA and perhaps the Nunavut government, we can present a very strong case to freeze all remediation activities and allow a company to genuinely do the work to recover this asset.”

But Ottawa has been seeking a buyer for two years now. What took Crystal so long?

It’s taken time to figure out whether those sites were worth investing in, he said. He thinks they are.

If by all accounts, Jericho has only six or seven more years of mining life left, the site could still be used to house staff and process diamonds from Muskox which the company feels has the most potential at this point.

A geological team has been exploring Muskox for the past year, most recently this past September, and, based on current information and exploration records from 20 and 10 years ago, they feel the site has promising prospects.

“Kimberlite pipes, where the diamonds come from, or a dyke, they appear in clusters so generally when you find one, there’s usually many, up to dozens, in the surrounding area. But the billion dollar question as always is: is there enough diamonds in the kimberlite pipe to show it’s economical,” Greig said.

Greig hopes to engage partners to help shore up support and that includes the Government of Nunavut and the Kitikmeot Inuit Association, both of which he has already been in touch with.

Crystal is currently drafting a template Inuit Impact and Benefit Agreement to eventually present to the KIA, Grieg said.

Greig also said he’s been in touch with MMG Ltd., the company that owns the Izok Lake and High Lake lead, zinc and copper properties, to offer support for the Grays Bay road and port project.

That project—long sought by mining companies and Kitikmeot communities for years—consists of a port at Coronation Gulf connected to a 227-km all-weather road running due south, past the Jericho site, to the Izok Lake property on the Nunavut-NWT boundary.

Ottawa is lukewarm to the project but Grieg said if other companies get on board, Ottawa might eventually be convinced to invest. Meanwhile, the GN is teaming up with Nunavut Resources Corp. to continue pursing the road and port on its own.