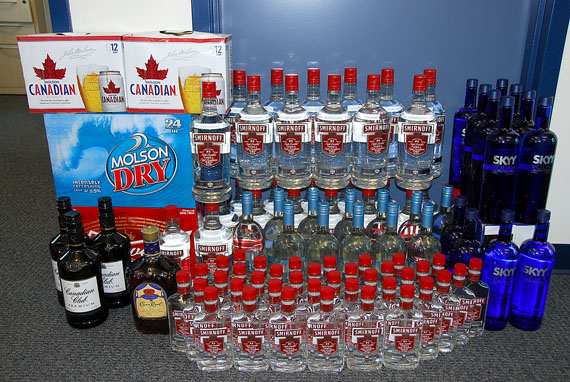 Nunavut RCMP, on April 19 and April 20, seized 92 bottles of liquor and 72 cans of beer, which they believe was being kept for illegal sale. (PHOTO SUBMITTED BY RCMP)

Police said April 24 in a news release that they believe the booze was intended to be sold in Pangnirtung, Kimmirut and Iqaluit.

During their seizures, cops grabbed 92 bottles of liquor and 72 cans of beer.

They estimate that the seized goods had a resale value of about $22,000.

Police learned of the illegal liquor after getting “tips from the public.”

They have not yet released the names of the three people facing Liquor Act charges.