Raw number of crimes higher than recent years, but lower than in 2012 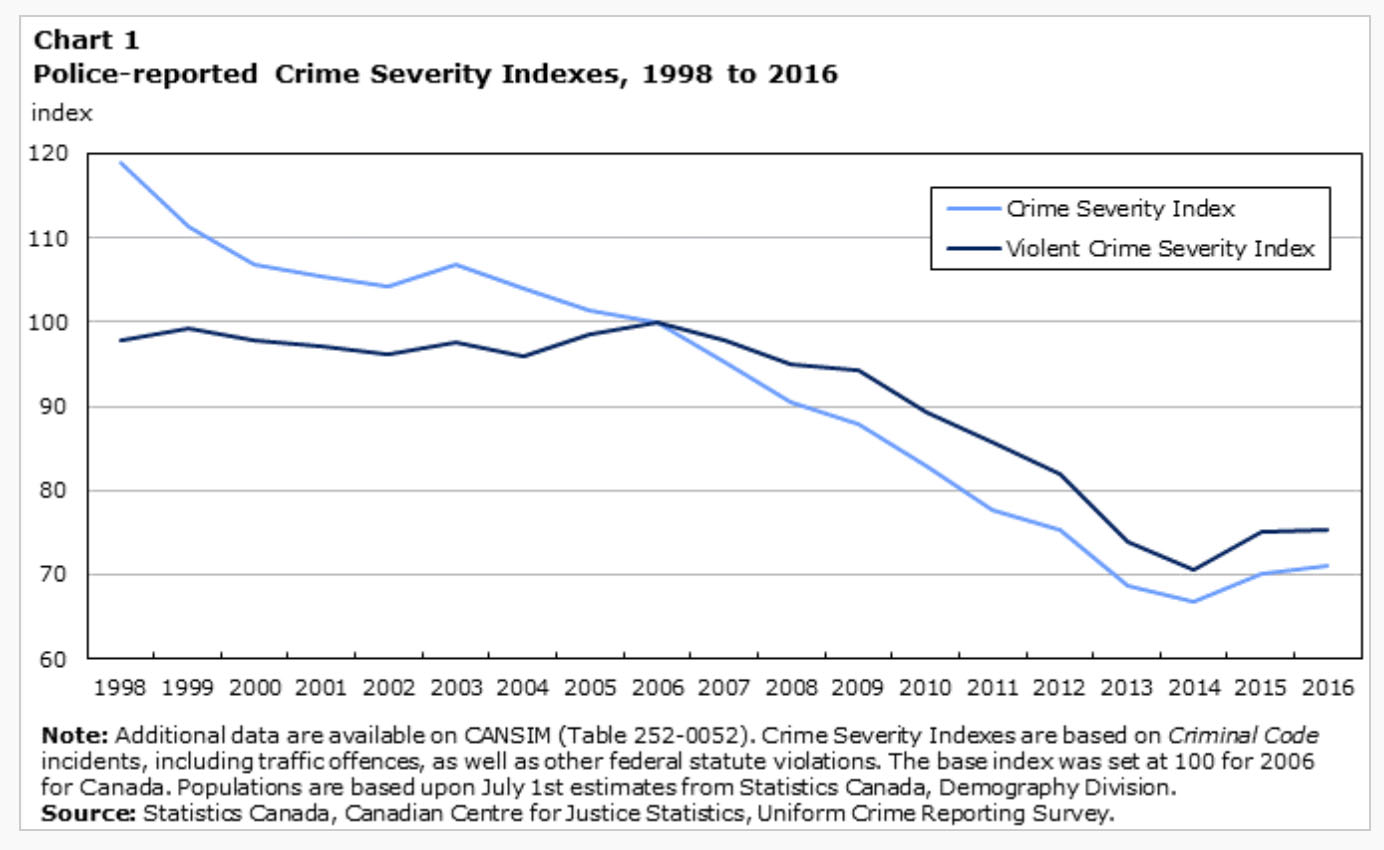 When compared with the previous year, crime in Nunavut increased in both severity and overall frequency in 2016, with big growth in fraud, sexual violence and impaired driving, according to numbers on police-reported crime released July 24 by Statistics Canada.

StatsCan reported that Nunavut experienced 13,272 occurrences of police-reported crimes in 2016, a nearly four per cent increase when compared with the total raw number of crimes reported in 2015.

And the severity of crime in the territory also increased by 4.18 per cent over 2015, as measured by the StatsCan’s Crime Severity Index.

That means that the severity of crime in Nunavut, measured at 286.35, is about four times worse than Canada’s national average, which has seen a decade-long trend of progressively lower ratings since 2006.

Nunavut’s increased rating on the Crime Severity Index was driven by an increase in incidents of sexual violations against children and attempted murder, Statistics Canada said.

Nunavut reported nine instances of attempted murder in 2016, as well as one homicide.

Sexual violence against children also rose by 107 per cent, with 103 reported incidents in 2016—nearly 15 times greater than Canada’s national rate.

Fraud in Nunavut also exploded by 61 per cent from 2015, but the territory still had the lowest rate for fraud compared to other provincial and territorial jurisdictions this year.

Impaired driving in Nunavut during 2016 also grew by 23 per cent, with a rate now more than three times the national average.

Robberies decreased by 48 per cent from 2015, StatsCan said.

But Nunavut reported an increase in break-and-enter offences, as well as violations related to the administration of justice—such as disobeying court orders—which ultimately contributed to a growth in Nunavut’s non-violent crimes category on the Crime Severity Index.

Among the other territories, Nunavut was the only jurisdiction to report a growth in its Crime Severity Index during 2016.

The Northwest Territories still maintains a slightly higher rating than Nunavut on the Crime Severity Index, but registered a nine per cent decrease in its rating from 2015.

Nunavut’s rating on the violent crime severity index is still the highest among all provinces and territories, at 407.66.