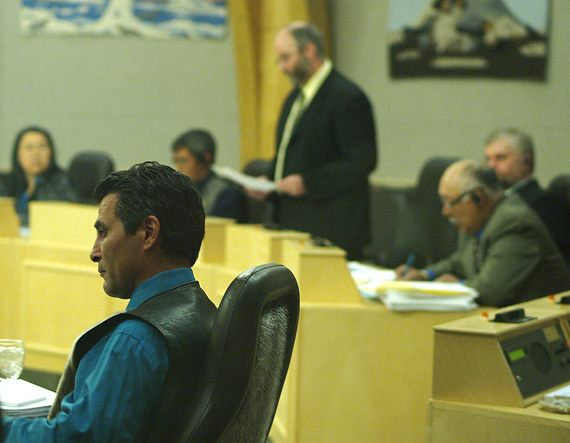 The proceedings of the Nunavut legislature will be available to an expanded audience after Jan. 1, 2014, following a decision by the CRTC that orders satellite TV providers to carry the Nunavut and Northwest Territories legislative channels as part of their basic service package for subscribers. (FILE PHOTO)

If you’re a fan of the Nunavut legislative assembly channel, Aug. 8 brought welcome news, courtesy of the CRTC.

In a decision, the CRTC ordered all direct-to-home satellite TV providers serving Nunavut and the Northwest Territories to carry the Nunavut and NWT legislative assembly channels as part of their basic subscriber packages.

“Citizens of the North will have better access to legislative debates as the service operated by the Legislative Assemblies of Nunavut and the Northwest Territories will be added to the basic service of satellite television subscribers in those two territories,” the CRTC said in a news release.

The decision is likely to have its greatest affect on Bell Satellite TV subscribers in Nunavut. The order takes effect Jan. 1, 2014.

The CRTC also renewed a mandatory distribution order for the Aboriginal Peoples Television Network for another five years.

“This is the only service in the country to exclusively offer content by and for Aboriginal peoples. As such, it contributes in an exceptional manner to Canadian expression and reflects attitudes, opinions, ideas, values and artistic creativity that would otherwise not be seen on television,” the CRTC said.

This means all cable and satellite television distributors in Canada must offer APTN as a basic service to all subscribers.

But the CRTC did not give APTN the higher per-subscriber rate they had requested in their application to the regulator.

The CRTC also denied mandatory distribution requests from 12 other proponents, including Vision TV and the Sun News Network.