“We are in a dire shortage of public housing” 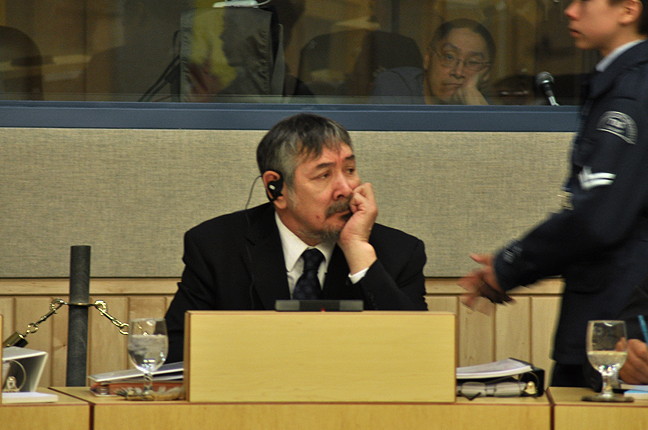 George Kuksuk, minister responsible for the Nunavut Housing Corporation, said May 26 he would have his staff look into the issue of staff housing vacancies in Nunavut. (FILE PHOTO) 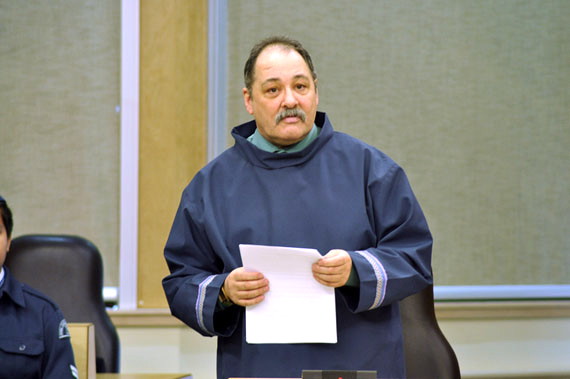 Tununiq MLA Joe Enook grilled the housing minister, George Kuksuk, on opening day of the legislature May 26, on why some staff housing in Pond Inlet are left empty for years while his constituents suffer in overcrowded housing. (FILE PHOTO)

“We have been talking about housing in Nunavut for a long time now. Can the minister see what he can do about those government houses which are not occupied?” Enook asked Kuksuk.

“Yes, I will ask my staff to look into this,” Kuksuk replied.

“I understand your question, and I will be coming back to you on this issue. I will take the question as notice,” Kuksuk answered.

Earlier during question period, Enook offered Kuksuk an idea of what to do with empty staff housing units.

“I have not personally been asked this question… therefore I cannot provide a response,” Kuksuk said, adding that consultation with the community would have to occur first.

In 2014, the housing corporation ranked Pond Inlet as the second most needy Nunavut community in terms of housing, behind Iqaluit.

And during the 2014 fall sitting of the assembly, Kuksuk announced 45 new public housing units would be built in Nunavut in the 2015-2016 fiscal year–equally divided between the communities of Arviat, Pond Inlet and Kugaaruk.

The NHC’s capital budget for this fiscal year remains steady at slightly more than $34 million, but when finance minister Keith Peterson released Nunavut’s budget this past February, he said NHC would get an additional $20 million to build or acquire more staff housing.

Enook asked Kuksuk May 26 for an update on how that $20-million has been used to address the issue of longstanding vacant staff units.

“We’ll have to work with other departments in order to move ahead to deal with the vacant units because there are issues outside of our jurisdiction. For that reason, it takes a very long time,” Kuksuk replied.

There are different reasons why the units are empty, he added, such as government jobs not being filled.

And because some units are owned privately, some by the Government of Nunavut, and others leased by the private sector, the issue is complicated, Kuksuk said.

But Enook wasn’t the only MLA to ask Kuksuk about community housing needs in the assembly May 26. Hudson Bay MLA Allan Rumbolt also asked Kuksuk if a final list of which Nunavut communities would receive staff housing was available yet.

And Rumbolt asked what actions the housing corporation has taken, in cooperation with the GN’s Department of Community and Government Services and the Qulliq Energy Corp., to assess the availability of lands and infrastructure capacity for communities being considered for the list.

“I cannot give you that info today as we have not finalized the gathering of information from communities,” Kuksuk replied.

(An earlier version of this story referred to a 2014 announcement from George Kuksuk of 45 new staffing units. It was in fact 45 new public housing units.)